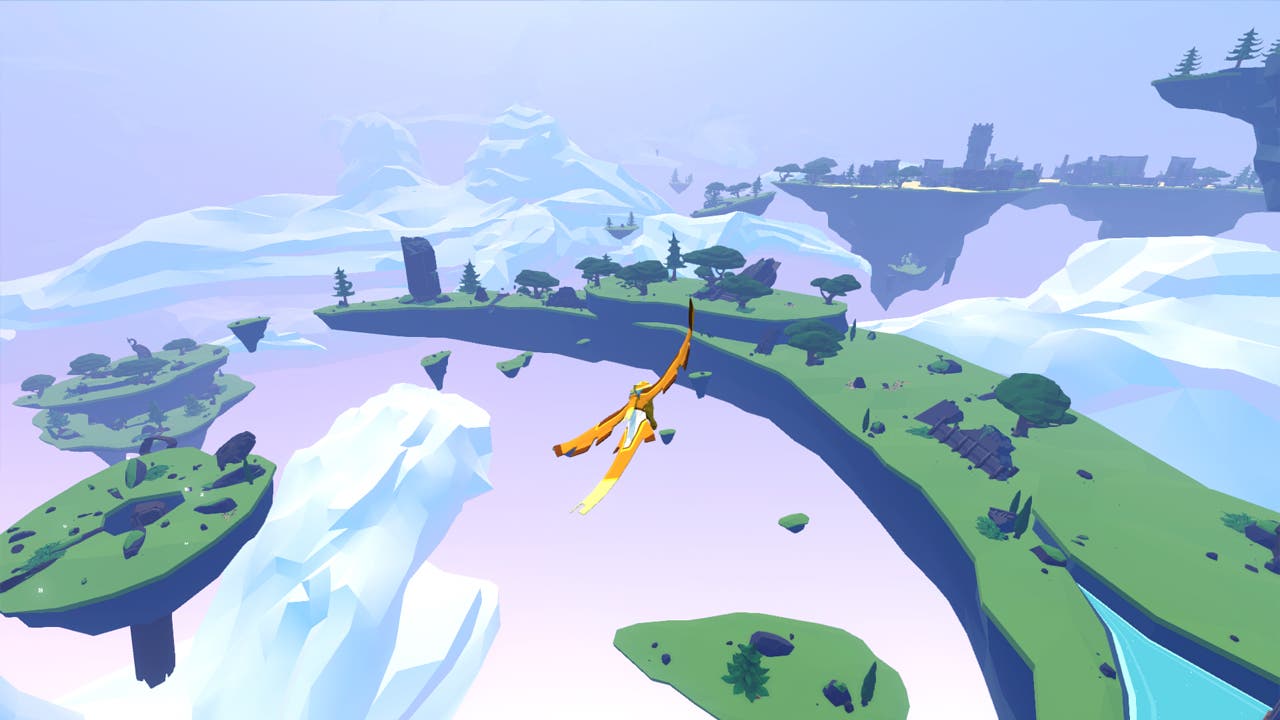 AER: Memories of Old opens promisingly; you are treated to a brief exploration experience in a mountain cave that shows off the game’s beautiful flat-shaded, low-poly art style and familiarizes you with the game’s “lite” dungeons. At first blush it seems you’ll be embarking on an adventure rich with intrigue and dynamic locales full of puzzles and ever-expanding lore. Once you leave the cave and get your first glimpse of the vast realm of floating islands, you could be forgiven for thinking that there’s a great deal to do in this world. However, once you begin bouncing from landmass to landmass and looking closer at what’s around, you discover that the world of AER is more superficial than substantive, and there just isn’t as much to the game as it first lets on. 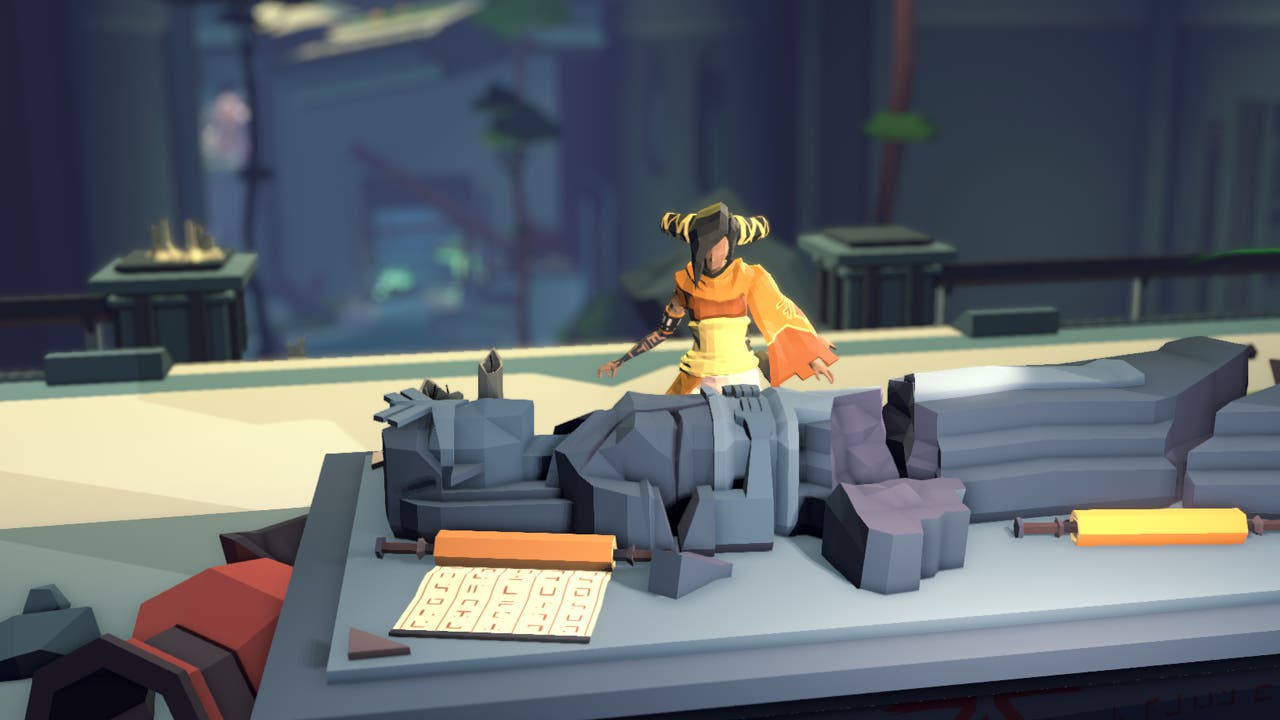 AER wisely begins with a healthy dose of spectacle; between the action sequences in the first cave and the revelation that your character, Auk, can shape-shift into a flipping bird, the game starts off strong. Flying around in Auk’s bird form feels really great, with simplified flight controls that are not terribly demanding and give you a lot of freedom to move how you’d like, navigating in the air is a breeze.

The setup is also generally a good one. Auk is a shape-shifter embarking on a pilgrimage to learn the secrets of her people’s past, in hopes of saving the world from the great evil lurking in a distant part of the world. Granted, this isn’t treading any new ground, but there’s a good bit of mystery in the setup, and a strong implication that there’s a lot to be revealed as you go. The thing is, once you dig in and start progressing, all you really uncover is more mystery without many answers, which stops being less of a mystery and more just a lack of detail.

To be fair, there are large stone tablets scattered around the world which tell a lot of the game’s back story and fill in blanks, but only some of them are really “on the way,” and many require you to explore the small islands surrounding your objectives more thoroughly to uncover. I’m all for digging into lore in games, but I don’t generally enjoy having to do a lot of extra leg work to get at it.

AER‘s world map is broken into large areas, each with its own minor variation on terrain or weather; the differences are often subtle, but distinct enough that you can mostly tell them apart at a glance. Each named area has one primary land mass that guards access to either the primary or secondary temple you need to enter. The three primary temples each hold a piece of the ancient artifact you need to banish “The Void,” and each of them requires a key to open which can be gotten from the nearest neighboring secondary temple.

The game at least makes it easy to know where you should go next, and each temple’s front door comes with a clue about the location of its key, and key locations you need to visit are highlighted by narrow pillars of light to help draw your attention. These are smart decisions, because honestly a lot of the islands look very samey at a distance.

That being said, I still managed to get lost pretty easily for around ten minutes in the beginning of the game while searching for the first temple. More specifically, I spent a bunch of time hopping around between small islands looking for things to do and coming up fairly empty handed. A handful had some tablets to read, or ethereal memories of previous inhabitants expelling some kind of thought, but smaller bits of side content? Not so much.

So I focused on completing the first temple, with the tacit expectation in my head that I’d likely gain some other new ability to aid in my quest by the time I had completed it. I solved a few puzzles by adventuring between rooms and hitting switches to open doors, maybe even some kind of minor combat ability to engage in a light fracas, but no; the piece of the tablet at the end was the sole reward to be had.

AER is primarily intended to be an exploration-based, experiential game. You move through the world, interact with the environment, and uncover pieces of the story via character interactions and text blocks delivered by a smattering of tablets and ghosts. In that way, it feels like a Diet Zelda title, with the barriers to progress kept relatively low in favor of allowing the player to move through the game and see all that it has to offer.

The thing is, I think AER needs to do more with what it has. It does a good job of setting up a large world to play in and gives you everything you need to explore it in the first fifteen minutes, but that also means exploration is the reward, and if that’s going to be the case there needs to be a lot more meaning behind whatever discoveries you’re making. The world needs to change, or you need access to new abilities, or the story at least needs to be compelling, and in practice none of these things are the case. 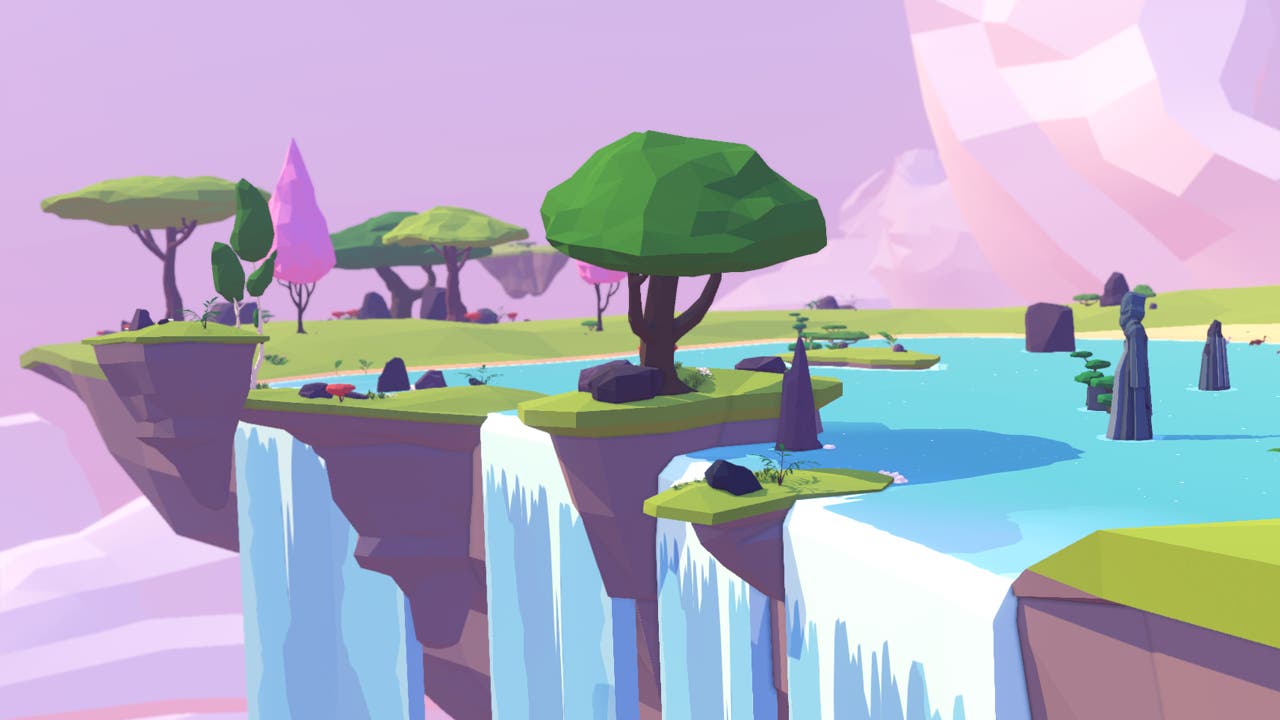 The other glaring issue with AER is that it has some pretty serious performance issues, some of which seem largely inexplicable and many that occur during key moments. More specifically, the game’s frame rate is all over the place. Most of the time it hovers around 30fps, in some cases while exploring interior areas it will jump up to 60 (or something close), giving us a glimpse at how beautiful this game really can be in motion. Those moments are rare and fleeting, though, and the numbers are just as likely to dip inside of temples as they are to spike.

More frequently, the frame rate will dip noticeably into the 20s or even the teens, especially during cutscenes that play when you complete objectives and are making major story progress. It seems that the simple change of the camera cutting away to a different angle is enough to destabilize the engine, and the result is that nearly every big “moment” was compromised by lurching frame times and the illusion being completely shattered.

Honestly, I think these issues are what really broke the experience for me. I’m all for prioritizing storytelling and environment building and even general experience over flashy gameplay, but for that approach to work, the presentation needs to be flawless, or as close to that as possible. The sudden frame dips during cutscenes and moments of world exploration (even moments that don’t seem taxing for the hardware) undermine much of what AER is trying to achieve.

Unfortunately, it’s worth noting that this story is the same both in handheld and docked modes. The extra power that comes along with having the Switch connected to the TV doesn’t seem to help, or if it does, its immediately compromised by the higher resolution output. 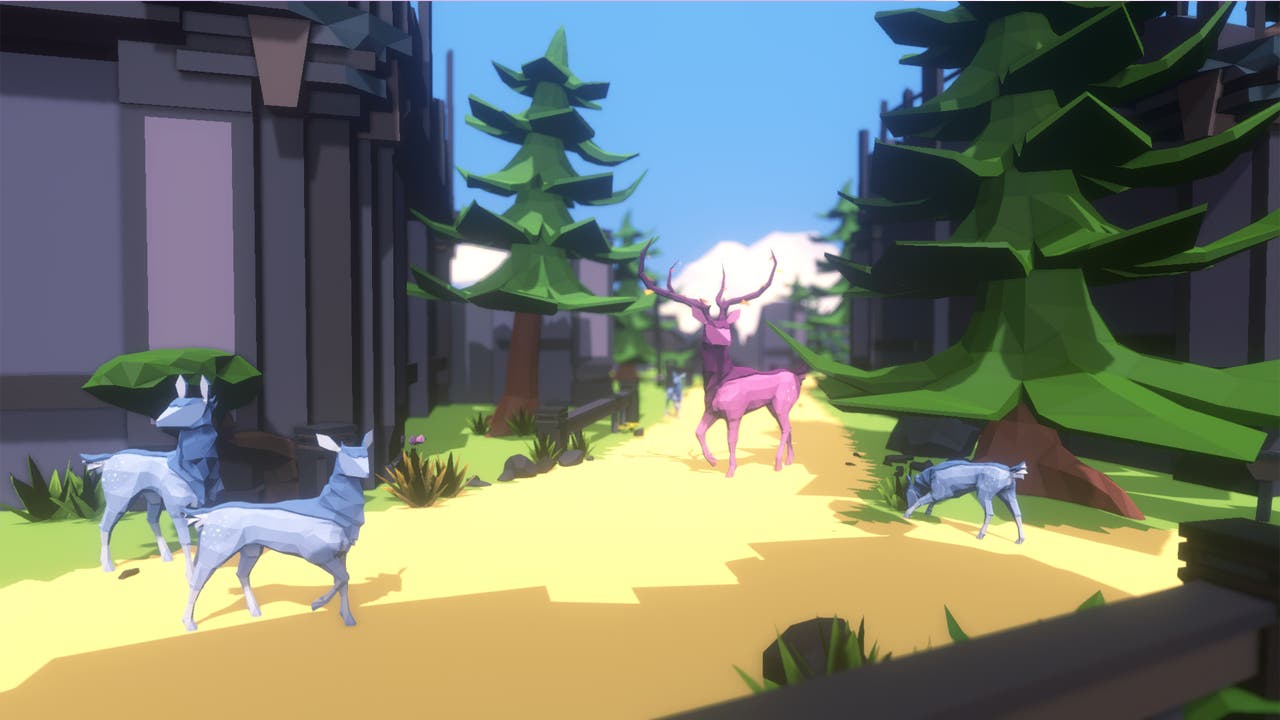 AER: Memories of Old makes a strong first impression with its lovely art style and lofty goals, but the experience often has its wings clipped by a shallow premise, serious performance issues, and not enough content in the areas at which it excels.