Frontline Zed is a tower defense meets top-down shooter that has a strategy layer in-between. From a gameplay perspective, it’s reminiscent of flash games like The Last Stand whereby you have to maintain a barricade between you and the zombies or risk being killed, all the while you’ll have to scavenge for guns and survivors to make your way across America to get to a military destination that will provide safety and refuge from the zombie apocalypse. This of course easier said than done, and Frontline Zed provides the right amount of entertainment that makes it worth your while.

Frontline Zed comes with a single campaign currently, called “Defiance” which offers about two hours of gameplay on the Normal difficulty. There’s two difficulties to choose from: easy or normal. Normal is well-balanced, and offers a little bit of challenge. On the main menu, there’s two more campaigns listed: “Origins” and “Aftermath”. The developer says that these campaigns will add a couple of more hours of gameplay, and come as a free update.

There’s not much in the way of a tutorial, nor does it need one. There’s a splash screen that teaches you to try to shoot in a way that will catch as many zombies in a spread as you can. And then of course there’s one to tell you aim for the head, which everyone must know at this point. The controls are basic, and is basically a game about moving and shooting. But in actuality, given that you’re at the edge of the screen, behind a barricade, I found very little need to move. 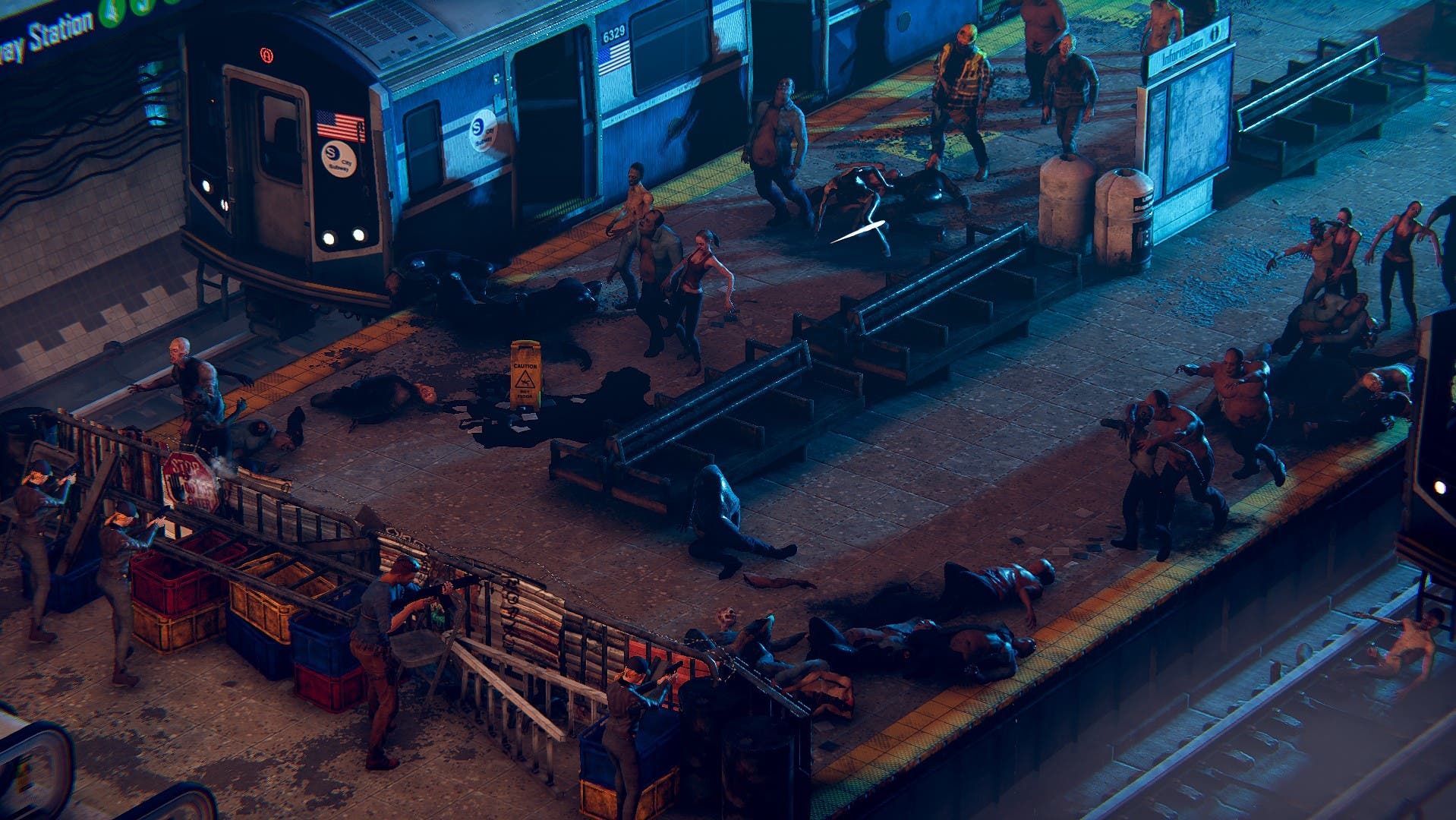 For a game about zombies, and killing them, they are not really the center of attention. I think this is mainly due to the fact that the same set of zombies are used in every level. You’ve got your slow, shambling ones or the slow ones that become agitated and fast. While there are varied looking zombies, there’s only a handful you’ll see. Don’t expect to encounter new zombie types just for the sake of it. There’s also no bosses to fight, so no supersized zombie must be taken down. Frontline Zed doesn’t go over the top with their zombies, and it’s something I appreciate in the design.

When you’re not shooting, you’re looting. Between defenses, you’ll be tasked with searching and scavenging the immediate area for survivors and weapons. You are given eight hours to conduct these searches before the next fight. So you have to use your time wisely, and be strategic. Each building has a specific time that it will take to search. You can use this time to also repair damaged barricades, or mix and match the two. The RNG on searching is painful sometimes, as you may spend all of your time looting, to actually come away with nothing to show for it. As you continue in the campaign, you’ll pick up survivors who will fight alongside you. The AI is not very bright at shooting the nearest enemies, but they do help. You can only have a maximum of four survivors to help you, but it does make a difference. Which makes it ever so painful when you lose one or more. 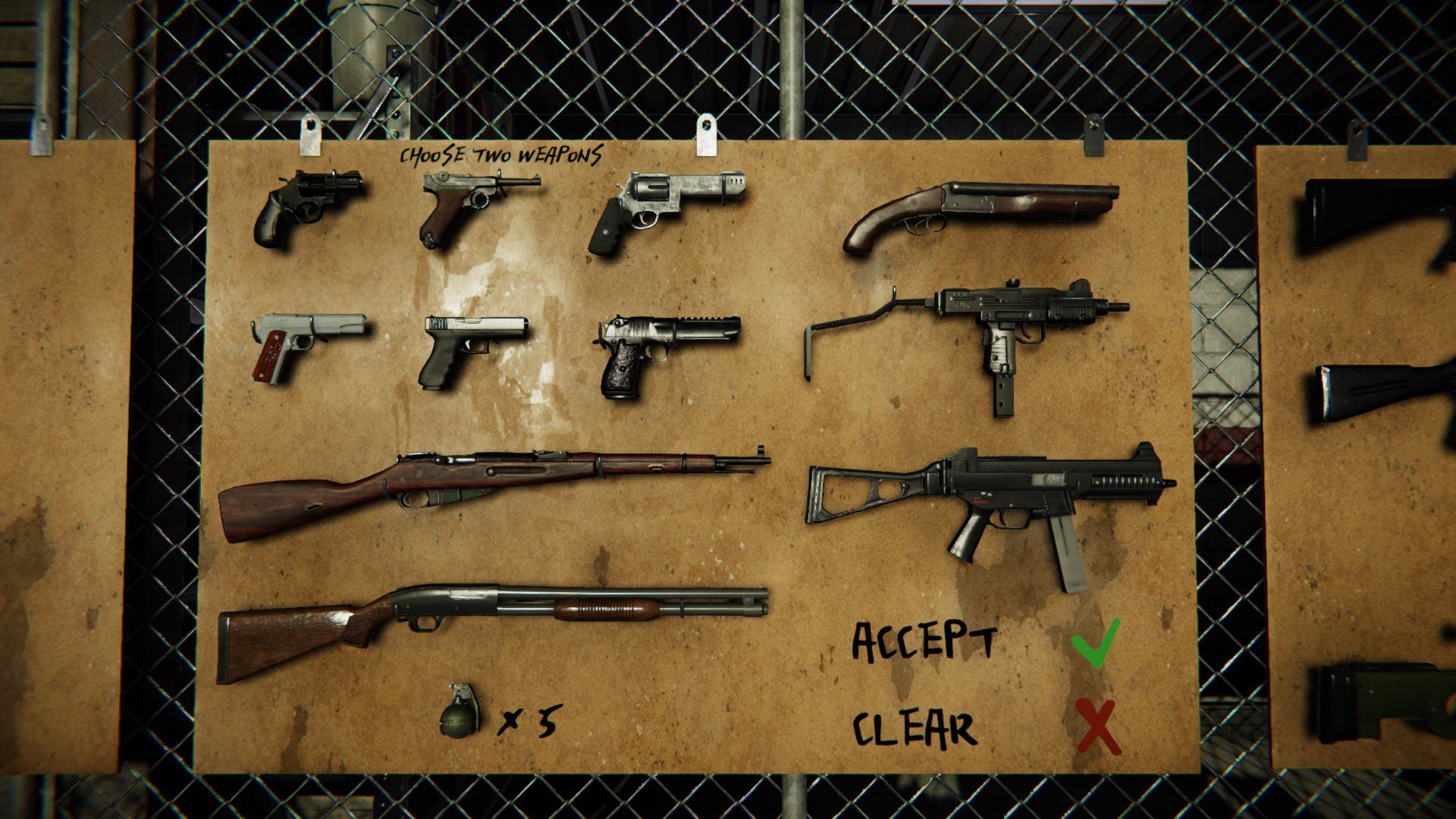 You’ll spend three nights per location defending it across twelve locations for a total of thirty-six stages. Yes, doing all of that in about two hours is pretty fast, but it just feels really good. Each location you visit looks unique, and gives you a different perspective of the defense. Sometimes you’re on the left, right, top or bottom, and it’s just enough to help. There are some really beautiful scenes, and the blood spurts look really good too, to compliment it all.

There’s absolutely nothing offensive or missing with Frontline Zed. There’s certainly some “nice to haves” I’d like to see added to the game: Perhaps an upgrade system for weapons and barricades, a harder difficulty, a New Game+, an option to tell your AI buddies where to focus their fire, and so on. You do have an armory of all the weapons you’ve collected, it’d be awesome if you could outfit your companions with weapons, and if they die, the weapons they have go with it. Even without this stuff, I had a great time and I’m thinking about diving back in for a new campaign. 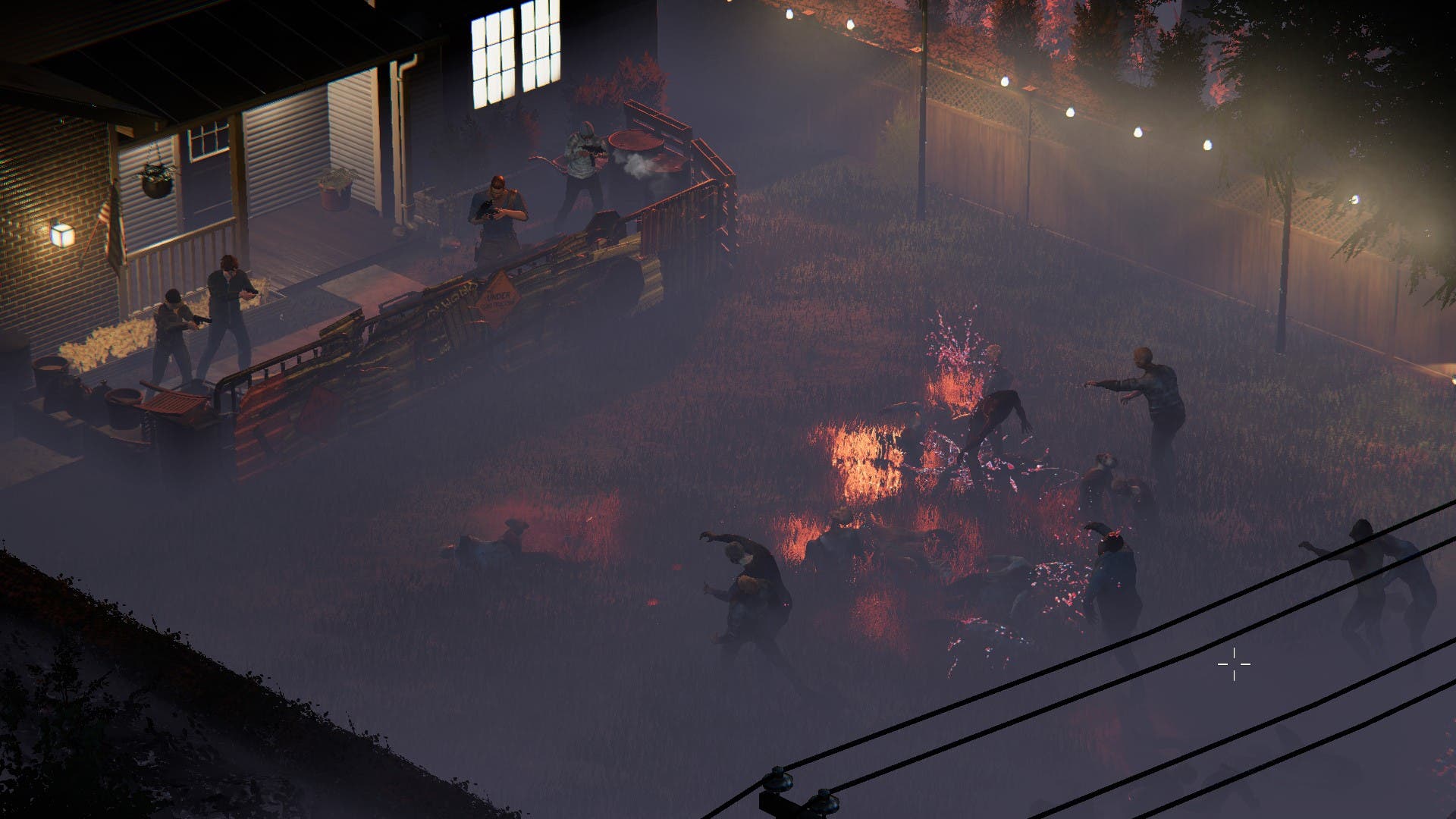 There’s a minimalistic approach to Frontline Zed that’s worth talking about. The HUD is kept to only showing vital information, so you’ll see how many bullets are left in your gun (which all weapons have unlimited ammo), and the health of the barricade. There’s no scoring or wave counter, but it does feel like they exist in the background. Especially the scoring as it does keep track of kills for achievement purposes. 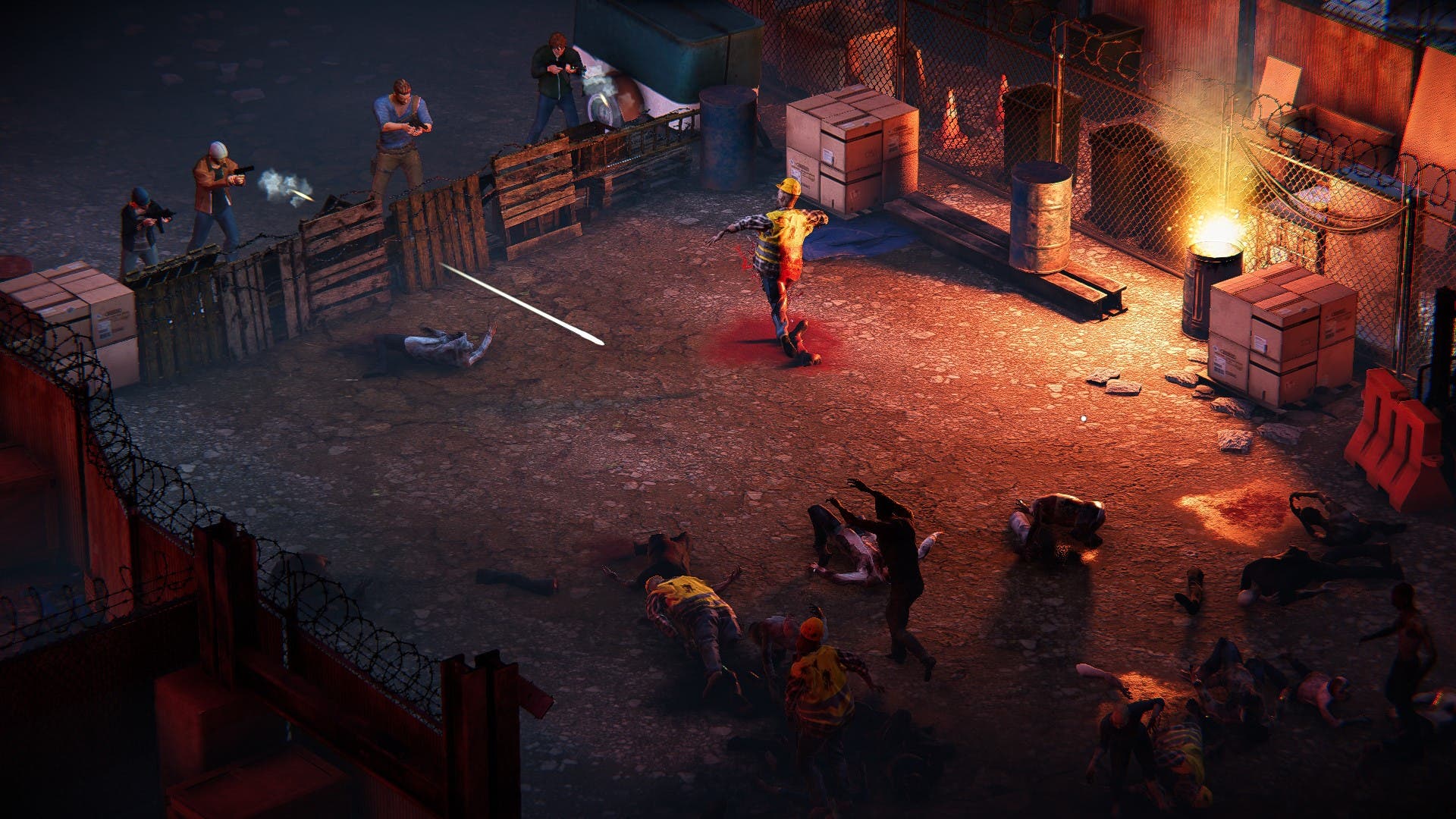 Frontline Zed is clever as it is simple. It’s a well-made game that doesn’t overstay its welcome, because it knows when to leave. Volcanic Games didn’t introduce too many ideas that bloat or otherwise compound the experience in any way, so your time with it is never frustrating or dull. Frontline Zed‘s straightforwardness might turn away some, but it was just the bite-sized experience I’ve been looking for.