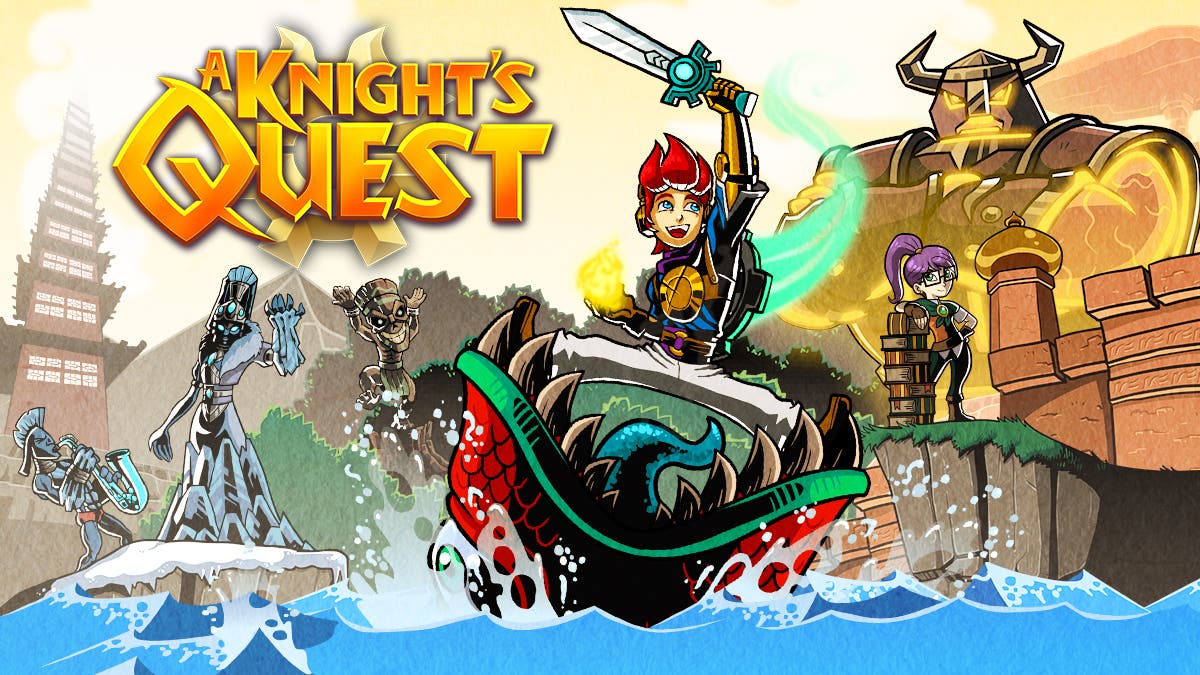 As a fan of adventure games, when a new title releases I take notice. Immediately when see A Knights Quest, I though the colorful visuals looked charming and cute. The gameplay looked reminiscent of Zelda. Colorful world, zany characters, I was filled with excitement and ready for a new journey. While it didn’t quite manage to live up to that initial reaction, A Knights Quest did grow on me. 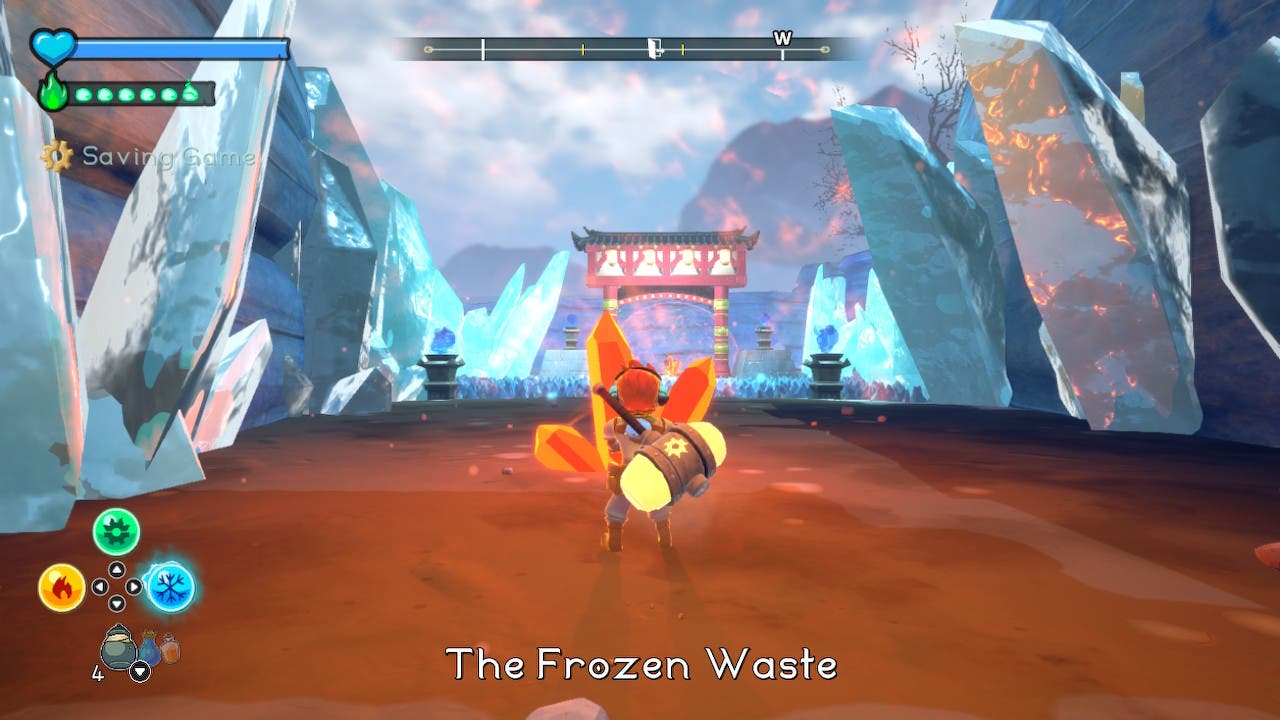 The story starts off simple enough with Rusty, a young looking man who seems rife for a life of adventure. While exploring an early on location, things don’t go quite as planned and accidently unlocks a larger threat. Soon everyone in the town is talking about it and Rusty does what anyone would, tries to fix the problem he helped created.

After the initial intro, players are shown the hub world and map that leads to other locations. The main idea here is Rusty has to gain the help of three spirits in order to stop the world ending problem he started. It’s a basic premise and one that is just enough to keep the story going. 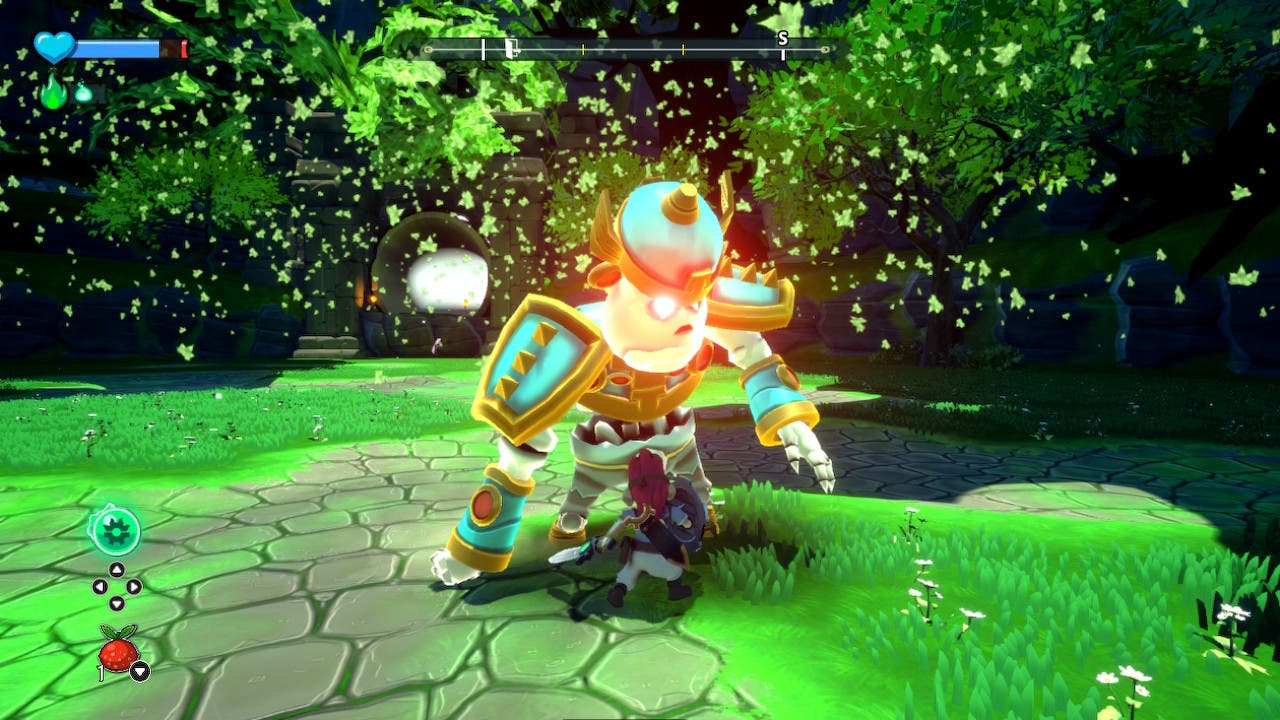 When traversing the world, Rusty can jump, wall run, and engage in combat and puzzles much like other games in the adventure genre. Here everything looks extremely colorful and designed with some great aesthetics that remind me of other games in the genre. Nothing stands out particularly original but nothing here is offensive either. It fits into the more family friendly genre and it ripe for all ages.

While Rusty explores further he unlocks more spirit abilities like the ability to cast wind or turn into a snowball. These add into the puzzle elements that players will experience in each location. Sometimes the simplest solution is the one hardest to see and I had a few moments just like that here.

Combat and platforming are two of the biggest elements in A Knights Quest and it’s a mixed bag here. Exploration and platforming is rather well done. Rusty feels a bit weighty but also the physics involved with the jumping mechanics feel good. I never felt like the game was on auto pilot with its jumping elements. The wall running is fun if a bit simple. The rail sliding is also another fun but used element taking from other games. Still, I came away having fun with that portion.

Combat on the other hand was a huge mixed bag. It features a lock on system much like prior 3D Zelda games and the actions for combat are decent enough. Rolling, blocking, and attacking. It’s the attacking that just feels extremely weightless and non-reactionary. The hits feel artificial and almost as if not hitting anything when swinging. It’s the biggest misstep of the entire game and with so much combat being a focus, it hurts the feel overall. 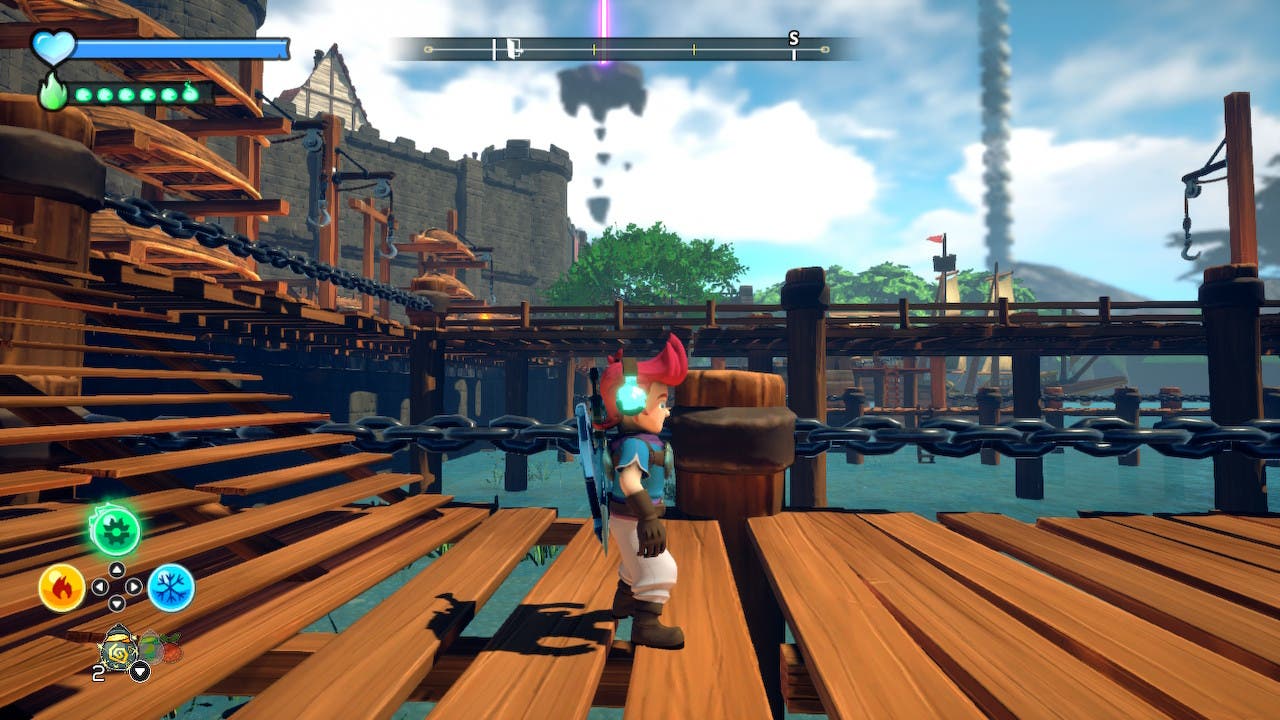 A Knights Quest started off a bit rough for me and I thought perhaps my expectations were set a bit too high after having watched the trailers. Luckily over time, the best elements of its world, exploration, and it stellar music won me over. The combat is so close to feeling good, but just can’t quite get there. Overall I’d still recommend fans of this genre to check it out. A Knight’s Quest has a great adventure in store, only missing the mark just barely.