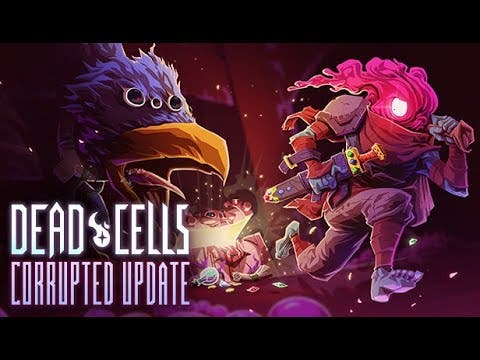 Bordeaux, France – Nov. 6, 2019 – Motion Twin and Evil Empire announced Yet Another Big Update™ for Dead Cells today – the Corrupted Update. The update is now live on PC with Xbox One, PlayStation 4 and Nintendo Switch to follow in late November.

The Corrupted Update adds a new optional mini biome – mirroring Prison Depths – which offers shorter challenges featuring one cursed chest at the beginning. Additionally, the Corrupted Update introduces Scroll Fragments which can be combined to make a whole triple scroll. Experienced players should also appreciate the Recycling Tubes, a new meta upgrade that is unlockable when beating the Hand of the King for the first time in Dead Cells’ initial unlockable difficulty, BC1.

Specifically for players heading into battle in the higher difficulties, Recycling Tubes replace the starting gear with four sets of five random items (melee, range, shield and two skills) and players can choose which one to start with. This is designed to smooth out the difficulty of the first level for advanced players, giving you a bit of momentum and getting back to that sweet sweet feeling of kicking ass right out of the gate.

Other additions to the game include the Explorer’s Instinct (a new rune which reveals the whole map and points of interest), a complete rebalancing of the biomes and paths, and three new Tactics mutations: Crows Feet, Tactical Retreat and Networking. Crow’s Feet allows you to place up to nine Crow’s Feet on the ground to damage and slow enemies, Tactical Retreat gives you the ability to slow nearby enemies, preventing them from inflicting malaise by dodging them just in time and Networking links all enemies that have a projectile lodged in them, sharing damage taken by one with all linked baddies.

With a ton of quality of life additions straight from the community wishlist, all the details can be found here: https://dead-cells.com/patchnotes.

Dead Cells is an award-winning roguelike metroidvania action platformer. Explore a sprawling, ever-changing castle … That is, assuming you’re able to fight your way past its keepers. To beat the game, you’ll have to master frantic 2D combat, with the ever-present threat of permadeath looming. Winner and nominee for dozens of Game of the Year awards in 2018, the title has undergone a series of updates and continues to evolve based on its feedback from its awesome community.

To keep up with the latest Dead Cells news and updates, make sure to follow @motiontwin.