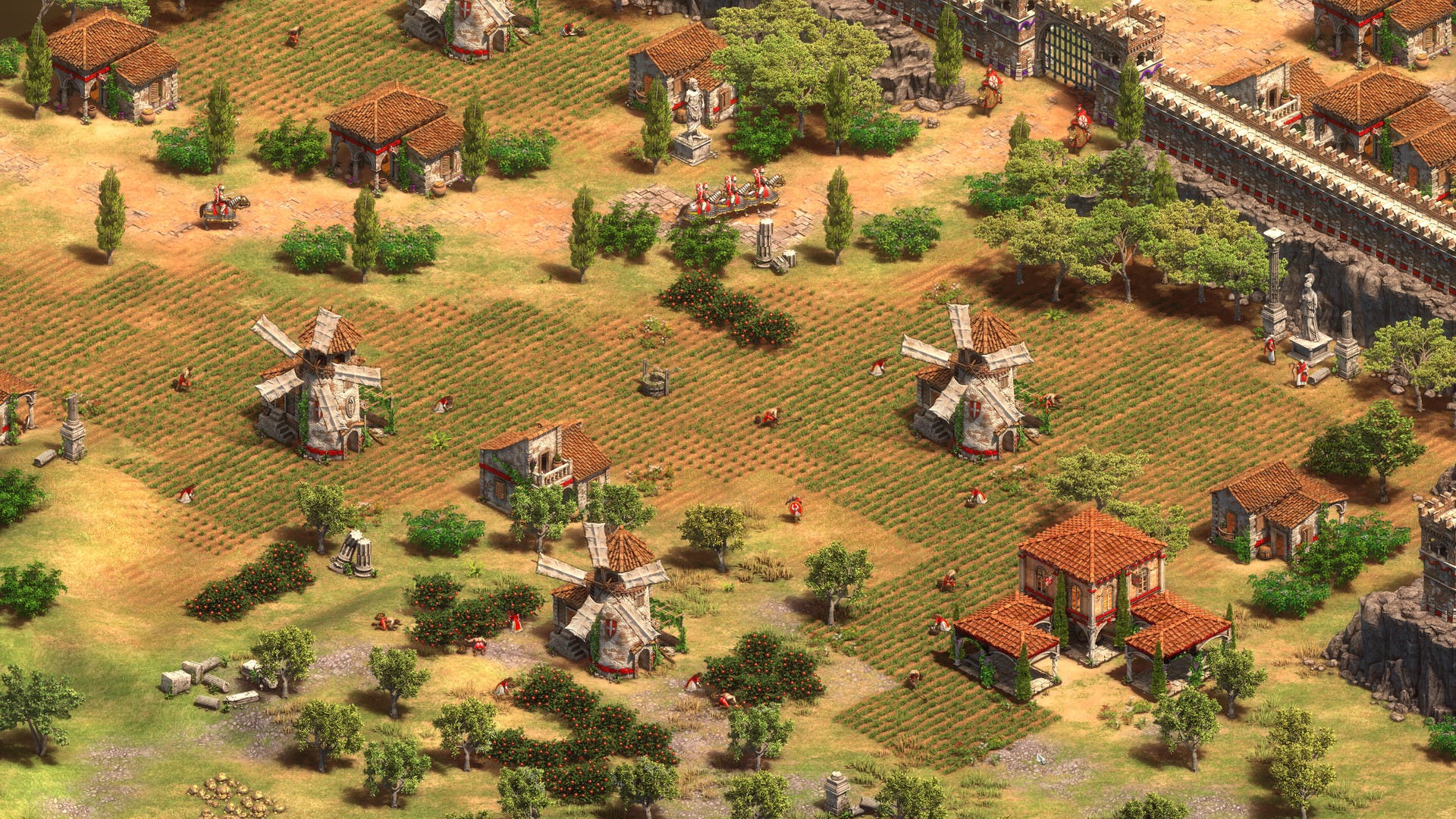 What’s in “the box”? Age of Empires II: Definitive Edition comes with the original game from 1999 plus the first expansion from 2001, The Conquers. Then there’s the three expansions that were made for the HD release: 2013’s The Forgotten, 2015’s The African Kingdoms, and 2016’s The Rise of the Rajas. There’s a fourth expansion that comes in the Definitive Edition, The Last Khans. It’s an absolute steal for $20 to get a hundred-plus hours of content across 20 years of game.

There’s a lot new to the game, too. More so than with the HD Edition (2013). Campaign missions have been cleaned up and modernized, so it doesn’t feel so early 2000s when playing it. The UI is scalable, and you can now zoom in and out. Animations have been improved, mainly when buildings and walls crumble. Drag-select has been improved, you’ll know longer select non-military groups. You’ll be able to select them separately without wasting time moving units around. You’ll be able to view your objectives when in a campaign missions, and there are accompanying achievements for your efforts.

The meat of Age of Empires II: Definitive Edition is the three main modes: Campaign, Historical Battles, and The Art of War.

This is by far the most story-driven, and gameplay dense. Civilizations from Africa, America, Asia, and Europe are to play as in their own unique stories and missions with varied objectives. You’ll be able to jump in and out of each of them, as you can make individual hard saves. The campaigns are dictated by ruler of civilization. So you’ll play as William Wallace of Scotland, Ivaylo of Mongolia, and Joan of Arc of France. They stay mostly historically accurate, but offer the ability to diverge when needed. The old campaigns feel as fresh as ever, and the new campaigns fit in as if they’ve been there for the past 20 years.

If there was anything to say against the campaigns, is that there’s no markers on individual levels or the campaign to show you’ve completed them. Outside of the steam achievement and accompanying Xbox achievement, there isn’t. It would be cool to have, but is no way a real problem. 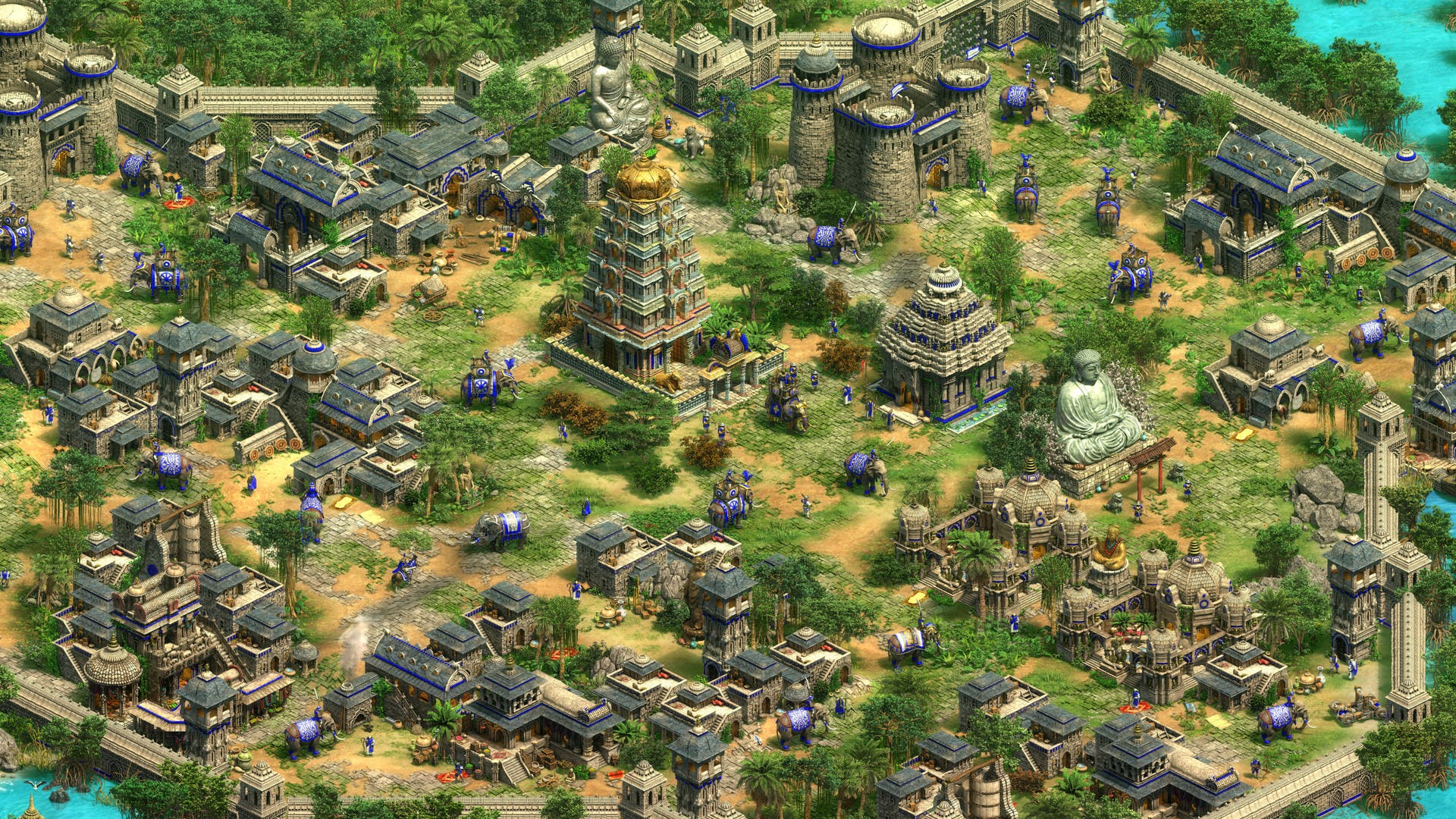 There’s fifteen in total to experience, where you replay famous battles of varying civilizations. Since they are historical, it is strict to follow the exact structure and will not allow you to stray. So you have to deal with the victories and losses that comes with them. It’s a nice change of pace from the story, and even skirmishes. It offers a real challenge you don’t find elsewhere.

The Art of War

There’s five Sun Tzu challenges to take on that are somewhat short as far as time invested. They take around 10-15 minutes each. Completing them will earn you medals: bronze, silver, and gold for your performance. These challenges are really useful in helping you ramp up your APM and early game economy. At the end, you’ll be given a conclusion video based on how well you did. I found it to be yet another wonderful aspect of the game, that feels absolutely necessary. 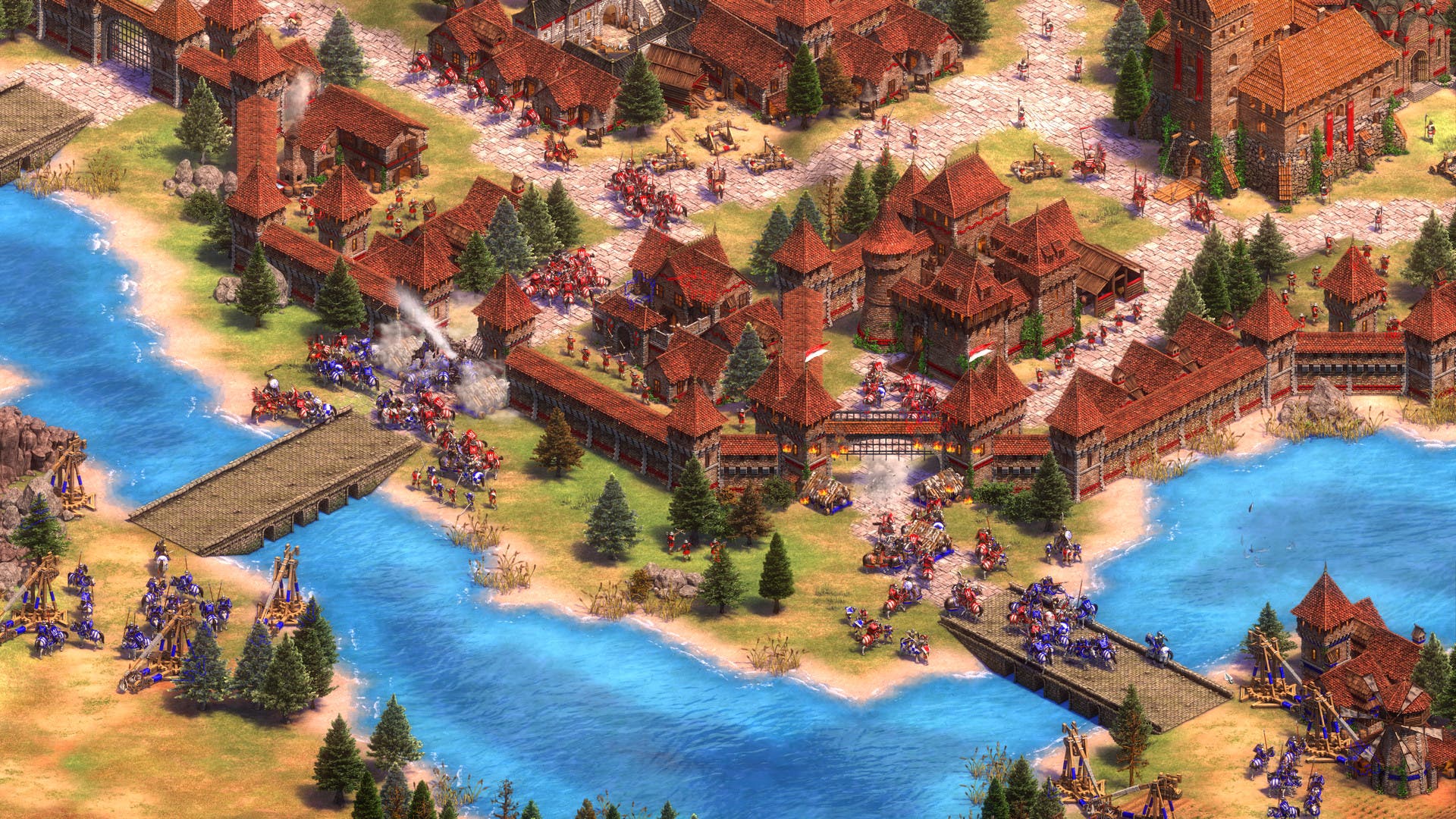 The core of the game is to: explore, build, and conquer. A lot of the game can be won by turtling up and having good defenses. But along the way you’ll have to gather resources like: wood, food, gold, stone, population. This is all done in real-time, and utilizes build-queues. You’ve got a standard game which are AI skirmishes, and multiplayer. You have your choice of AI difficulty: Standard, Moderate, and Hard. Units and buildings have abilities, and offer unique buildings and creations. Once you’ve collected enough food and gold, you can progress to the next era. If you do this fast enough, you’ll be more advanced than the other civilizations around you, and will have the upper-hand. It’s a game where you always feel in control.

In pre-release, I saw a Limited Time Event called “Empire Wars”. It’s where you get a pre-built base, thrust into the feudal age. It jumps to mid-game and allows for a faster game. I hope to see more of these as the game gets released, because it changes things up and while I enjoy the whole aspect of progressing through the eras, there’s something really cool with a faster tempo. 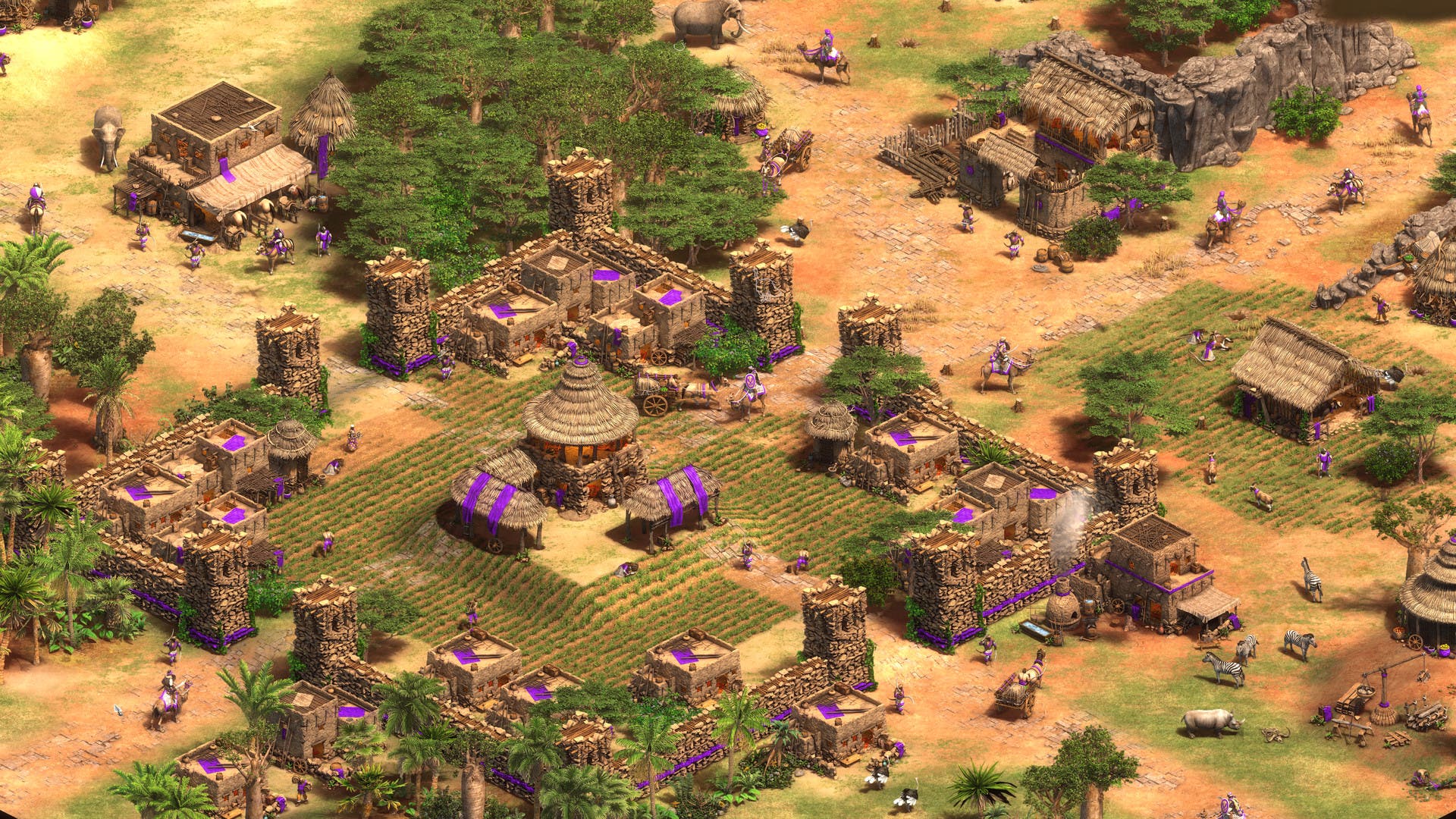 The soundtrack, apart from the visuals has received a huge amount of effort. You can now choose between the Standard, Classic, Reverse, Dynamic, Immersive, or Shuffle soundtracks. I sided with the Dynamic and Immersive soundtracks most of the time, but there’s something for everyone here. There is an optional Enhanced Graphics Pack that you can install when playing the game in resolutions higher than 1080p. So this is a game that scales both in size and graphics options, so that older laptop has the ability to play this game and you don’t need to install everything. It’s an absolutely beautiful game that doesn’t show its age in the way that Age of Empires II: HD Edition did. The differences are night and day.

Multiplayer is a lot of what people come to Age of Empires for, and has been a long time for people to really get together to play. There’s now cross play between the Steam and Windows Store versions of the game. There’s better matchmaking, leaderboards, a spectator mode, improved game balance, and a shared community between Steam and Windows Store players. At the end of a game, you get an end-screen that’s full of statistics to share and pore over. Lastly, the multiplayer supports clans, to which you can create and level up as you play matches and grow your community. 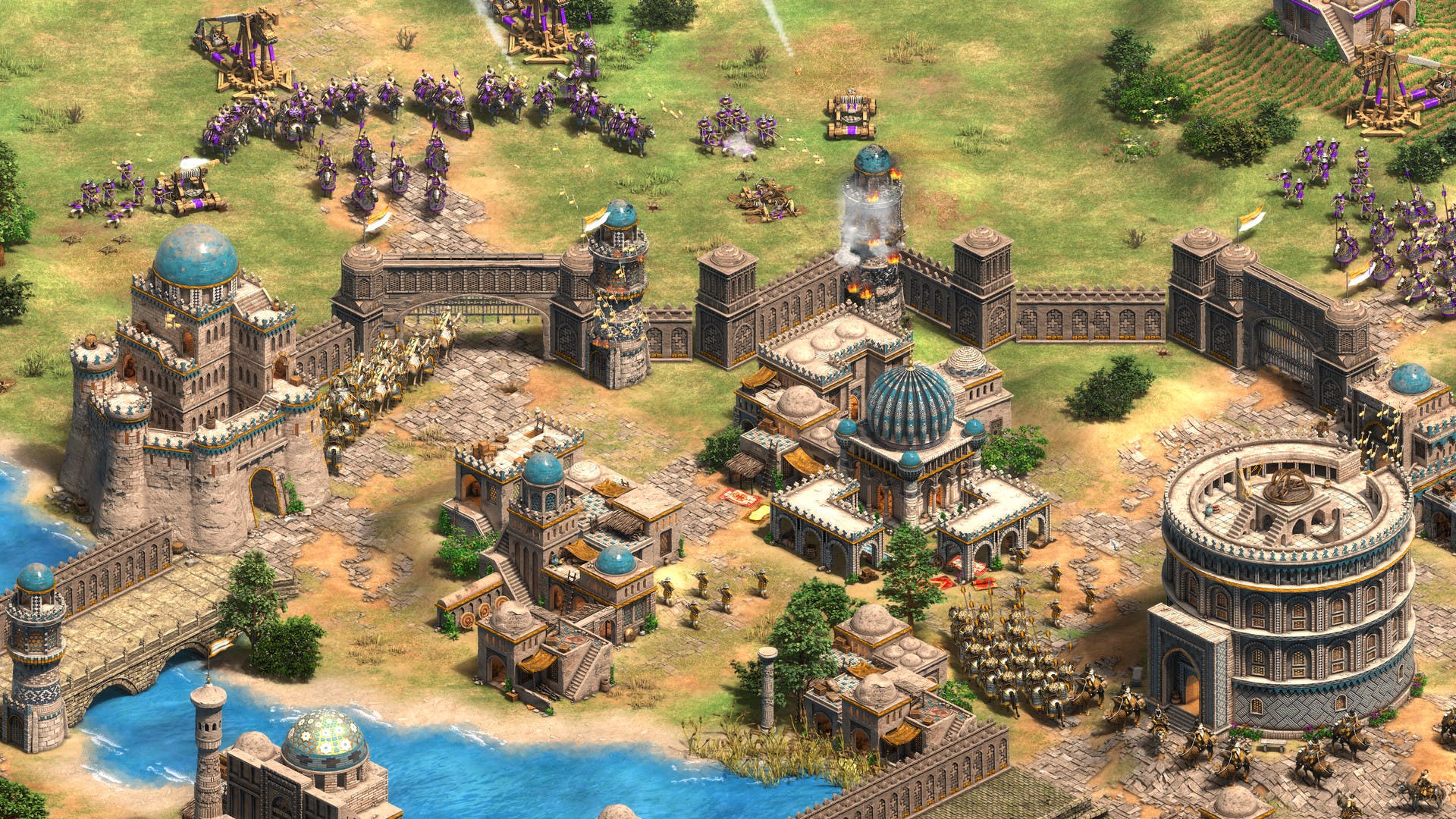