Sniper Ghost Warrior Contracts goes the HITMAN route, with segmented, stand-alone playground areas to accomplish your tasks. After being given a technologically advanced mask, you are given missions by Handler. Who this person is, but they belong to shadow organization that needs wet work done. That’s where you, only known as Seeker come in, a faceless assassin (as opposed to the named and faced protagonist of games past). There are three difficulties to choose from: marksman, sniper, deadeye – there’s no dramatic difference between them, but sniper was the one I played on and felt balanced. Locations are available in a linear order, so only one at a time is available until you beat the current. From there you’re briefed like forty-seventh agent and deployed to Siberia, which is reminiscent of Sniper Ghost Warrior 2 DLC that focused on this area.

As it’s in the title, this is a game about sniping; it’s not all too dissimilar from Sniper Elite, but in a modern/futuristic setting. Each shot counts, and measuring wind, distance, and height matters in achieving “one shot, one kill”. Stealth is a symbiotic element to the game, but not a requirement by any means. You have binoculars to tag targets and gain information about the environment like a broken wall or an unstable surface. Your sniper rifle can be many forms. You can purchase heavy snipers, or special snipers that vary in range and lethality, as well as the ammo they carry. There’s also secondary weapons like assault rifles or shotguns, neither of which can be equipped with suppressors. So they are considered to be last resort weapons. Your sidearms can be equipped with suppressors, and they are preferred over your secondaries in almost every situation. You can even bring gadgets along, like mines that detect enemy’s presence and a drone to help you scout ahead. Sniper Ghost Warrior Contracts gives you every tool imaginable to work with, and it’s up to you when and how to use them. 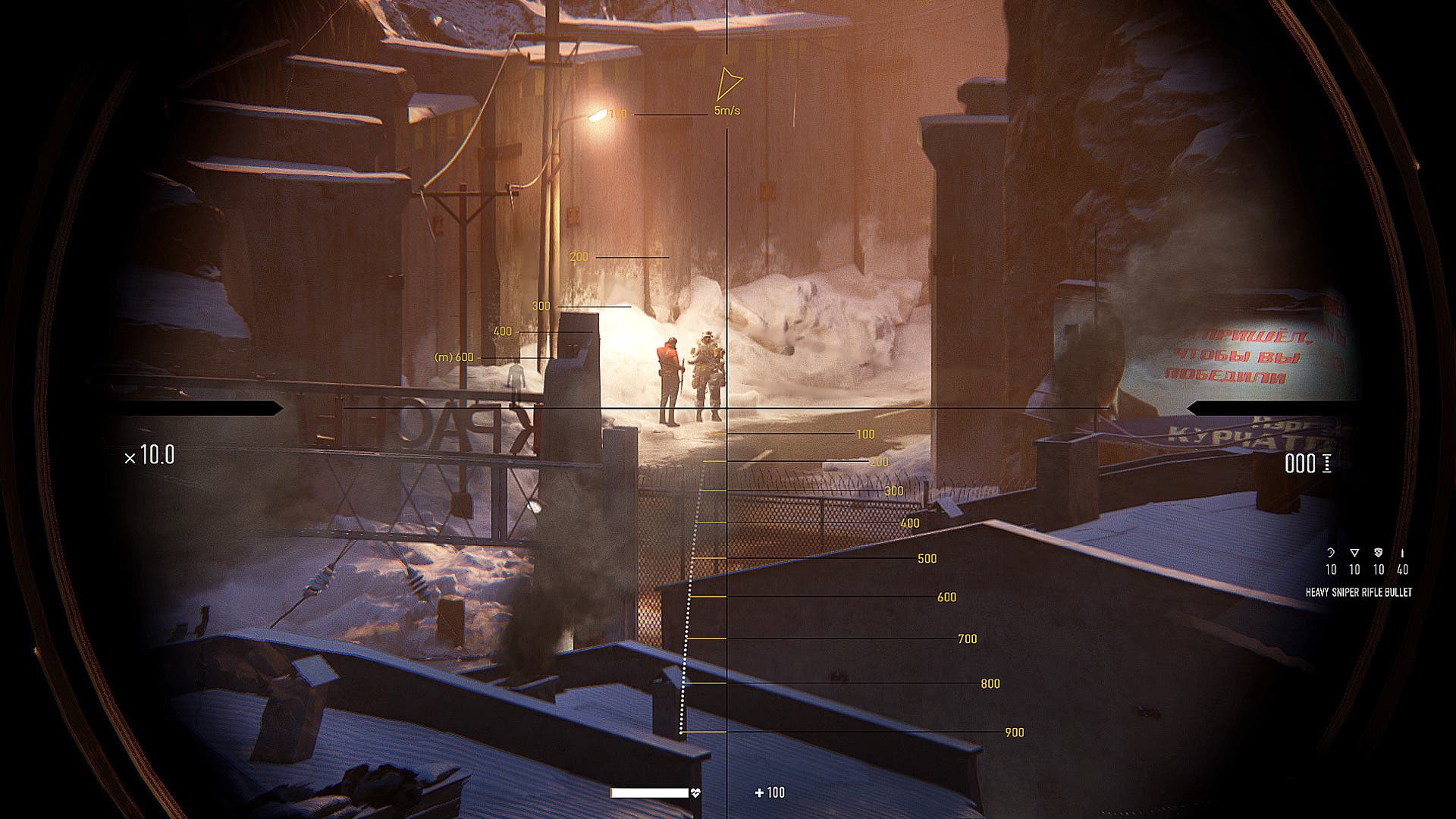 Siberia is broken up into five regions, and distinct maps. Each map is detailed and unique. The first location, Altai Mountains is a forest shrouded in darkness with only the moon the illuminate the area. The Kolchak Harbor is a coastal harbor caked in ice, and is the most visually pleasing and interesting places. The third location, Beketov Valley is a dense forest area offering the most geographically challenging yet boring place. Then there’s Arakcheyev Fortress, a base hidden in ice with narrow walkways and corridors. Lastly there’s Sibirskaya-7 Junction, a trainyard of rock and trees. Each location encourages exploration, and you’ll quickly learn routes and passageways. They exist mostly outdoors, but there’s some interiors to explore. All in all, the game feels compartmentalized without a hub area. It simplifies and condenses the game into a formula that is more exciting.

Each location provides a variety of contracts to complete. These range from assassinations of key individuals to retrieving information or sabotaging machinery, they all have a price. And they can be done in any order. While all the contracts are required for mission complete, you can return to the menu to modify your loadout and purchase upgrades. This is confirmed when you exfiltrate and upload data. It’s a weird structure but really interesting in the grand scheme. Aside from contracts, there’s challenges and bounties to complete. You can’t do each of the side activities in a single run, and replayability is encouraged and exciting to dive back in. My favorite part when exploring these areas is discovering rival snipers, out to complete the same mission you are. Taking them out nets a profit, and reduces the danger to you and the contract. Sniper Ghost Warrior Contracts is full of secrets, begging to be explored.

Money plays a large role, with payouts providing quite a windfall. This money is used to purchase new weapons, upgrades for existing guns, and skills as part of your personal development. The skill tree offers a lot of options for upgrading your character. You choose skills across different paths from your mask, suit, support, and gadgets. Later tiers begin to branch and you have to pick one or the other, like with camouflage where you can kit yourself for snowy or forest environments. It being a toggle doesn’t make it a tough decision. Other upgrades increase stamina, add armor, or allow you to loot when performing a takedown. No skill feels wasted or useless, and accommodates for all types of players.

Since you can leave to the menu to purchase weapons, then pick-up from where you left off, you’re encouraged to experiment. There’s no undo, but if a new weapon isn’t working for you, you can switch back. Upgrades are generally limited per weapon, but attaching suppressors, stability enhancements, and longer scopes are usually worth the investment. 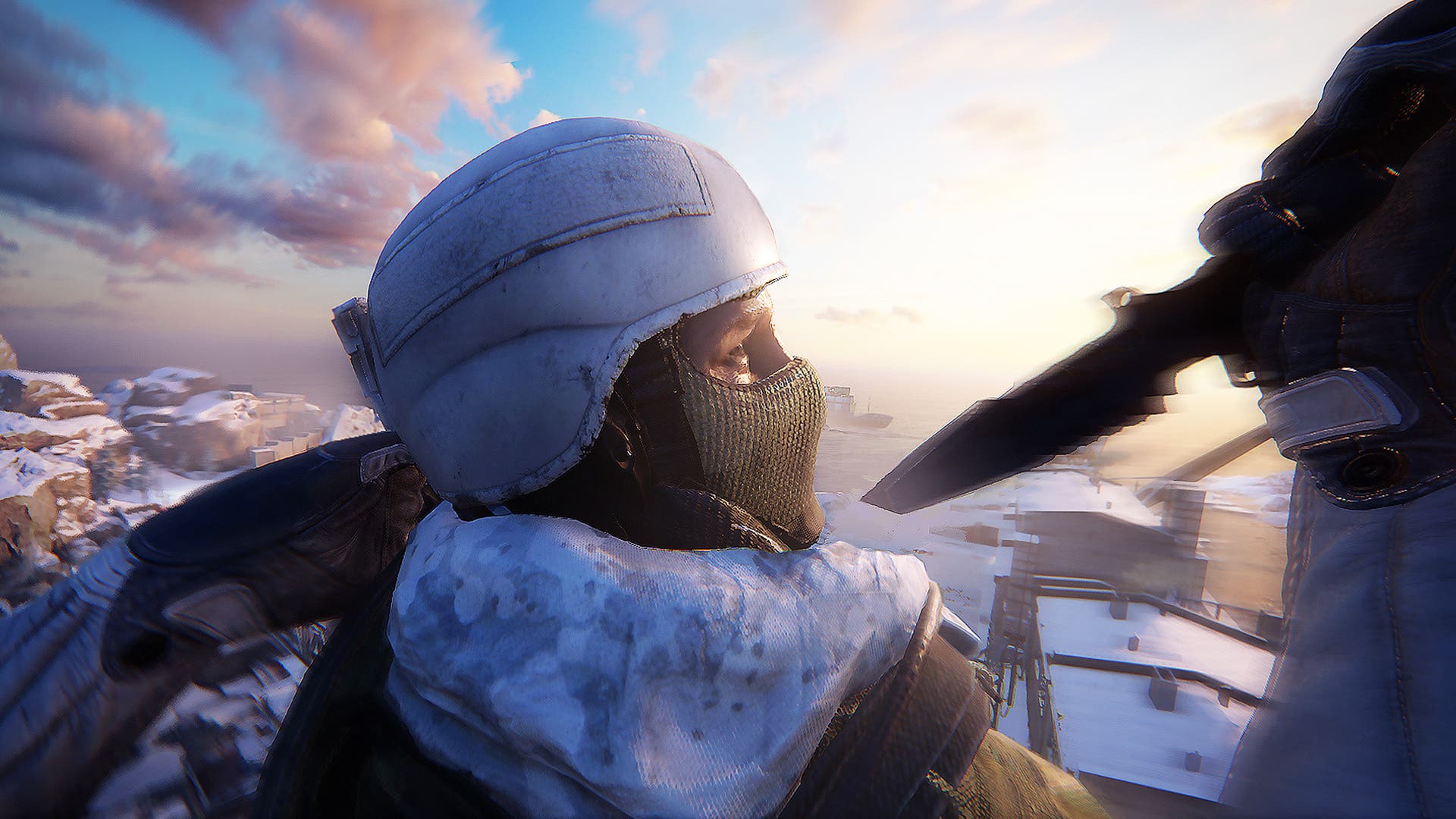 I really like playing with the enemy AI. They’re rather smart, like detecting your footsteps in the snow, investigating sounds, and converging on your location when spotted. So using sniper turrets for coordinated attacks, or using a drone to make them look up, or distracting with a simple rock never gets old. Isolate one, and you can interrogate them or stealth kill them. Now, when I say interrogate, it’s a generic interaction that the enemy will or won’t give you information. But it gets the job done. If you get into combat, your health does regenerate on its own, but in a firefight you can use a medkit to restore it faster. The game even accounts for the deadly environment of Siberia, as you take cold damage if you’re in the water for to long. It’s all of the little systems that make up what makes the game exciting to play.

It’s weird then that the game lacks a graceful transition when finishing a mission and returning back to the menu. It always comes across like you’re quitting the mission. During my time with the game, I definitely ran into bugs, clipping, scripting issues, and my mission map being completely devoid of helpful information. Most of these things would correct themselves, but they were annoyances nonetheless. It’s worth noting there’s a “Day 1” patch I don’t have while in this pre-release state, so it’s entirely possible for it to be fixed on or shortly after launch. My biggest gripe is a series long request: manual saves. While the checkpoints are plentiful and fine, I just really want the ability to save when I want.

This game runs on the Crytek engine, so it looks absolutely stunning and runs pretty well. I was hovering at 60fps with all settings maxed. This is a gory game, and there’s plenty of graphic kills to take part in as you dismember your foes. There’s not much to say as a majority of the game takes places in bright white snowy environments. The two forest areas are colorful and each have long draw distances that eschew the problems of the prior game. I was able to snipe enemies from nearly 500m away without a problem of pop-in or anything else. Aside from gameplay improvements, the graphic and engine updates work wonders here. 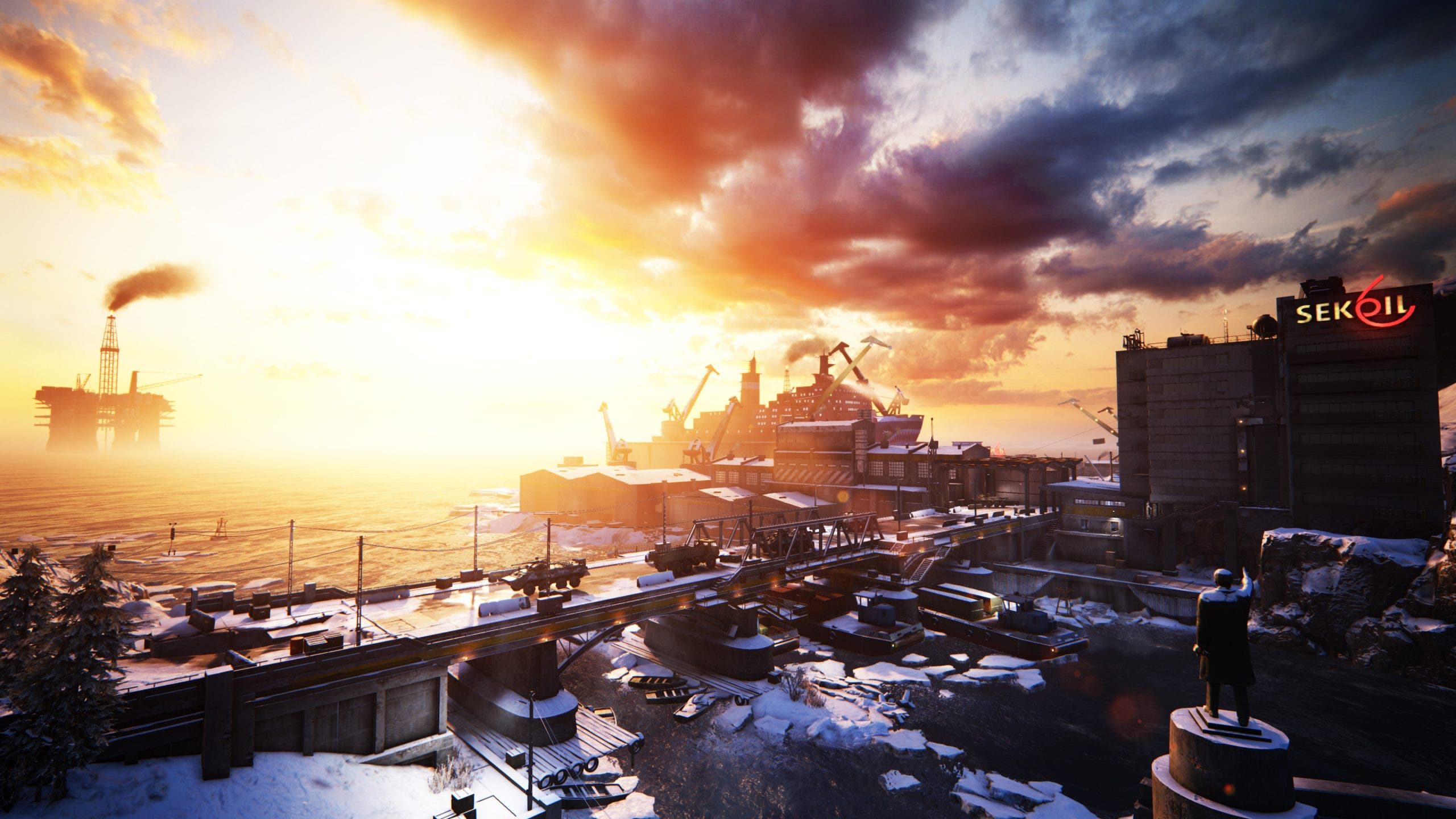 The shift from random sniper dude who I don’t care about to shadow sniper with cool tech is a big step in the right direction for the series. As is the segmented contract system, which is something I want to see a lot more of in DLC or sequels. Sniper Ghost Warrior Contracts is inventive and rewarding, with so many ways to tackle the contracts, challenges, and bounties – this is a game that celebrates its replayability. While there’s rough edges, this is the most satisfying game about being a sniper for a modest price. Sniper Ghost Warrior Contracts executes with enough precision to reach its target.