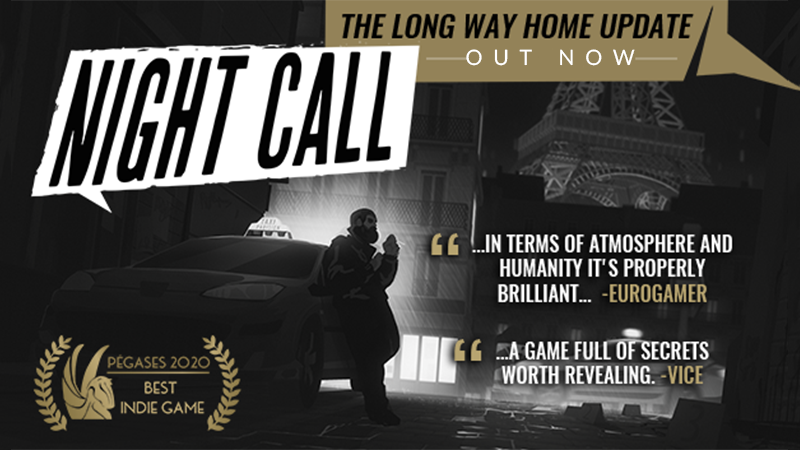 STOCKHOLM — April 17, 2020 — Raw Fury and indie developers Monkey Moon and BlackMuffin have released “The Long Way Home,” a significant content update for Night Call which adds a ton of new content and enhancements to the award-winning, narrative-driven, noir investigation game on PC.

Here’s what’s waiting for you in The Long Way Home update, free to download today on Steam, GOG.com and Xbox Game Pass for PC:

Night Call puts players in the role of a taxi driver in modern-day Paris, where a mysterious serial killer is stalking the streets. As a survivor of the killer’s most recent attack, you have seven nights to help find the murderer, or the police will pin it on you. Use your limited time each night to chat with passengers and gather clues, but don’t forget to make enough money to pay your bills! Can you solve the mystery before the meter runs out?