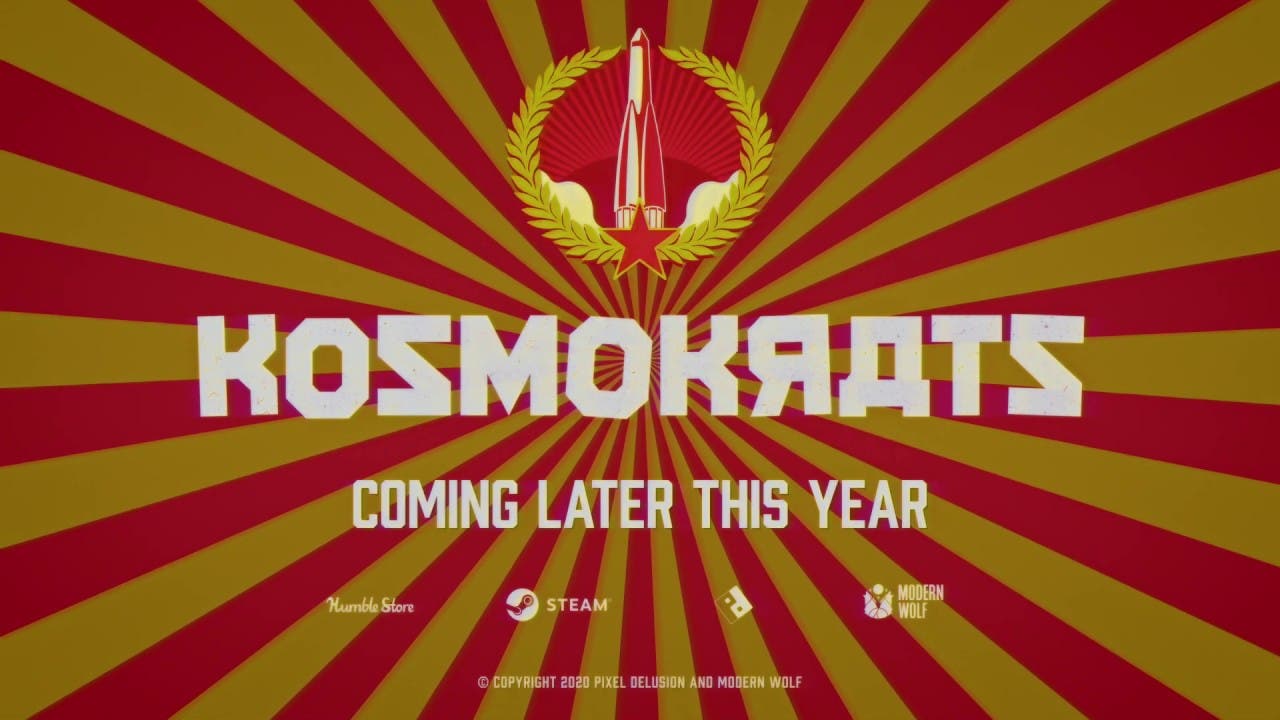 Join the SPACE FORCE in an alternate reality where Soviet Union never fell and upgrade from humble potato peeling duties to ‘comrade drone pilot’ to begin assembling and building space stations in a series of puzzle solving missions. Careful not to crush too many cosmonauts or to destroy the all important potato resources, or your Drone Pilot Supervisor Boris will never finish his paperwork.

Kosmokrats, with its tongue-in-cheek humour, vast branching narrative storyline – where player’s actions trigger in-game consequences – and addictive gameplay, will be released on Steam for PC in 2020. Enroll (or wishlist) on Steam today:
https://store.steampowered.com/app/1204410/Kosmokrats/

About Kosmokrats
Kosmokrats is the People’s zero-gravity puzzle adventure game. Pilot your drone to solve dynamic puzzles. Assemble a mighty space fleet to colonize the stars. Will you choose to build a socialist utopia? A post-human technocracy? Or a brutal dictatorship? The choice is yours, comrade!

Kosmokrats will be released on Steam for PC.