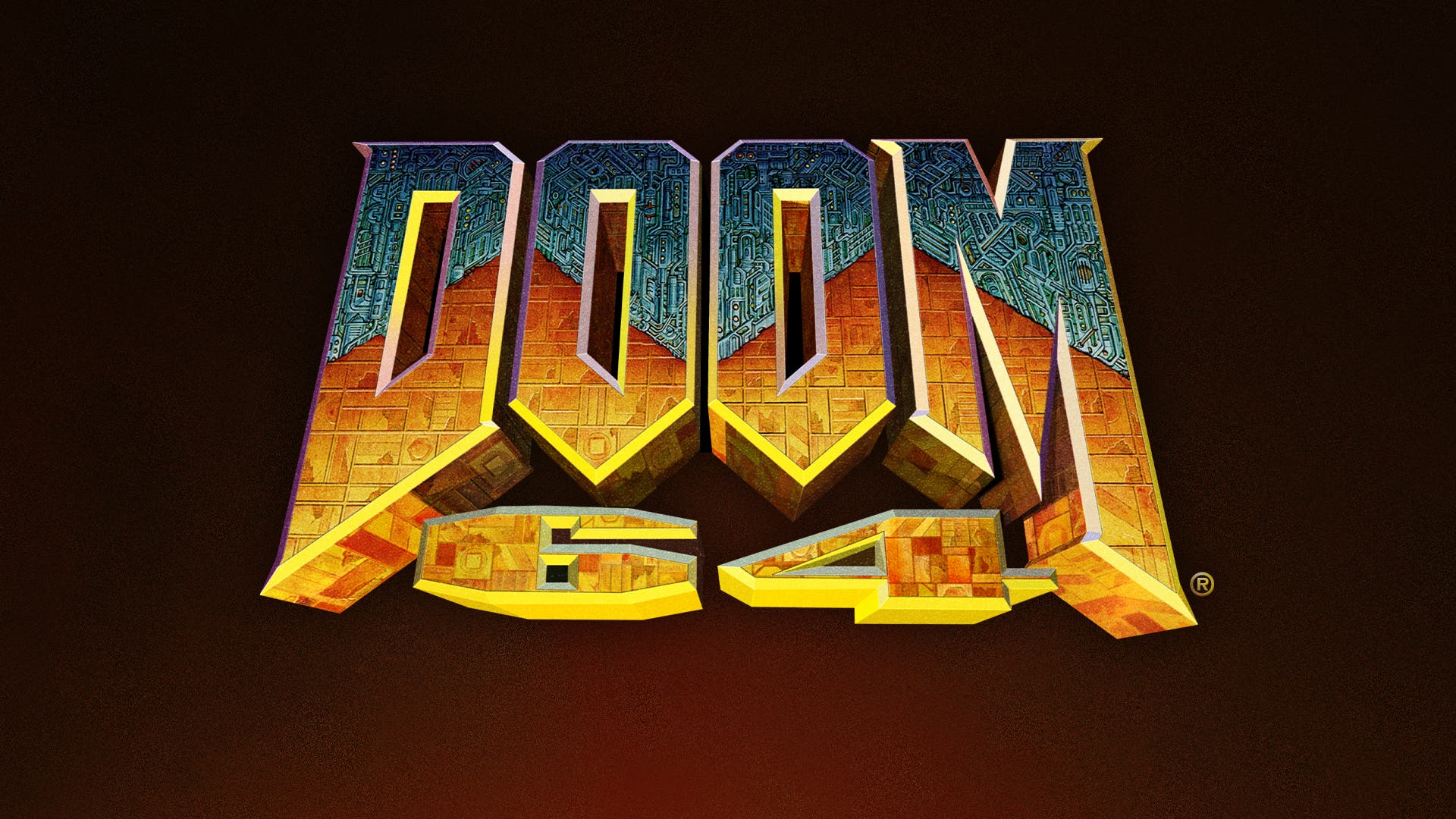 At last, 22 years after its original debut on the Nintendo 64, DOOM 64 comes back home with its release on Nintendo Switch, and it has truly never looked better. While this isn’t the first time this curious deviation from the mainline series continuity has been remastered, it’s the first official re-release of the game, and the first time the game has graced a Nintendo system (or any console, for that matter) since its modernization. And truly, it’s an excellent way to experience what is truthfully a classic DOOM game that so many fans have had few opportunities to play before, and arguably the most faithful way to play it on a modern system. 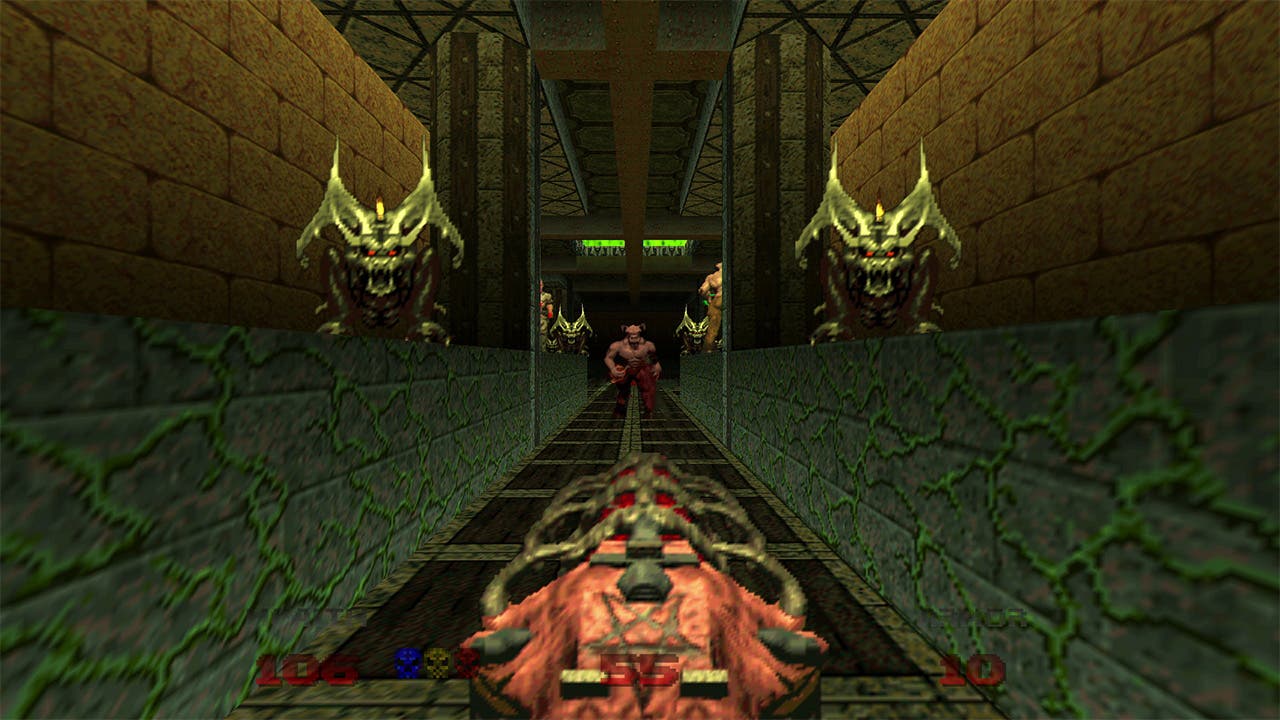 In it’s time, DOOM 64 was in fact an impressive game on Nintendo 64; the idtech engine did a great job of presenting a fully-realized 3D environment to roam and slay demons in, with a reasonable frame rate and none of the fog to hide short draw distances that was so pervasive in many games on the system. It was a proper DOOM title, made exclusively for the N64, and it even played reasonably well on a controller, due largely to the engine’s prior ports to the Sony PlayStation and Sega Saturn. While many DOOM fans dismissed the title as just another console port, console players were treated to a highly authentic (even if somewhat tweaked) DOOM experience.

Now thanks to Nightdive Studios’ extra love and care, DOOM 64 is available to a much wider audience. Gone are the low frame rates, muddy textures, and washed-out colors; DOOM 64 on Switch shines with high definition assets, rich colors and lighting effects which further amp up the game’s already gratuitous use of light and dark rooms, and a buttery-smooth frame rate. This is largely thanks once again to Nightdive’s excellent KEX 3 engine, their go-to tech for restoring beloved classics to their intended glory. Great tech and some impressive work in creating high-resolution textures and sprites, along with some fantastically remastered sound and music, all lead up to a well-polished package that feels great to play and experience on the Switch.

DOOM 64‘s level design was always very good, and the quality of those levels is really able to stand out thanks to improved visuals and seamless interactivity (as compared with the relatively sluggish performance on the original N64 hardware). The feeling of immersion is surprisingly total despite the game’s less than photo-realistic visuals, which is a testament to the quality of the game’s original design. The UI has some tweaks to make more effective use of real-estate on a console; most notably, the large status bar at the bottom is gone, in favor of a small set of numbers and indicators. There are loads of secrets scattered throughout each level, including some which contain power-ups for the game’s unique laser weapon (lovingly referred to by the community as “the Unmaker”), nearly all of the series favorite enemies are present, and the quintessential DOOM game play style of exploring the map, solving puzzles to find keys, fighting mobs of enemies, and ultimately leaving as much carnage in your wake as possible is very present.

The game controls really nicely on both the Joy-Cons and the Pro Controller, where in both cases movement feels natural and responsive. There’s even support for gyroscopic controls to help fine tune your aim, a feature I am finding more and more useful with each game that includes it. DOOM 64 implements it particularly well, probably owing to the single axis of movement making this feel more natural than it does in most other shooters. 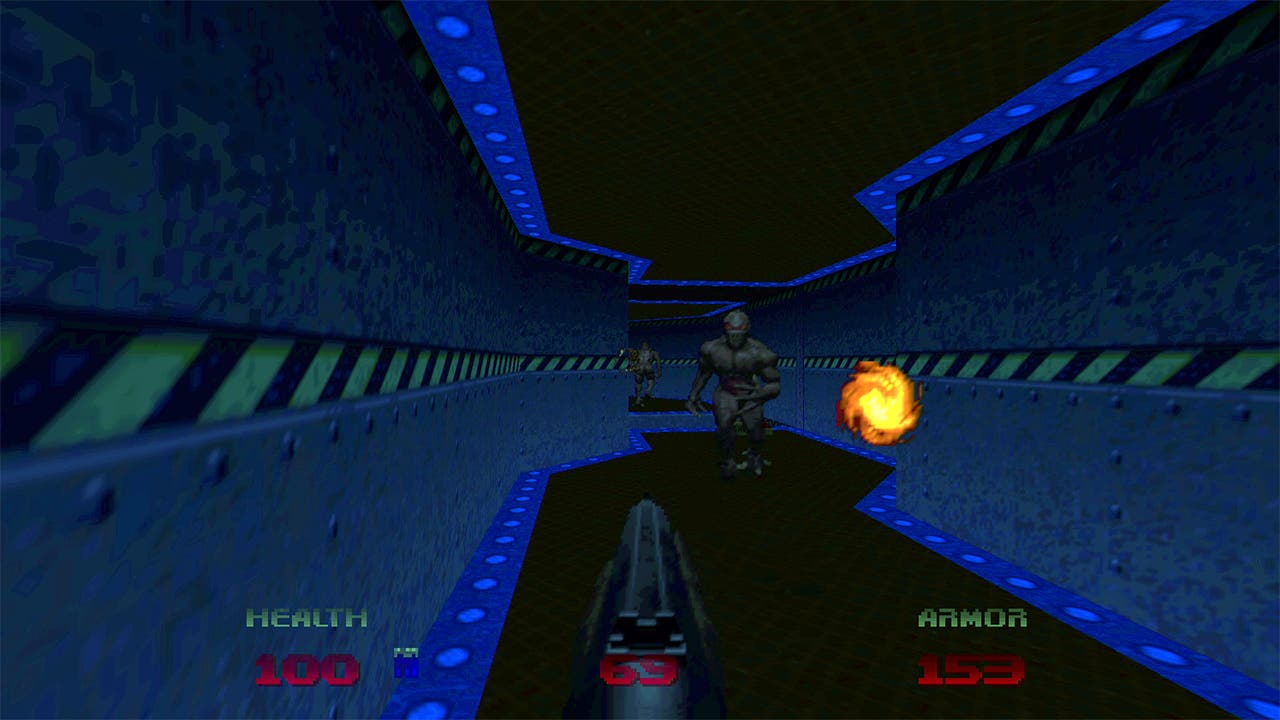 I tend to be a bit of a broken record on these points in reviews of Switch games, but the idea of playing DOOM 64 on both a large TV and a handheld console is especially fantastic for this game. While ports of older DOOM games have been available on computers and consoles for years, there is a special amount of added novelty here. HD remasters of DOOM games are plentiful, but considering this title has been officially locked to the N64 for over two decades (ignoring the unofficial source port, DOOM 64 EX, which this port is largely based on), this feels like a particularly special entry in the series. Seeing it come to life in all its glory feels like both a proper homecoming for the game, and a sense of closure for all of the nay-saying it received from die-hard PC players back in 1997. Similarly, the original DOOM has appeared on smartphones and has been unofficially ported to nearly every handheld platform you could imagine, but none of that compares to holding a proper, official remaster of a DOOM game in your hands. It feels much more special than a typical re-release, and that’s honestly worth quite a lot.

I mentioned before that DOOM 64‘s levels play a lot with dark sections and the use of lighting to amp up the atmosphere. This is used to pretty great effect (levels look really dynamic compared to many in the original DOOM), however it comes with an interesting caveat for some players. If you happen to be playing DOOM 64 on an OLED screen, those dark sections will be totally, completely pitch black, making it surprisingly difficult to play through during the day. Similarly, the game’s particularly dark color scheme make the menu text difficult to read on OLED panels (or any screen with a sufficiently high contrast ratio and low black point), so you may be better suited to playing in a dark room or at night time. If we’re being honest, you’re best off playing any DOOM game under those conditions anyhow. 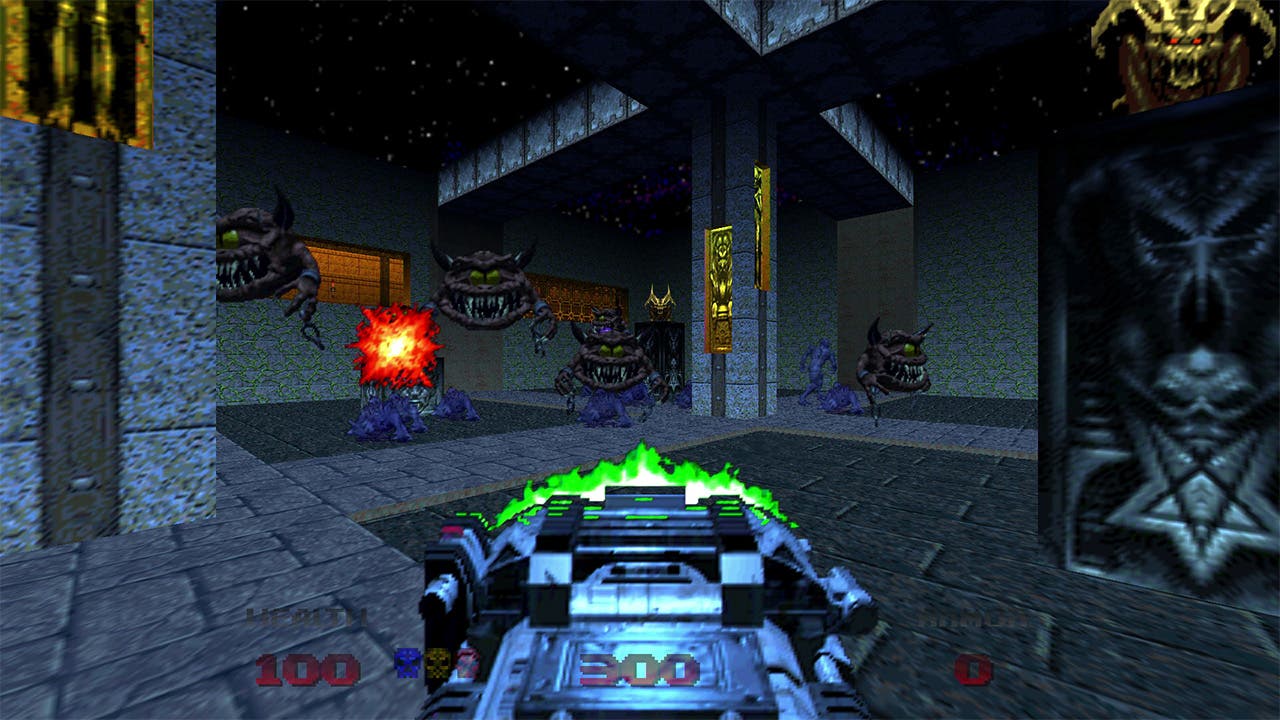 DOOM 64 on Switch is a great package. It’s a very fun romp through a unique 32-level campaign that many fans will not have experienced before, and it comes bundled with six bonus levels intended to fill in the backstory between DOOM 64 and 2016’s DOOM (yes, you read that correctly). The game looks gorgeous, it plays wonderfully, there’s loads of content included, and you can play it where ever you like. Plus, with a price tag of $4.99 it’s well worth the cost of entry even just as a curiosity, but I suspect that once you step inside you’ll be hooked.