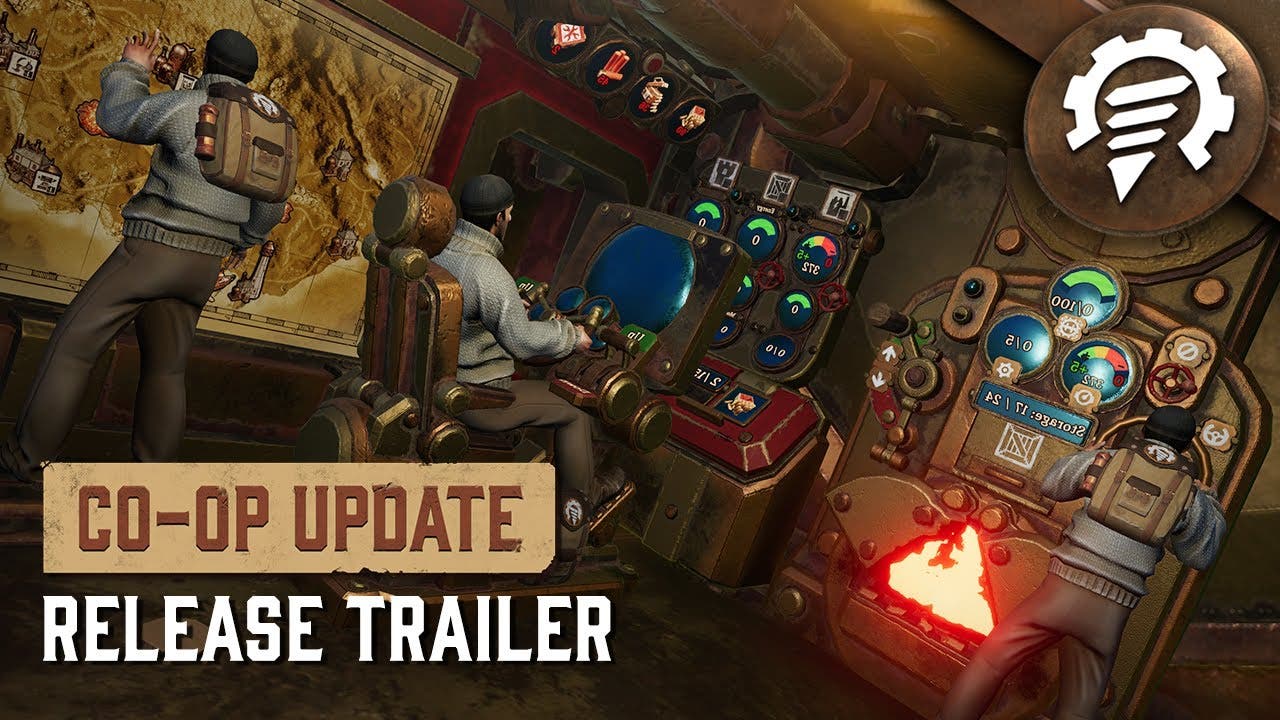 Prague, Czech Republic – May 20th, 2020 – All hands on deck! Submerge, submerge, submerge! Volcanoid, the team behind steampunk shooter survival game Volcanoids, released a new update today allowing players to crew together in teams of 2 to 4 as they scavenge, build, and upgrade their movable drillship base. Today’s release is the latest in a series of updates that have improved the game since launching in Steam Early Access in January 2019.

Celebrating the release of Co-op Mode, Volcanoids is currently enjoying a 25% discount from now until May 27, 2020.

Volcanoids sets players on an expedition to a forsaken island racked by mysterious volcanic eruptions triggered by mechanical beings. In order to survive the island’s natural elements, players must commandeer and upgrade a drillship to dive below eruptions that make the surface uninhabitable for periods of time. By exploring the island, players can discover new blueprints for ship upgrades and equipment, resources to refine and build, and rare technologies that will turn the battle against the mechanical monstrosities. Discover the mystery behind the eruptions and reclaim the island as your home.

The new co-op update allows two to four players to join together and crew their own drillship. Crewmembers can choose their drillship stations, scavenging, building, and fending off robots as challenges are thrown at them. New buildable bunkbeds allow players to let their avatars rest between sessions, then jump back into the fray no matter where the drillship has moved.