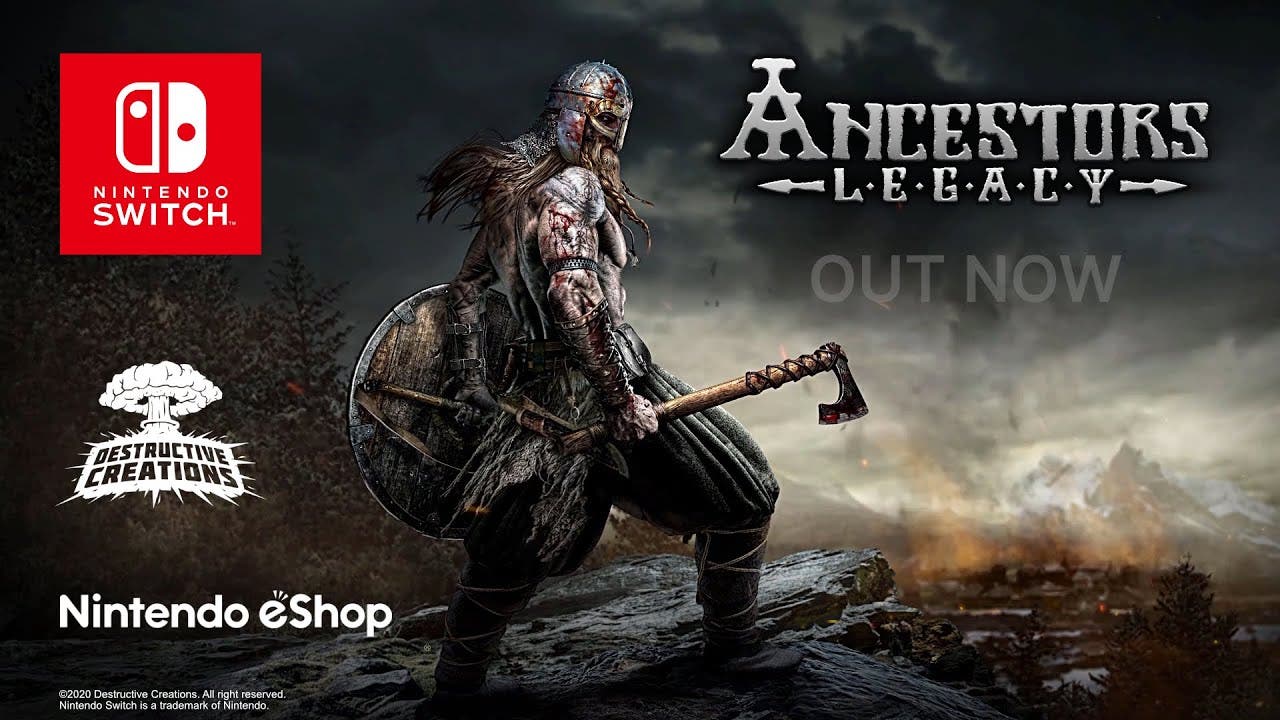 Gliwice, Poland – June 11, 2020 – The gates to the Nintendo Switch have been torn down as Destructive Creations’ critically-acclaimed squad-based RTS, Ancestors Legacy, invades the console today.

Ancestors Legacy is a history-inspired real-time strategy game influenced by events that took place during the Middle Ages. The game combines resource management and base building with large-scale, squad-based battles across immense battlefields. Take command of your army as you storm through medieval Europe in an extensive series of campaigns. Choosing one of the four available nations – Viking, Anglo-Saxon, German, or Slav – you will be tasked with more than just conquering, raiding, and pillaging enemy camps, villages, and towns. Only by utilizing the full range of available tactical options, taking strategic advantage of the environment, and managing your temporary bases and settlements will you emerge victorious.

Nintendo Switch players will enjoy a number of features directly ported from the PC version, such as tactical squad-based battles, a day-night cycle, a cinematic action camera, and a skirmish mode that will provide countless hours of enjoyment. The over 600 single motion-captured combat animations that made the PC version so captivating are all included in its Switch versions, all of which have a unique and precise usage within the game. The animations correctly correspond not only to the unit type and weapon it is carrying, but also to the opponent the unit is fighting, their own weapon, and the state of both units.

A physical version of Ancestors Legacy for Nintendo Switch™ will also be breaching North American retail shelves in August 2020.