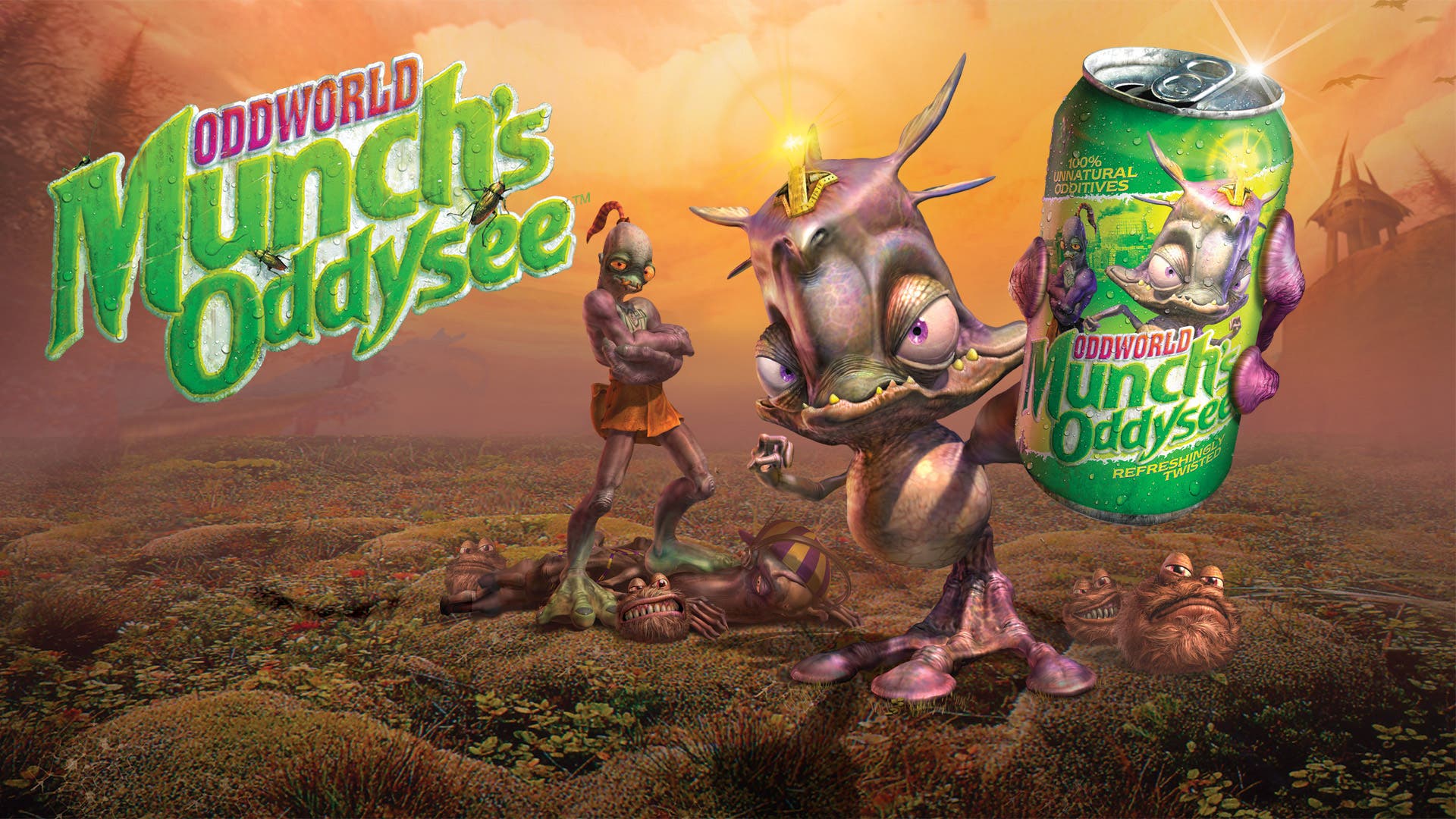 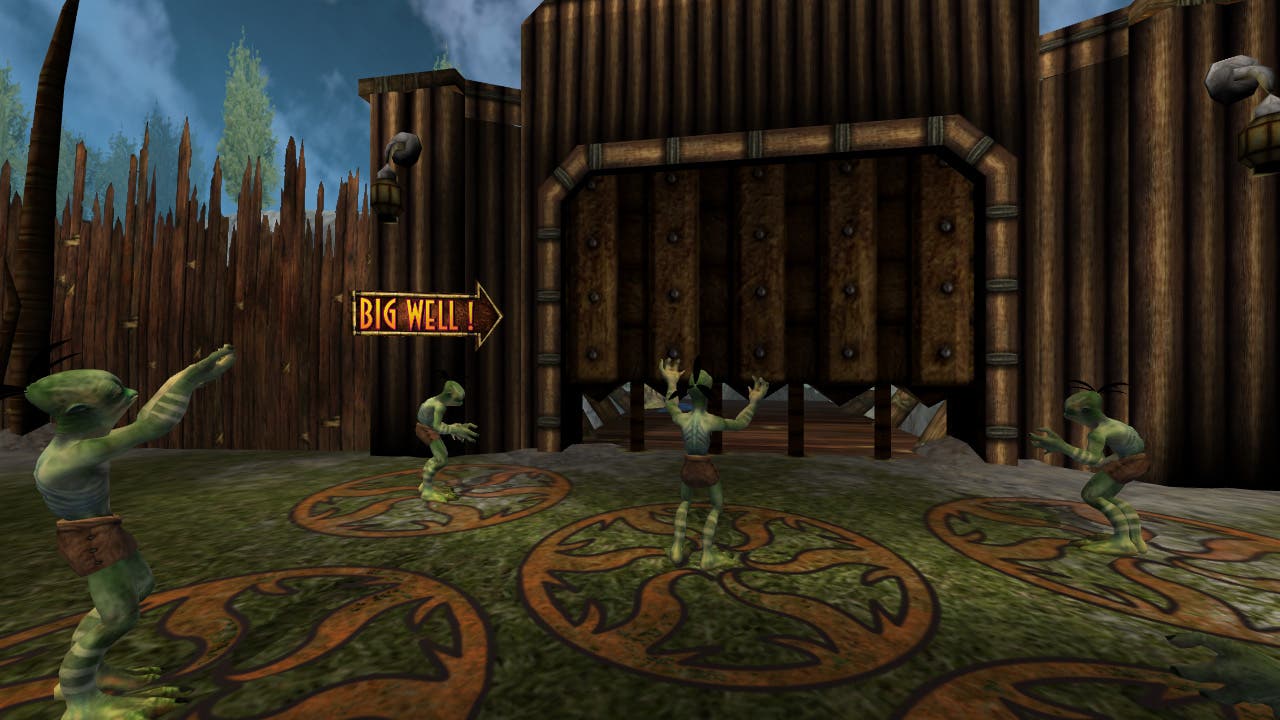 Played today however, the opening missions of Munch’s Oddysee are a strange trip backward through time, to a moment when games were finding their footing on a fresh generation of consoles that were more properly equipped for the task of bringing three-dimensional games to life, but with the format as a whole still experiencing some growing pains. You’re dropped into the midst of a world which assumes you’ve played previous entries, so little about the setting or the characters are explained save for an opening cinematic. Instead, the focus is largely on teaching you how to interact with the world, but it’s clear as you learn about Abe and Munch’s various abilities that freedom to experiment was as much a challenge as it was a boon.

You spend a lot of time in Munch’s Oddysee doing one of two things: collecting green spooce orbs so you can spend them to open gates or operate machinery, or wrangling large numbers of some kind of friendly creature (typically Mudokons or Fuzzles depending on whether you’re playing as Abe or Munch at the time), so you can exploit their abilities to progress through levels. There are also a lot of levers and kiosks to interact with, but curiously (and rather tellingly for the time), the game has to clearly mark the areas to stand within in order to utilize any of these points. It was probably very helpful at the time to have a giant half-circle of blue arrows on the ground telling you where to stand, but today it’s a clear indicator of the types of difficulties that came up in easily surfacing contextually interactive objects (and triggers) in the game world. 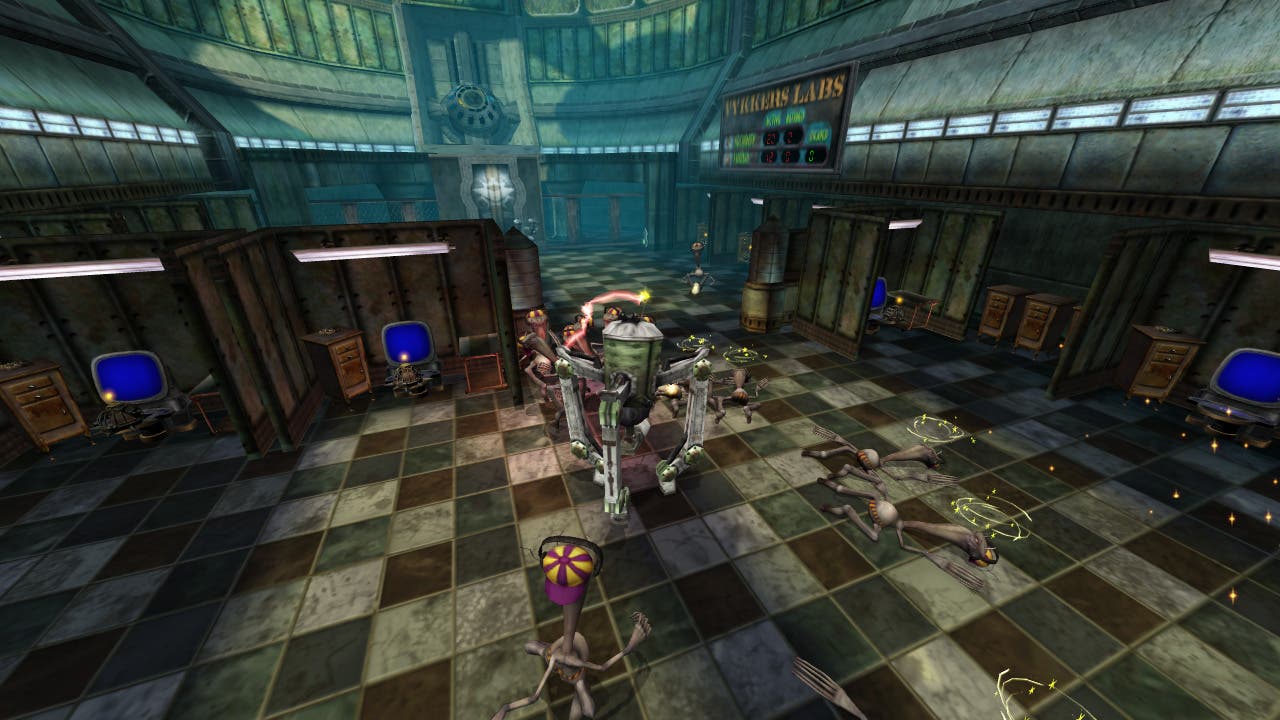 Controlling the game feels fine in some cases, and awkward in others. The characters move in a way that makes sense for the world and their biology but is perhaps a little too gimmicky or quirky to feel consistent and fun while you’re trying to steer them around the world. This is the kind of game where you’ll miss jumps because the speed and height are tough to predict and control, even once you’re comfortable with how they work. Similarly, moving the camera feels sluggish and somewhat like you’re fighting for control of it, as was the case for many games of the early 2000’s. Most of the time it won’t get in your way, but in internal areas things can get a little tight and difficult to maneuver. Curiously, even with the giant contextual indicators on the ground, you can mistaken perform an action other than the one you intended if you’re not lined up correctly, which can lead to a cumulative sense of irritation over time. You have to learn to handle your alignment and character momentum properly when approaching a lever, which means executing actions is something that has to be done calmly and deliberately rather than quickly or under even the slightest amount of duress.

To its credit, Munch’s Oddysee runs very well on the Switch and the overall quality of the presentation is solid. It maintains a solid 60 frames per second, the game is anti-aliased nicely, and most textures have been cleared up a great deal. Level geometry of course isn’t necessarily any more complicated, so the end result is a very fresh, sharper exterior laid over the top of the original construction. It’s about as clear a look as you can hope to get at a game from 2001, for better and worse alike. There’s also the issue of the audio in the game; it touts spatial 3D audio, but leans into this a little too hard in terms of throwing sounds really hard into one stereo channel or the other, and in moments where a character is speaking to you, you’re often better served by rotating the camera so that they’re clearly coming out of one channel instead of faintly coming out of both. 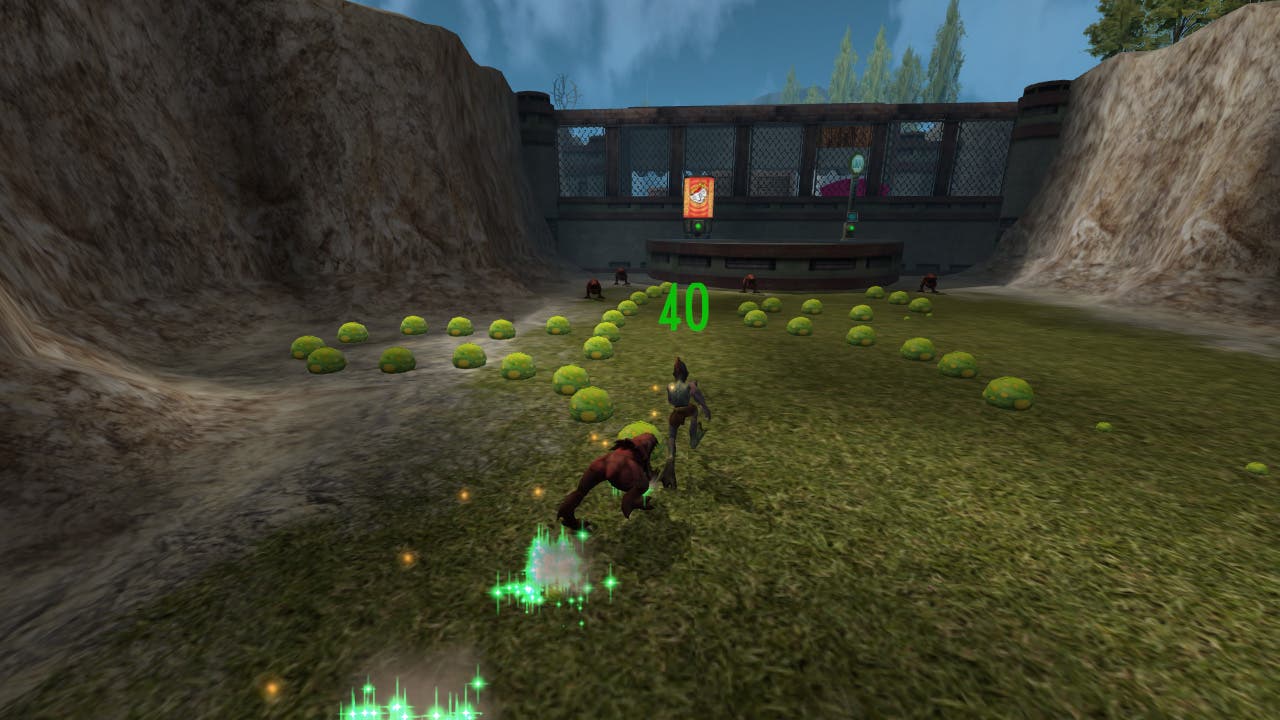 The transition from 2D side scrolling games to 3D worlds was an awkward time in gaming, and some franchises experienced significantly more difficulties with the change than others. The move to three dimensions meant figuring out new ways to interact with the world, how to solve for camera control and player perspective, how to handle audio design in a three dimensional space, how to move players around through the space of a level. It is an understandably daunting task, and unfortunately sometimes ambition can outpace execution. 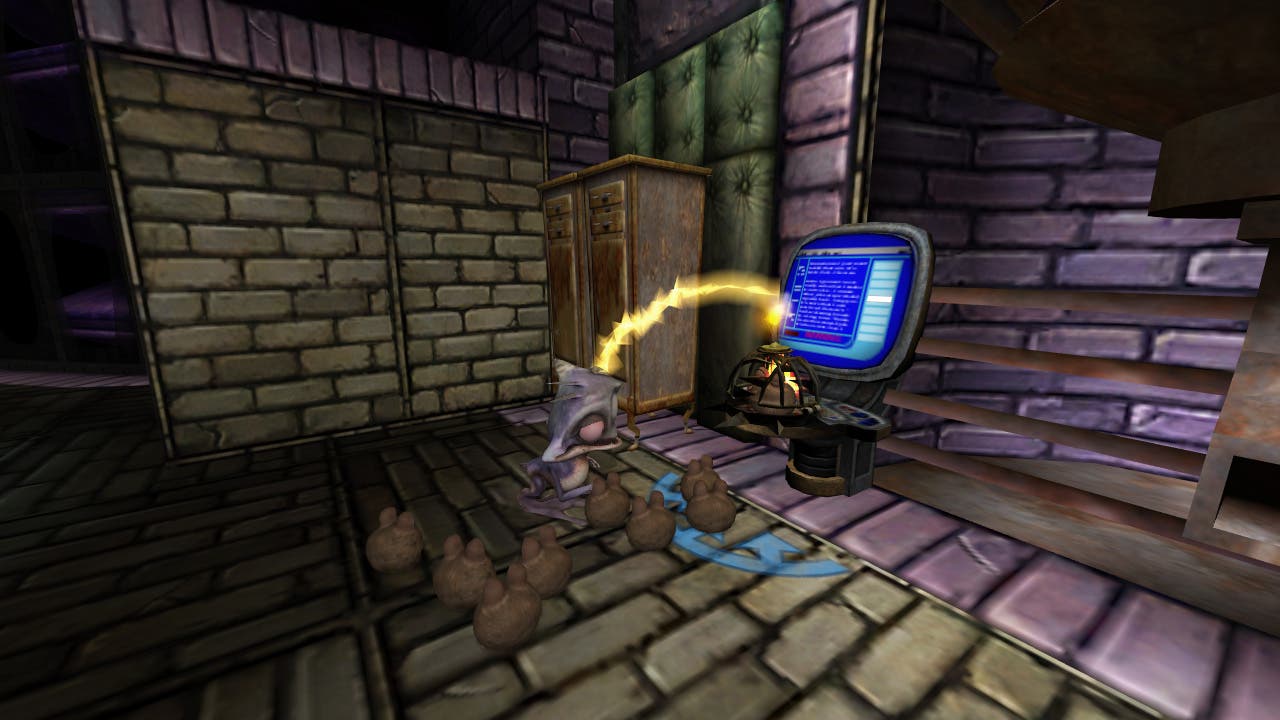 Ultimately, Munch’s Oddysee as a game hasn’t aged particularly well. It shows very plainly that it was made in a transitional era, when 3D adventure games were still coming into their own and finding ways to create purpose for themselves. The charm of the Oddworld franchise is here of course, and performance of the game is excellent. As far as ports go, this is about as solid as you could ask for, but all of the improved performance mostly serves to center the shortcomings and frustrating mechanics of this awkward duck. For longtime fans of the Oddworld series, this is a fine way to revisit Munch’s Oddysee, but I don’t know that there’s much joy to be had here for anybody who isn’t a staunch fan, an avid collector, or a dedicated archivist.