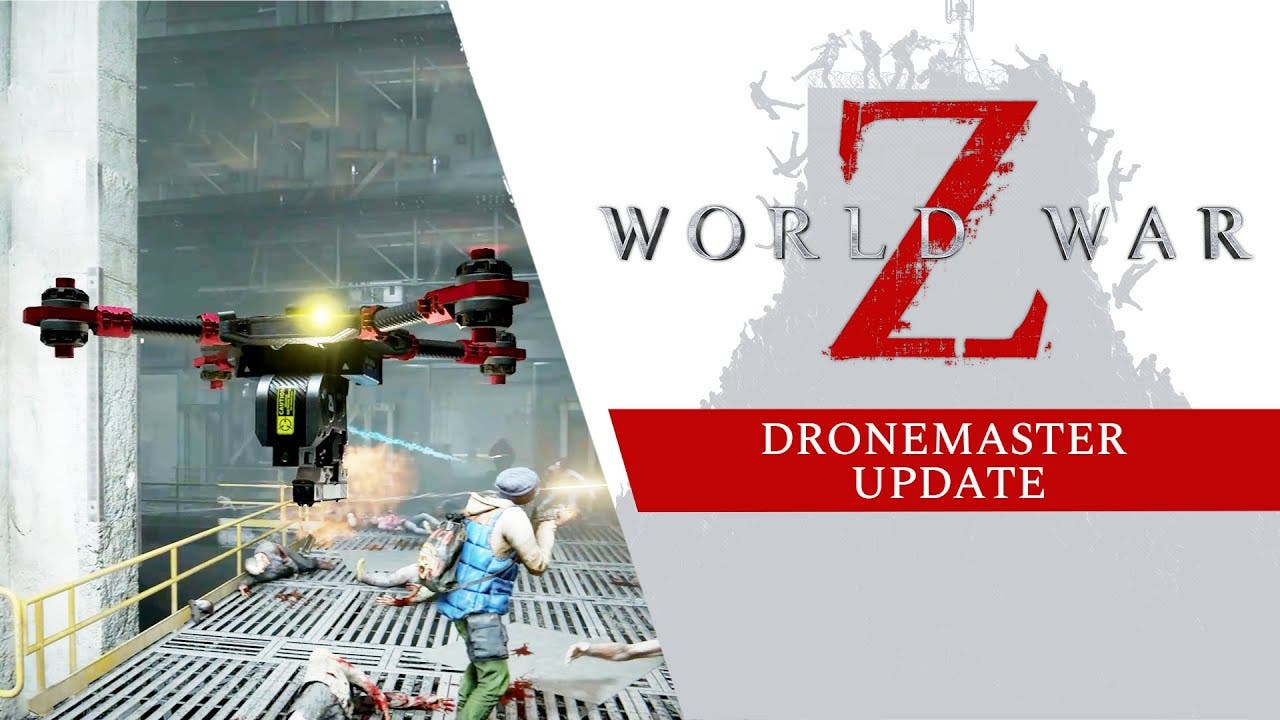 MAPLEWOOD, N.J. — July 22, 2020 — Saber Interactive and Focus Home Interactive have announced that the “Dronemaster” update is available to download for free today in World War Z, the best-selling co-op shooter inspired by Paramount Pictures’ blockbuster film. This latest update introduces full* PvE crossplay support across PlayStation®4, Xbox One and PC via the Epic Games Store, letting you party up in co-op with friends no matter what platform they’re on.

World War Z has also released its first new playable class since it launched last year: the Dronemaster. This highly versatile character comes with its own personal drone which stuns zombies when they get too close for comfort. You can customize your drone in the perk tree to suit your play style and squad comp: increase its offensive capabilities to make it more lethal in an assault, or raise its defensive powers to better support your team.

In addition, today’s update features a new rare weapon pick-up with its own upgrade tree for your armory: the ACW-20. This low-caliber, semi-automatic grenade launcher is perfect for mopping up tightly packed groups, but watch out for friendly fire! There’s also a variety of new weapon upgrades, perk rebalancing, fixes and quality-of-life improvements.

Finally, players can grab World War Z’s latest premium DLC today: the “Signature Weapons Pack,” which includes four unique weapon skins for the game’s main characters. This DLC is free for Season Pass and GOTY Edition owners. It is also available for standalone purchase on PlayStation®4 and Xbox One.

*Crossplay was previously only available in PvE matchmaking across Xbox One and PC.