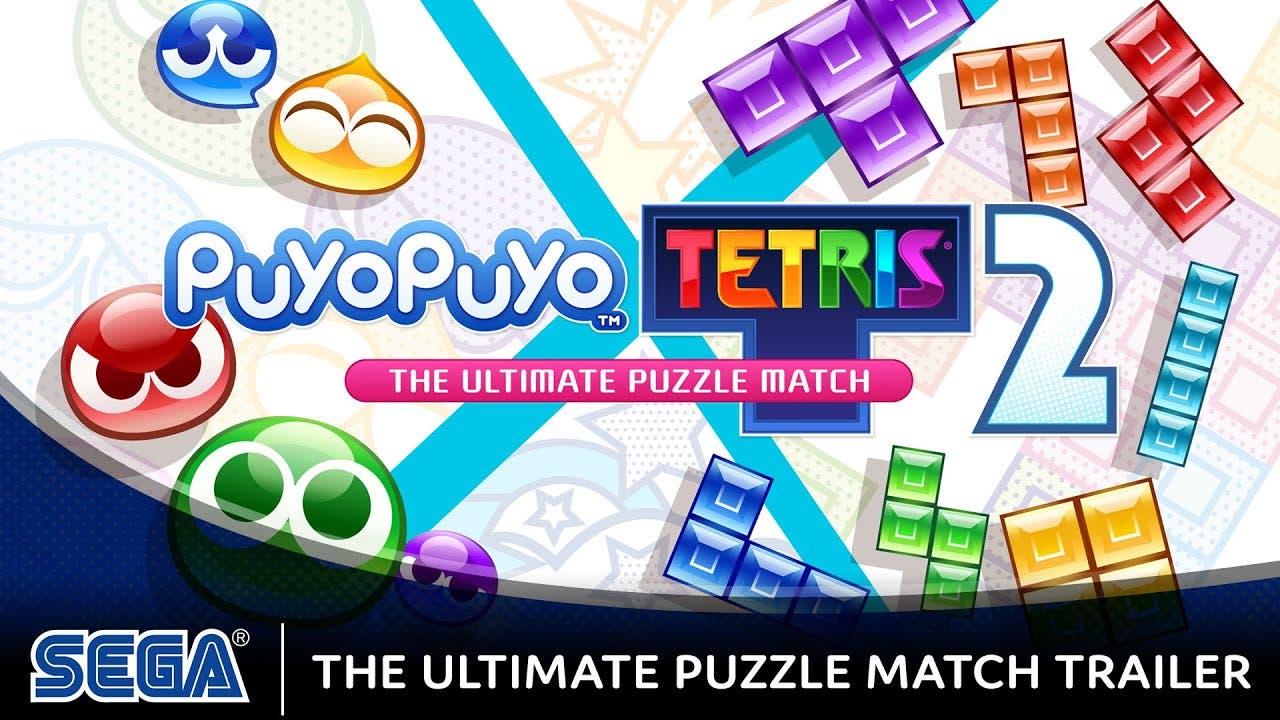 IRVINE, Calif. – August 26, 2020 – Come December 8, get ready to pop and drop once again in Puyo Puyo™ Tetris® 2 on Nintendo Switch and the Xbox One family of devices, including Xbox Series X, and PlayStation®4, with the PlayStation®5 version coming Holiday 2020! Watch our announcement trailer.

Stack, chain, and combo your way to victory in the ultimate matching of two puzzle game legends! Pre-order now and get ready to traverse dimensions and experience brand new worlds in time for the holidays, with the PC release fast-dropping onto Steam in early 2021.

In Puyo Puyo Tetris 2, players will experience a brand-new hilarious story filled with an eclectic cast of characters in Adventure mode and develop new strategies for play utilizing special item cards in Skill Battle. Read on for more!

Perfectly blending the complementary gameplay of Puyo Puyo™, one of Japan’s most enduring and popular game brands, and Tetris®, one of the most well-known video game franchises in the world, Puyo Puyo Tetris 2 provides a unique crossover experience with addictive puzzle challenges, loads of content, and overflowing charm for players of all ages. Expanding on the addictive gameplay of its predecessor, Puyo Puyo Tetris 2 is packed with fun, new modes where players can precisely pop Puyos and tactically rotate and clear Tetriminos solo or with friends, offline and online!

The Puyo Puyo Tetris 2 physical Launch Edition is available for pre-order now on Nintendo Switch™, PlayStation® 5, PlayStation® 4, and the Xbox One family of devices, including Xbox Series X, for $39.99. More information on digital pre-order and the game’s Steam release will be announced at a later date.

Puyo Puyo Tetris 2 will support Xbox Series X Smart Delivery immediately on release, ensuring players only have to buy the game once and will be able to play it on their favorite Xbox console. Additionally, buy the digital PS4™ version from PlayStation™Store or the physical version from a retailer and play the PS5™ version at no extra cost when it launches.

More information is available at https://puyo.sega.com/tetris2.