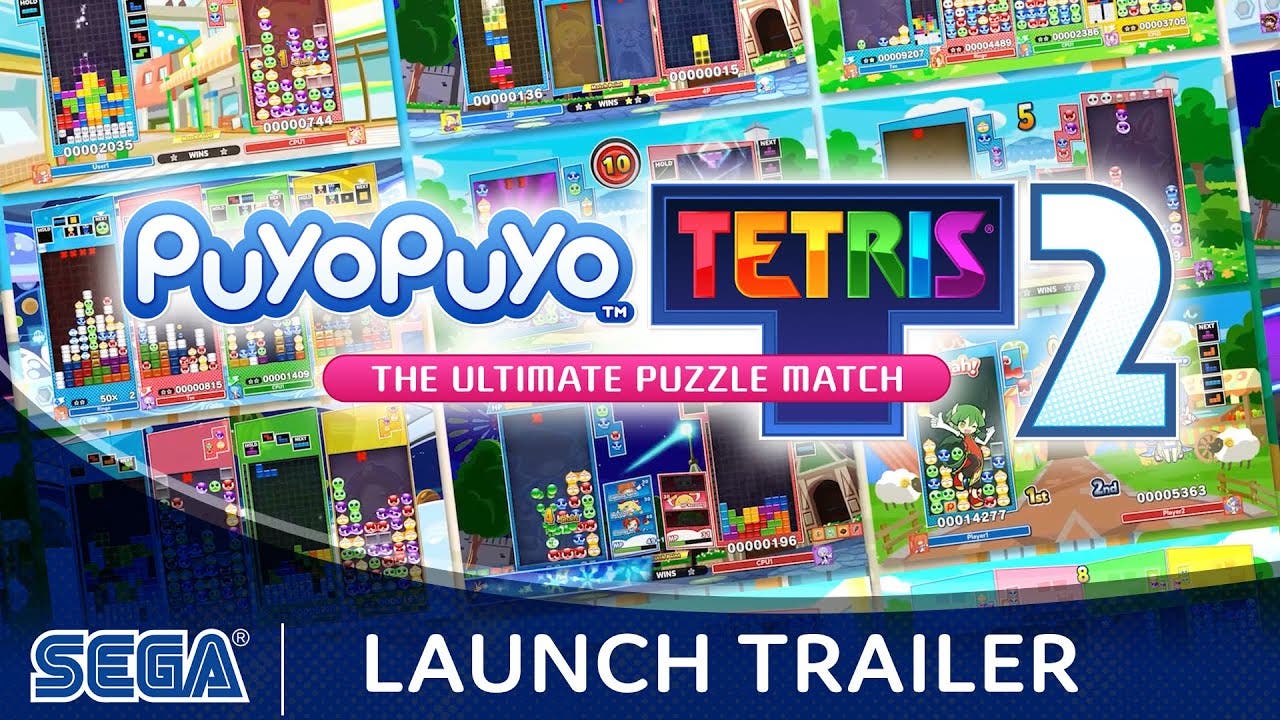 IRVINE, Calif. – December 8, 2020 – SEGA today launched Puyo Puyo™ Tetris® 2, sequel to the beloved crossover of two iconic puzzle series, on Nintendo Switch, PlayStation 5, PlayStation 4, Xbox Series X|S, and Xbox One consoles, and will be bringing the game to PC via Steam in the new year. Blending Puyo Puyo, one of Japan’s most widely recognized puzzle game brands, and Tetris, the worldwide puzzle phenomenon, this colorful adventure is a unique crossover gameplay experience for fans of any age or skill level.

With a brand-new RPG-inspired Skill Battle mode, a colorful new story and characters in Adventure mode, a slew of online features, and much more, Puyo Puyo Tetris 2 continues the successful legacy of its predecessor while adding a fresh take on the reunion of two puzzle legends. A Mashup Made for Mayhem

With endless ways for newcomers and veterans alike to showcase their skills, these are just a few highlights featured in Puyo Puyo Tetris 2: December 8 is just the beginning of SEGA’s plans for Puyo Puyo Tetris 2. After launch, players can look forward to more game features, additional characters, and more in an ongoing stream of free content updates! More information will be announced at a later date, so please stay tuned to the official Puyo Puyo accounts on Twitter, Facebook, and Instagram for all the latest!

Boost your strategy and power your team in Puyo Puyo Tetris 2‘s brand-new Skill Battle mode with this pack of rare Item Cards–including 3 special cards featuring items from the Sonic the Hedgehog series!

To ensure that all players have the best experience possible when playing Puyo Puyo Tetris 2, there will be a Day One Patch available. Replay data will not carry over when you apply the Day One patch, so we recommend performing the update before you start playing the game. While there is a free upgrade from the PS4 to PS5 version of the game, save and trophy data cannot be carried over.

Puyo Puyo Tetris 2 is now available for purchase on the Nintendo Switch, PlayStation 5, PlayStation 4, Xbox Series X|S, and Xbox One for $39.99 USD. The Steam version will be available in the new year.