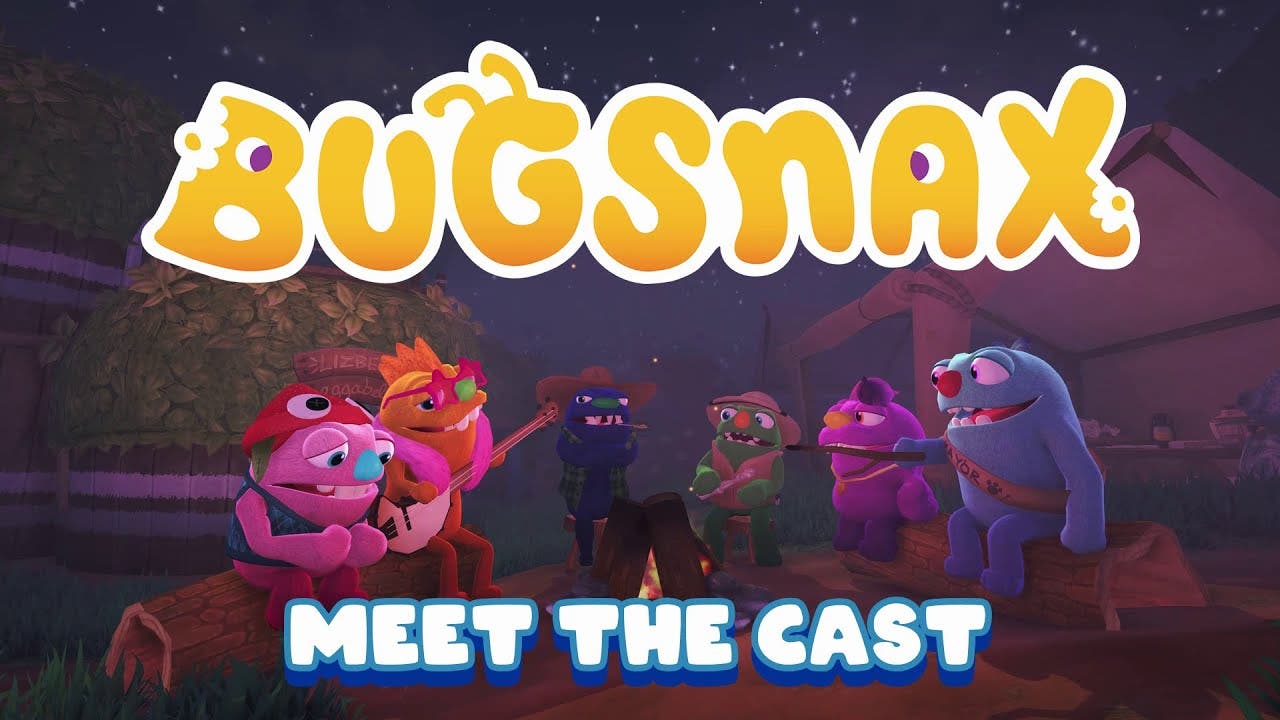 Bugsnax goes gold, releasing November 12th on PC and PlayStation systems, and introduces you to the voice cast

CHICAGO, OCTOBER 8TH, 2020 –  Young Horses is pleased to announce that everyone’s favorite bug-eating, snack-transforming, earworm of a theme song video game, Bugsnax will launch on November 12th for the PlayStation™5 (PS5) system, PlayStation®4 and the Epic Games Store for $24.99 USD. Bugsnax is available to pre-order today for PC only on the Epic Games Store, with a 15% off discount. The team also unveiled today, via the PlayStation Blog, the all-star cast of voice actors playing all of the Grumpuses* and Bugsnax in the game.

Expect performances from Max Mittelman (Saitama in One-Punch Man), Yuri Lowenthal (Insomniac’s Spider-Man), Roger Craig Smith (Sonic the Hedgehog), Debra Wilson (Cere Junda in Jedi: Fallen Order), and many more. “It took a lot of restraint not to geek out around so many industry icons gathered into one place!” reported Kevin Zuhn, Creative Director at Young Horses, in today’s PlayStation Blog. “And speaking of, we managed to put them all in a room together for some ensemble recordings (pre-pandemic, thankfully). It turns out this is pretty uncommon for games to do, especially with a cast this large. But that’s one way our naivete can be a strength, because seeing them all play off of each other’s energy was wonderful.” You will find the full cast listed below.

*Grumpus (noun, sing) [Grom-puss] 1. The beings often referred to as “big furry walrus” by the non-initiated.