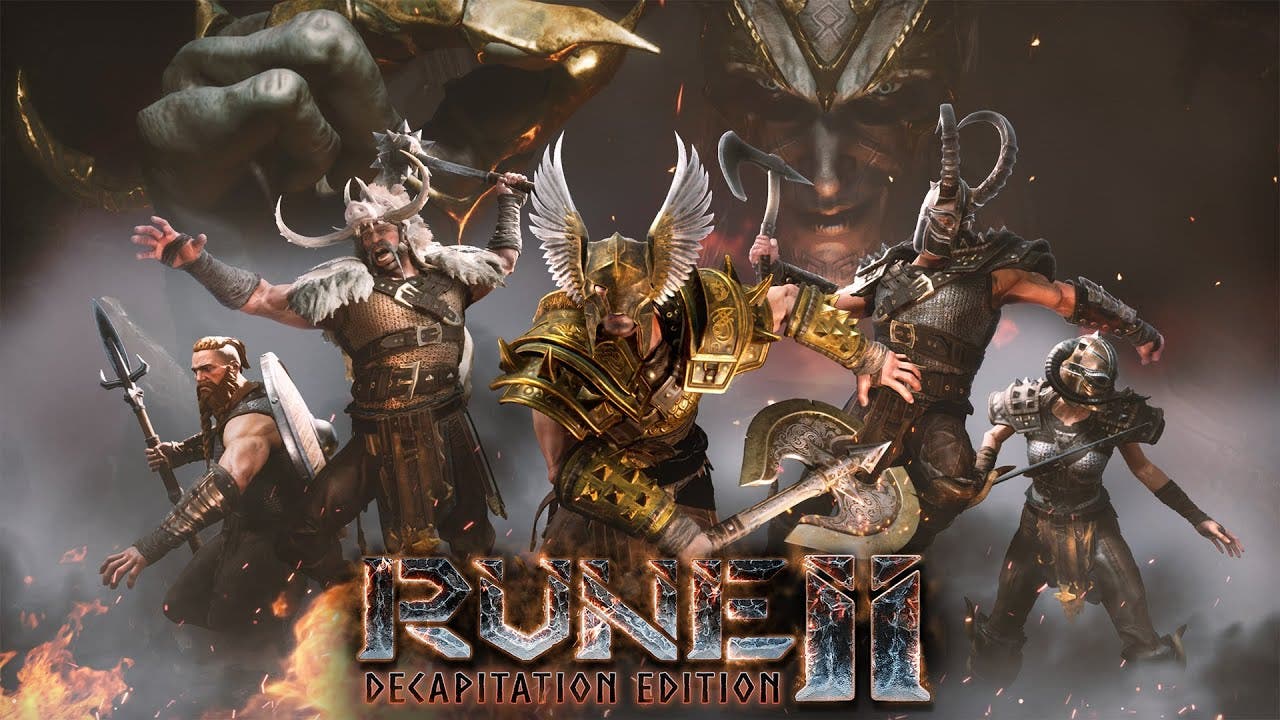 RUNE II: Decapitation Edition heads to Steam on November 13th with all of the updates and improvements

A berserker viking and his psychopathic sidekicks wander into Midgard for bloody escapades leading to a showdown with Loki — that’s right, RUNE II: Decapitation Edition charges onto Steam November 13. Sharpen your axe and groom your Viking beard, it’s GO time! Chock full of dungeons with gangly beasts, new combat mechanics, a skill system of godly abilities, and a revamped quest system, RUNE II: Decapitation Edition has been rebirthed as an experience worthy for the bloodthirsty warriors that laugh when charging into battle. In this journey to open the ultimate can of whoopass on Loki and save Midgard, you’ll need wicked weapons, raucous friends, and lots and lots of mead.

Steam players will also get the exclusive Dragon Armor available for a limited time when they jump into RUNE II: Decapitation Edition on November 13!

Abandoned and sabotaged by the original developers, RUNE II was left in a state of disarray. Raised from the ashes by Studio 369, the game has now emerged for a Steam launch as a re-envisioned story of betrayal, rebirth and revenge. Call upon the power of the Viking deities Odin, Hel, or Thor to bless your quest to take down a God. Explore an expanded Midgard world with buildable villages and loot-filled dungeons. Battle savage hordes of enemies from Norse legends alone or online with friends. Severing that old human head has freed the dev team to bring a glorious and victorious Viking adventure – RUNE II: Decapitation Edition!
RUNE II: Decapitation Edition will be launching on Steam on November 13. For keeping up on all things RUNE II: Decapitation Edition, join the epic Viking war cry on Discord, read the latest update on our website, like us on Facebook and Instagram, subscribe to our YouTube channel, and follow us on Twitch and Twitter.
# # #