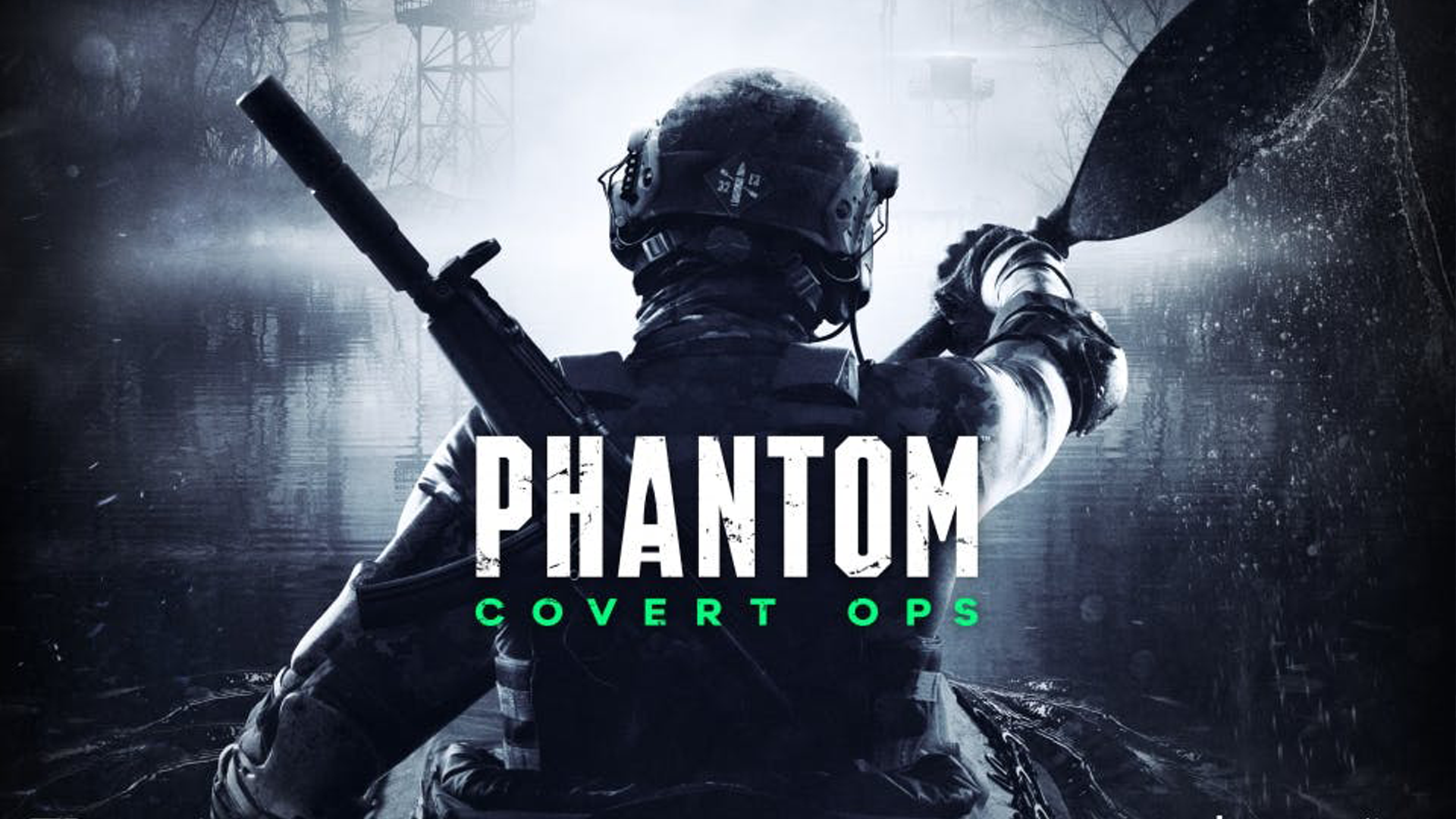 I have a special affinity for VR games that find unique ways to overcome the issue of stationary locomotion. Teleportation works fine, but it breaks immersion and distracts from the game a bit. This is where Phantom: Covert Ops excels. They took the most difficult genre for VR locomotion—a first-person shooter—and found a way to make the awkwardness diegetic. In Phantom: Covert Ops, you are a Phantom: an operative charged with going solo under dark of night to infiltrate a hostile wetland environment. Your mission? Stop all-out war in one night by disrupting equipment and neutralizing enemy combatants—all while maintaining the cover of stealth. This is where the diegetic movement clicks. Your method of transport is a kayak. Yep. A kayak. It sounds absurd at first, but it fits very naturally into a flooded wetland full of meddling terrorists. And, it feels natural. That’s perhaps the most surprising bit. If you’ve kayaked before, the team behind Phantom has nailed the experience. The momentum created by rowing motions properly maps to my memory of kayaking. You can even use your oar to push off from a bank or reach to pull an object closer to you. It manages to feel incredibly natural.

Your war-watercraft is equipped with a sniper rifle, an SMG, and a pistol. All outfitted with silencers and LED displays to count remaining ammunition. Should you run out, you’re also carrying ammunition (albeit, not much) in the left side of the “dashboard” of your kayak. Finally, you’ve brought along the most important tool for your missions: your trusty night vision goggles. They’re set with target identification functions that allow you to scan the area for threats and opportunities. To remain hidden, you’re taught to use a combination of wetland reeds, shadows, sewers, and hidden waterways to conceal your presence. The reeds are your primary source of stealth, and they’re very immersive, as you must line your barrel and scope up in between the stalks in the patch. Sitting in a kayak, in a flooded wetland, in a thicket of cattails, taking out Russian hostiles feels the most rewarding. If the game went no further than this, I’d have been content.

One thing I’d like to note about Phantom: It has really good casual NPC dialogue. The acting is convincing, the writing isn’t the trope-filled repetitive mess most games like this bring to the table. I don’t recall hearing any repeated dialogue, NPC’s interact when approaching one another. I recall one telling another a story and the NPC listening to the story was very clearly disinterested in it. You could tell not by over-the-top lines, but subtle ways the voice actor delivered the lines. 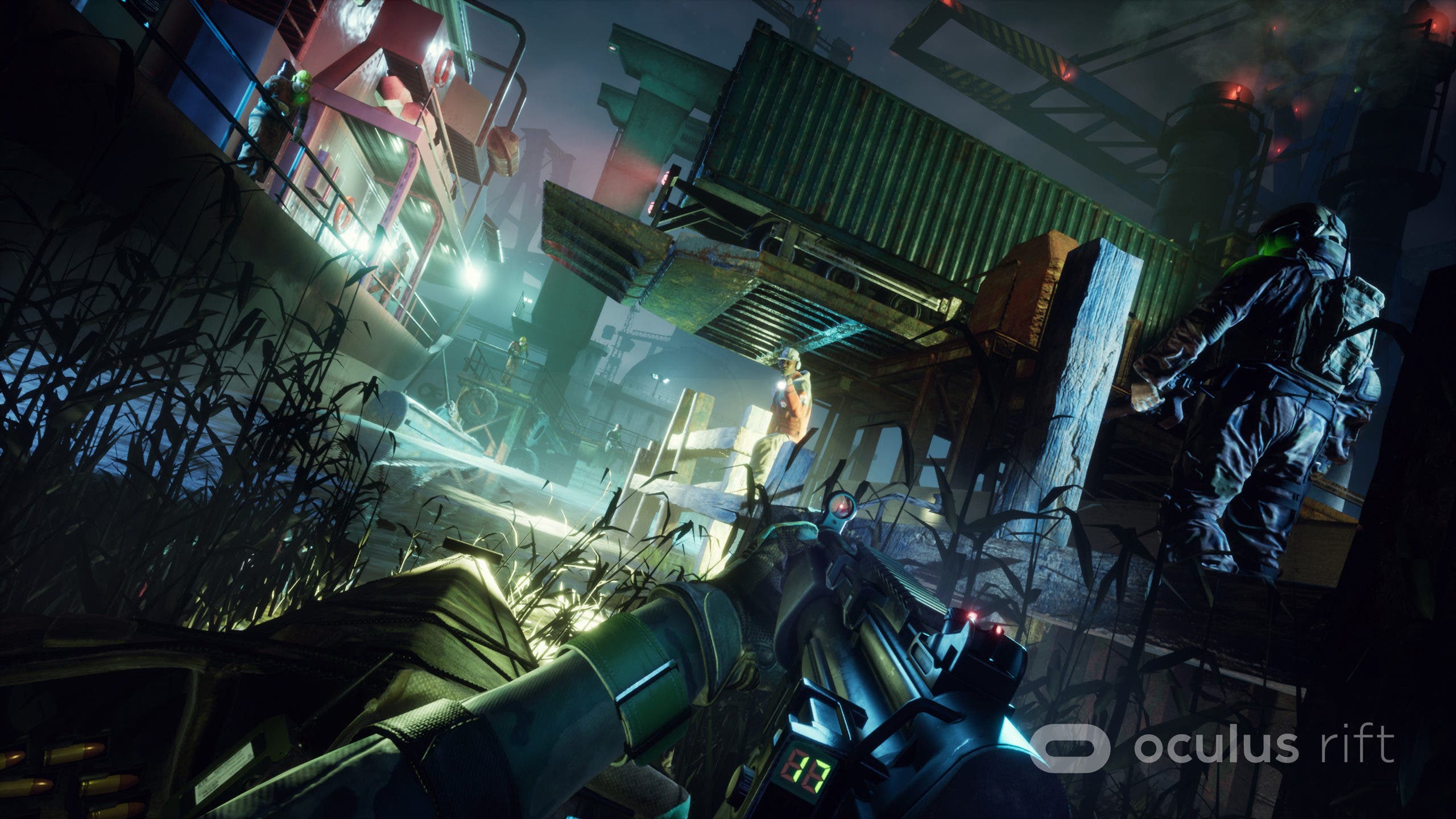 For the first few legs, you are simply observing and disrupting. As the game trusts your understanding of it more, it begins to gift you with “high value targets” to neutralize. Here, you’re given the task of taking them out without raising alarm. Sure, your weapons are silenced, but—as with all stealth games—that alone isn’t enough. There are always multiple others, nearby alarms, or a number of other complications. The stealth remains, but Phantom‘s pace certainly picks up as the game goes on. You’ll be asked to blow up towers, fry electronics, outpace fan boats with your (hopefully more fit than my own) arms, and go all out to get in the wake of larger vessels to mask your approach.

There’s plenty to do after the campaign, as well. Replay the missions with a different loadout or at a higher difficulty than before. Or, have a bit more arcade-y time with the Challenge mode, where you’ll play through with what the game calls, interchangeably, cheats and challenges. I’d describe them better as modifiers, but many of them remind me of an era when games took themselves less seriously, a la NBA Jam and Goldeneye 64. These modifiers actually add a good deal of both fun and challenge. 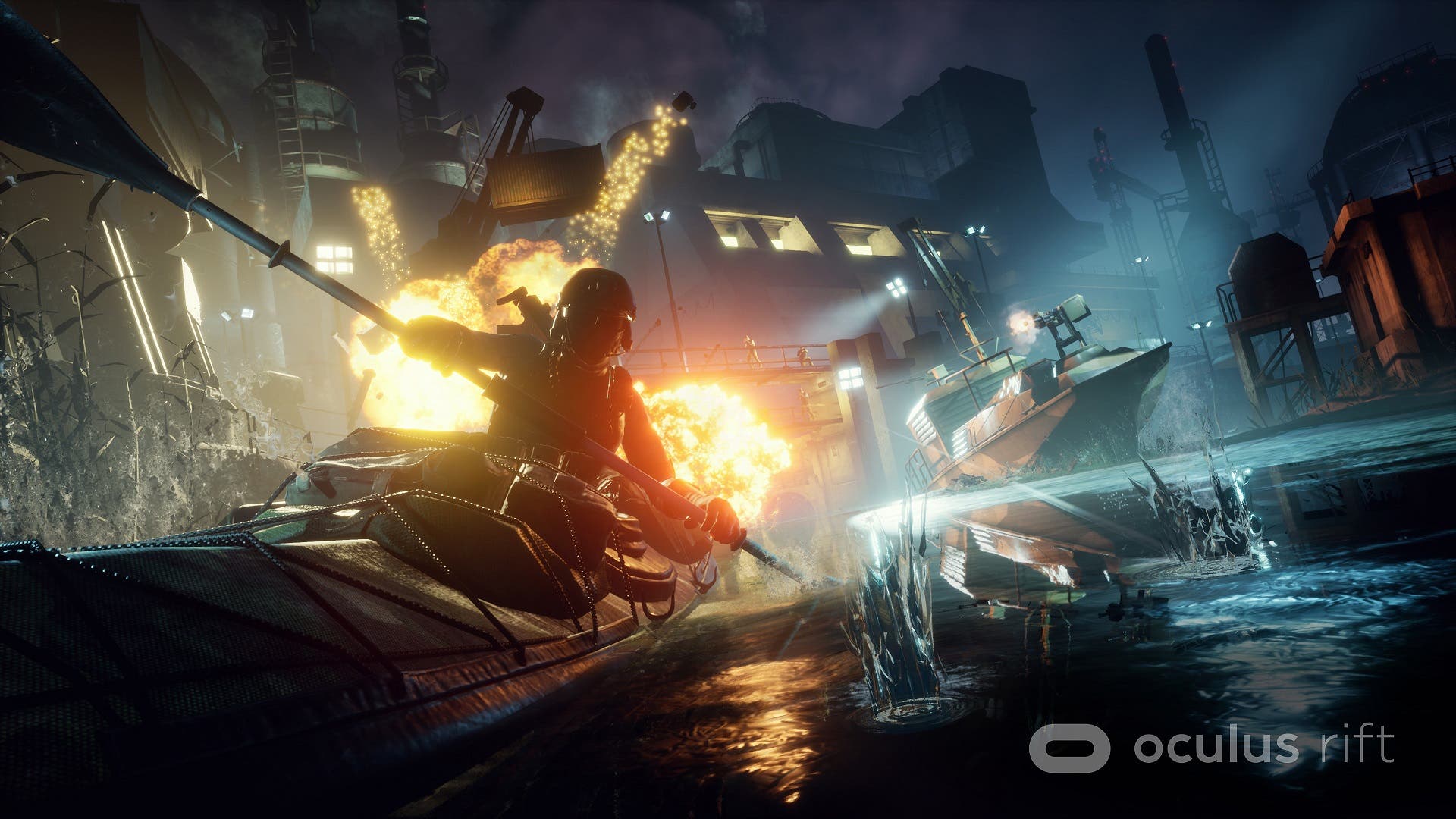 I’m still not sure we’ve yet found the perfect method of movement in shooter-based games, but Phantom: Covert Ops offers a creative take on it that immediately strips away some of that awkwardness. You’ll also get one heck of a workout if you’re not prone to kayaking for hours at a time. It’s immersive, engaging, and entertaining without being grueling. A perfect balance within VR.