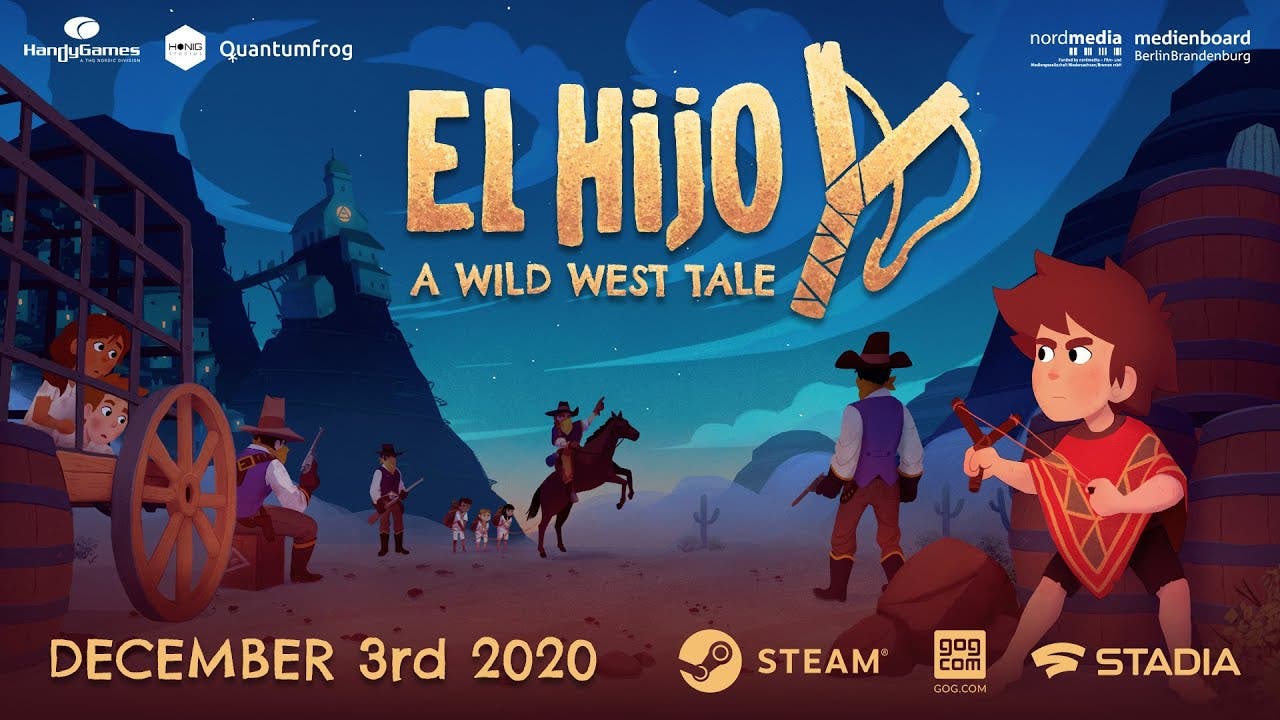 Whip out your poncho and get your slingshot ready to cause havoc and mischief! El Hijo – A Wild West Tale is saddling up for a PC and Stadia release on December 3rd, 2020! And look out for a showdown on consoles very soon. Winter will get dusty!

A fresh spin on the classic spaghetti western genre, El Hijo is a fun and family-friendly outlaw action-adventure everyone can enjoy. Combining easy to learn, but hard to master stealth mechanics with fast-paced, thrilling action sequences and a dark, yet hopeful story, this unique experience is one that true desperados won’t want to miss out on. Guide the child hero through an immersive and interconnected world without getting spotted and caught by his adversaries. Shoot small rocks at lamps, create noisy distractions using fireworks or toy soldiers, and more to outsmart different types of opponents, and stay in the shadows on your quest to liberate yourself and other children from the chains of an evil syndicate and reunite with your mother.

About El Hijo – A Wild West Tale:
El Hijo is a non-violent stealth game featuring meticulously hand-crafted levels guiding you through the story in a coherent flow, introducing challenges and threats from your surroundings, and helping you understand how to overcome them. Use the weapons of a child, toys, and mischief to deceive your adversaries and inspire other children to revolt against the ongoing injustice. Find your way out and uncover a conspiracy with roots far deeper than anyone could have imagined.