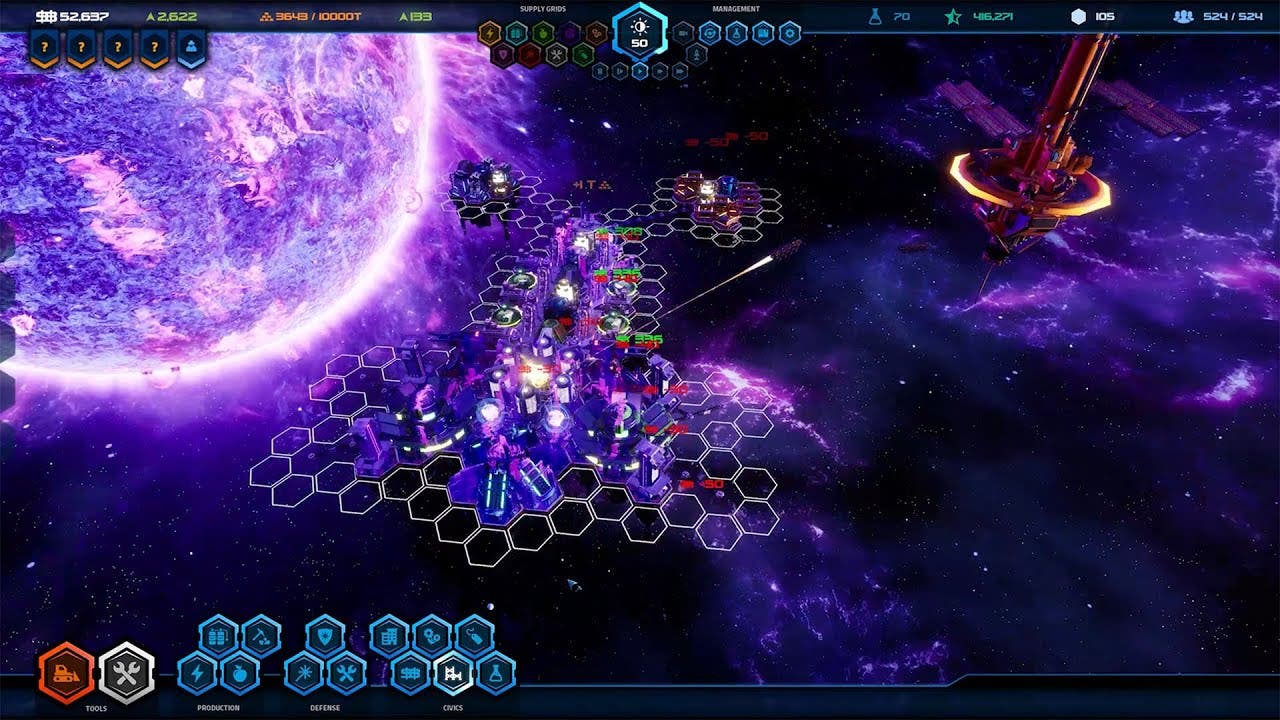 Following their launch earlier this year, Starport Delta is receiving its first major update. Version 1.1 will include a mix of player-requested features and improvements to nearly every part of the game.

Starport Delta, the light strategy, space station management title that was released earlier this year, will be receiving a major update on December 23rd at 10 am PST. The bulk of this update will include features requested by Starport Delta’s devoted player base, including new buildings and a tactical mode, as well as various tweaks to the game’s UI/UX, improvements to tutorials and missions, and visual updates to make space stations more eye-catching. The full list of patch notes can be seen below. The team is also thinking about adding more localizations, if fans would like to see Starport Delta in their language they can go onto their discord channel and submit a request here.

Starport Delta is a real-time strategy game where players must balance building and expanding a space station with managing resources, station maintenance, and resident requirements.

For strategy fans who want to build among the stars without worrying about which personnel is in charge of lasers, I help you focus on designing and building space stations while dealing with the dangers and rewards of space. Explore new possibilities and maintain your vision with each station you build, while experiencing the universe and the stories of Starport Delta.