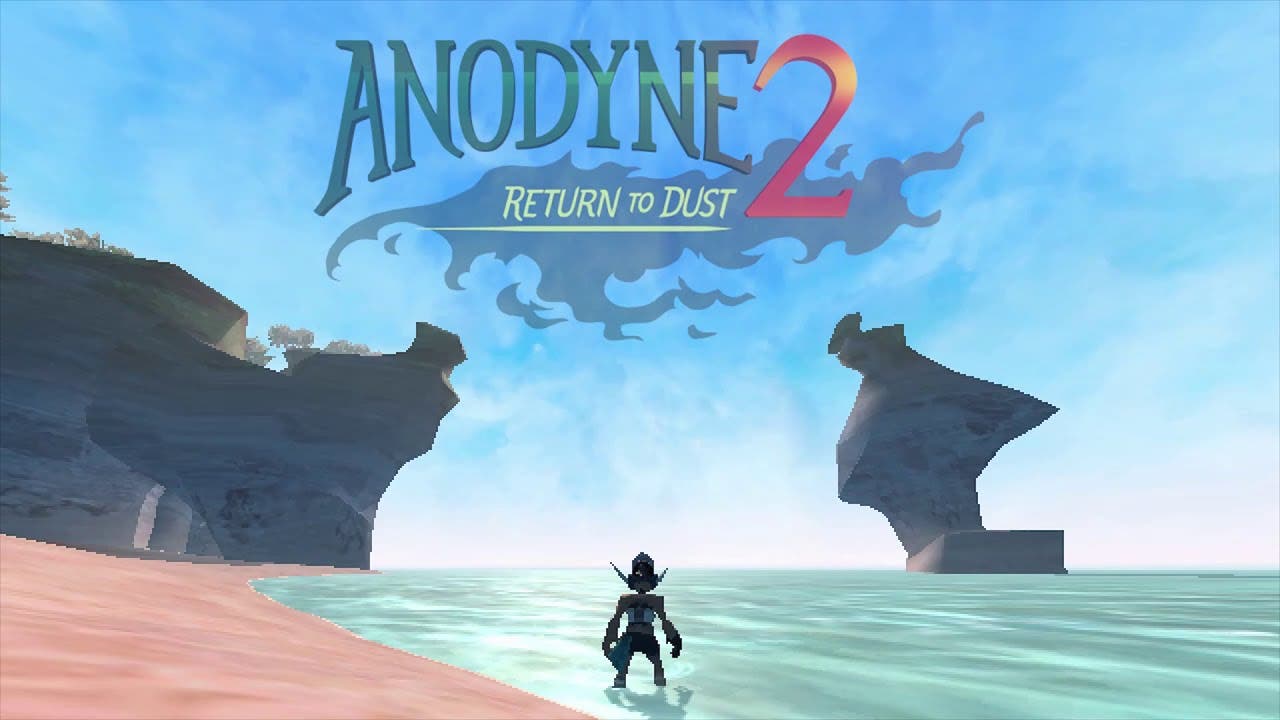 Awaken to a surreal realm of dream-logic as Nova, The Center’s newest-appointed Nano Cleaner. After Nova’s guardians welcome her to the world, they explain her purpose: shrinking to enter denizens of the land, then removing any Nano Dust distorting their emotions and desires. Go forth into the beautifully bizarre world of New Theland on a journey playing with the conventions of genre, perspective, and tone.

Explore expansive 3D landscapes inspired by the PlayStation 1 and Nintendo 64 era. Transform into a car to quickly cover ground in the overworld, then shrink down to enter denizens in need of assistance. Upon entering their mindscapes, the world shifts to a gorgeous 2D GBA/SNES-like aesthetic representing Anodyne 2’s dungeons. Wisely wield Nova’s Nano Vacuum to solve puzzles, battle bosses, and ultimately clean up the troublesome Nano Dust.

Investigate the many mysteries of New Theland to discover Cards. Deposit Nano Dust and Cards at the main city to unlock more of the world and encounter perspectives differing from The Center’s established ideals. Perhaps simply vacuuming problems out instead of analyzing and coping with them ultimately harms rather than heals. Continue to donate Nano Dust to The Center to maintain a safe status quo, or learn an altogether new way to live.

Created by only two people, Melos Han-Tani and Marina Kittaka, Anodyne 2 occasionally offers peeks behind the curtain of game development. Unlock Metacoins hidden in devious locations later in the game to hear directly from the devs about their design process and even explore cut levels. Succumb to Han-Tani’s ethereal soundtrack while wandering through Kittaka’s handcrafted world.

“Anodyne 2 drifts from whimsical to sometimes strange and scary places,” said Melos Han-Tani, co-founder of Analgesic Studios. “But ultimately it’s been known to inspire hope, and we welcome a new audience into our world with open arms.”

Anodyne 2: Return to Dust will be available on PlayStation 5, Xbox Series X, Nintendo Switch, Xbox One, and PlayStation 4 February 18 for $19.99 in English, French, German, Spanish (Spain), Portuguese (Brazil), Simplified and Traditional Chinese, and Japanese. For more information about Anodyne 2, please visit the game’s official page and follow Analgesic Productions on Twitter and join their Discord.