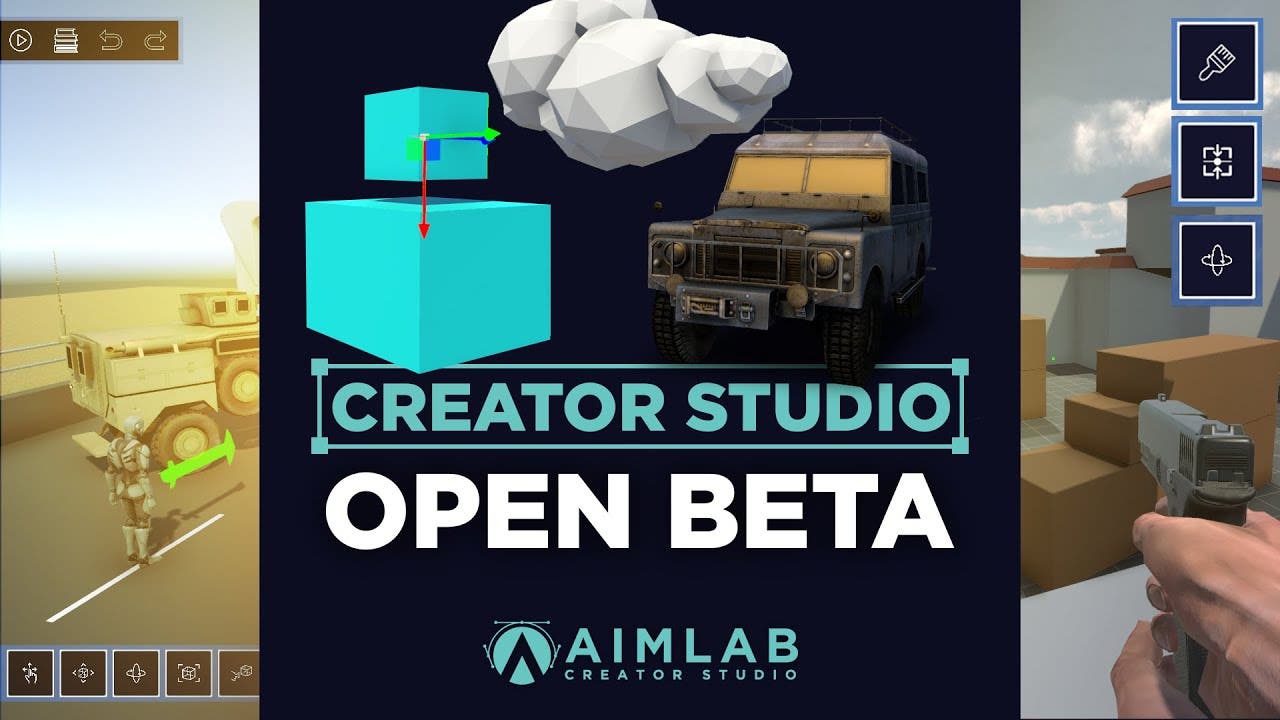 Aim Lab goes into public beta with the Creator Studio, a tool to create levels of your own making to share

NEW YORK — January 25, 2021 — Today, Aim Lab announced the public beta launch of Creator Studio, a new tool within the popular Aim Lab training software that enables gamers to take their aim training to the next level. In Creator Studio, players can create and build endless possibilities — their own maps, training tasks, and objects — and share them with the community around the world. The Creator Studio public beta is now available in Aim Lab, downloadable for free on Steam for Windows PC.

Aim Lab was built as the ultimate training solution for players of first-person and third-person shooters, blending cutting-edge performance tracking and analytics with artificial intelligence and machine learning to make players better, faster.

With Creator Studio, the power is put back in the community’s hands to dream, build, and train by enabling them to create anything they can imagine and test themselves against any scenario their favorite games may throw at them. Creators can customize every element within Creator Studio, including bot behaviors, target spawning, buildings, terrains, map physics, and more.

Since games are always changing, Creator Studio offers an easy and versatile solution to customizing your practice and build training tasks to share with your friends and Aim Lab’s community of more than 8 million people.

In October 2020, Aim Lab launched a $100,000 Creator Fund to award ten creators $10,000 each to make their own maps, weapons, training tasks, bots, and more to share with the community. As a result, Creator Studio is launching with hundreds of training tasks, offering more training scenarios to players than ever before. In efforts to shine the spotlight on Aim Lab’s talented community, more rewards are planned in the future, to be announced at a later date.

“We want Creator Studio to be the ultimate platform for players to create experiences for the community to improve their in-game skills,” said Dr. Wayne Mackey, founder of Aim Lab. “It’s been immensely satisfying to see how early testers and creators have engaged with Creator Studio and what they’ve made so far. I can’t wait to see the kinds of things people build with it in public beta.”