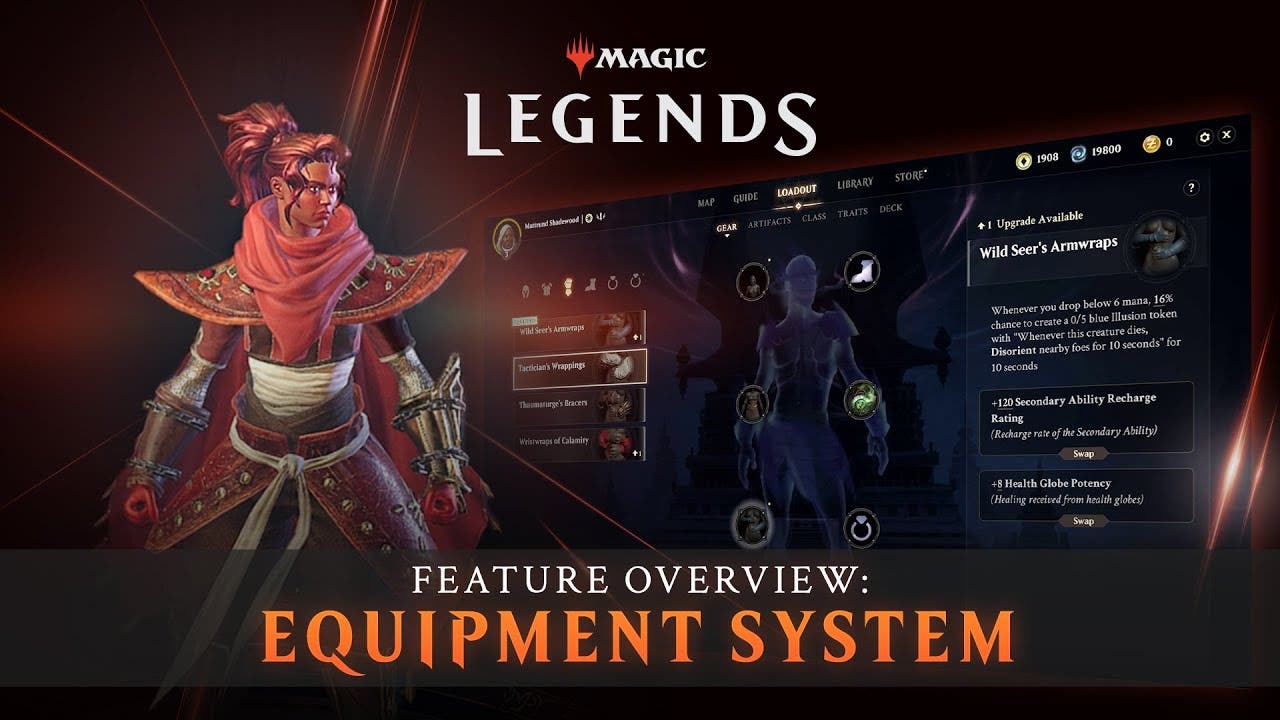 Cryptic Studios shows how the Equipment system works in Magic: Legends, ahead of Closed Alpha

Over on the Magic: Legends blog, the Cryptic Studios dev team details how the Equipment system was added after early player feedback from Closed Alpha. Equipment brings another rewarding experience for player progression on top of the game’s deep deck-building mechanics.

Like in the tabletop version of Magic: The Gathering, Equipment in Magic: Legends will come in four rarities: Common, Uncommon, Rare, and Mythic Rare. Today’s blog also gives players a first look at the Tailor NPC located in the hub area of every region, which players can use to edit the appearance of their costume and character.

You can view the blog from the developers here: https://www.playmagiclegends.com/en/news-article/11484153

The team will have more to share ahead of the Magic: Legends Open Beta on March 23, so we’ll keep you updated on the latest news and info.