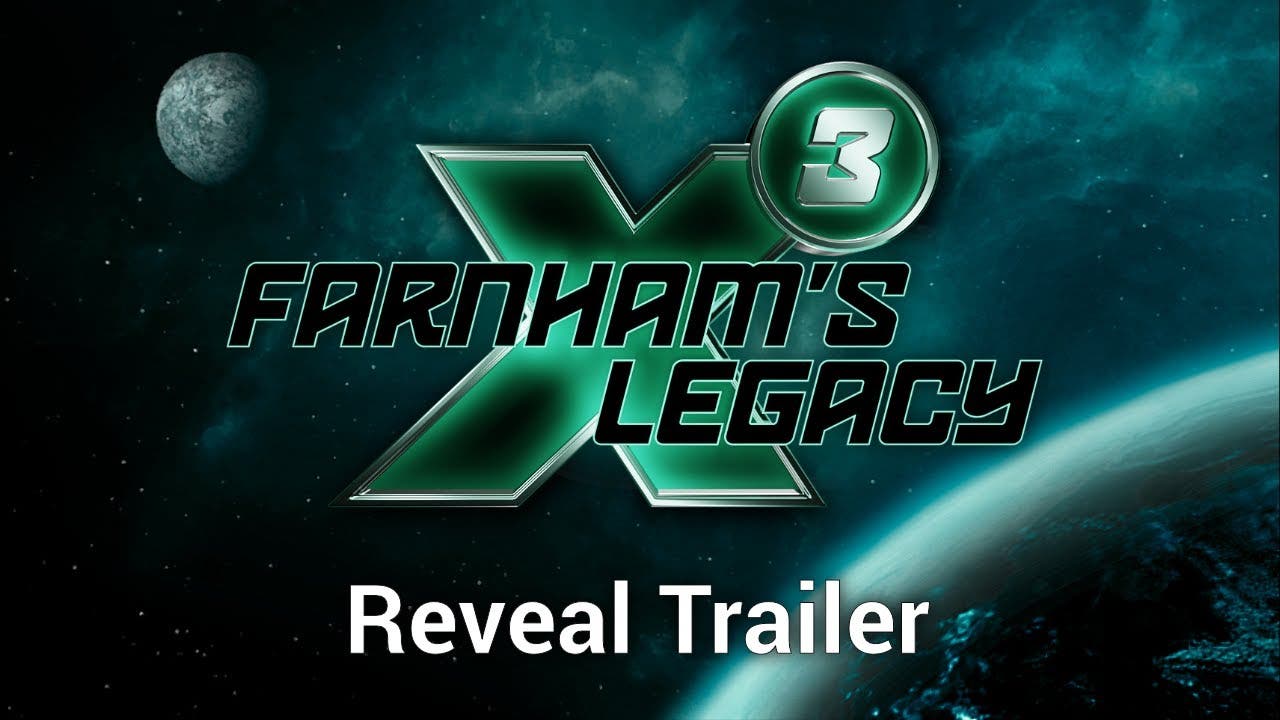 X3: Farnham’s Legacy is a community-made expansion for X3: Albion Prelude, completely free and out now on Steam and GOG

Wuerselen, May 4th, 2021 – Today is an exceptional day. It brings an event that many surely didn’t think possible – the release of X3: Farnham’s Legacy, a new game in the popular X3 series. Furthermore, it is FREE to all owners of X3: Albion Prelude! A dedicated group of players from Egosoft’s community have been working on this project since 2016, and they are hugely excited to unveil the results of their efforts.

Set in the years after X3: Albion Prelude, as the chaos caused by the gate shutdown really takes hold, X3: Farnham’s Legacy starts very differently to previous games in the X3 series. Trapped in an isolated area of space, players will first need to make use of the new exploration features to find their way back to civilisation. Afterwards, they’ll be able to use the new diplomacy options to help shape their relationships with the factions they find.

The new features don’t end with the storyline, though. There are numerous other improvements, ranging from drone carriers, station-building services and an enhanced player headquarters, to a new ship browser and a hyperlinked encyclopedia. And of course, no new X3 game would be complete without new ships and stations!

Players can simply download X3: Farnham’s Legacy for free on Steam, if they already own X3: Albion Prelude, and on GOG the game will automatically show up in their game collection if they own the Terran War Pack there.

About the X series games

X series games are space simulations, played as action games from a first-person perspective. They take place in a living breathing universe, with TRADE FIGHT BUILD THINK as the common tag-line. The X series games are unique in their depth, simulating an entire universe of NPC ships and stations, forming a realistic economy. Each game consists of a huge universe, simulated from the bottom up. Hundreds of stations, and thousands of ships, trade goods among themselves. Prices change based on supply and demand; resources are mined and processed in several stages. This economy is linked directly to the simulation of major conflicts, in a universe with dynamically-acting factions. Every player decision can dramatically change the future of the game universe.