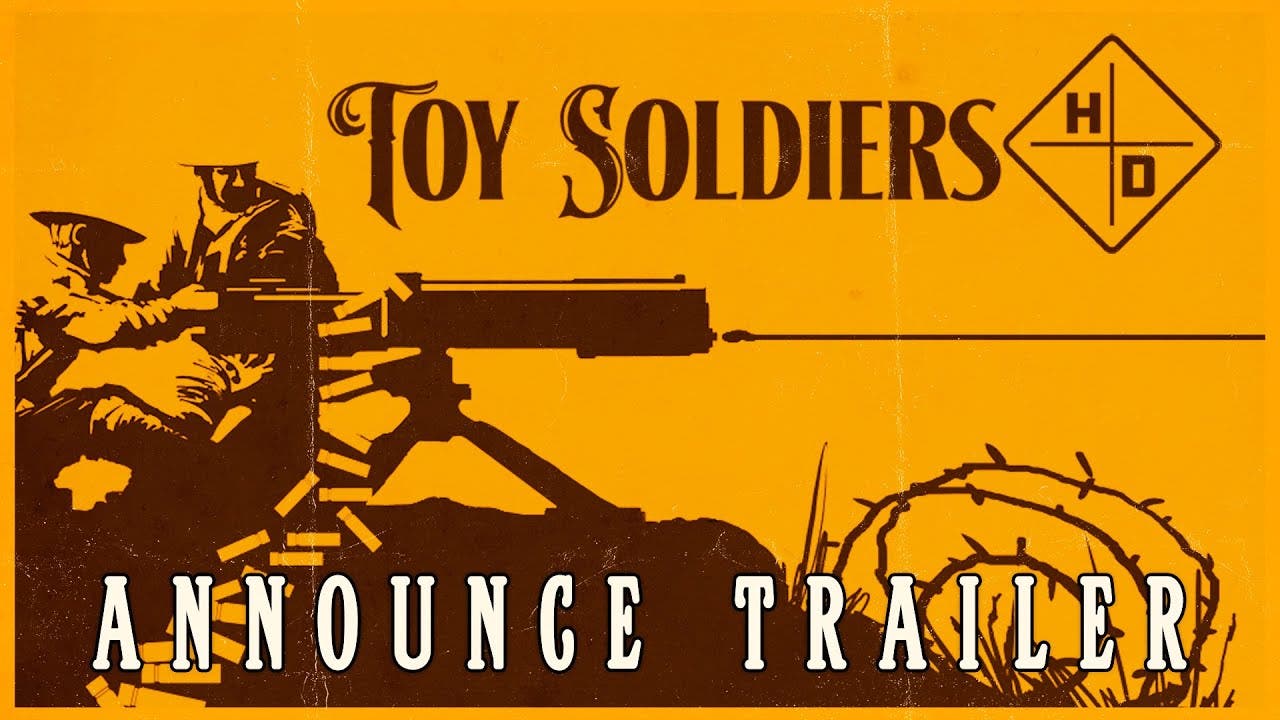 Toy Soldiers HD announced, and is coming in August to PC, Switch, PS4, and Xbox One

We at Accelerate Games, along with the super creative folks at Signal Studios, are excited to announce that the overhauled, upgraded, and better-than-ever Toy Soldiers™ HD is coming August 2021 to Nintendo Switch, PC, PlayStation®4 and Xbox One.

Well, besides improved single and multiplayer gameplay, which we look forward to revealing soon as we march toward an August release, the HD version will include never-before played content, enhanced HD graphics (hence the name), and improved camera and sound. All previously released DLC will be included in the campaign flow.

Let’s step back for a moment. The original Toy Soldiers remains one of the most beloved and best-selling XBLA titles of all time. It was nominated for the 2011 D.I.C.E. strategy/simulation game of the year, and though it lost, if you look at its amazing competition that year (Starcraft 2, Civilization V, Dawn of War II, Supreme Commander II), you can see how big this little indie game was.

Nearly 5m fans have experienced the Toy Soldiers franchise. They, just like us, were blown away by its mix of childlike charm of antique green plastic toy soldiers locked in deadly epic tower defense military action.

The highly talented team behind Toy Soldiers is the type of talent we want to collaborate with at Accelerate Games. Highly creative and armed with a unique voice. We’re thrilled to help them bring their new game to you, the fans.

Back to the game. Like many tower defense games, you strategically build your defenses while plotting your counter offensives. But unlike other tower defense games, Toy Soldiers HD gives you the ability to experience the battle from both top-down perspective and third-person perspective. Watch the action unfold or jump feet first into the boots of an infantryman and race across the battlefield dodging artillery while using a flamethrower to burn your enemies to a crisp. Mount your horse and charge the enemy head on with your cavalry. Pilot bombers and drop shells that pockmark the field below or strafe your opponent using biplanes. Go hands-on howitzers and mow down the enemy.

Toy Soldiers HD is the digital embodiment of our childhood imagination. Green plastic toy army men. First and third-person perspective. Single and multiplayer gameplay. Strategic action tower defense action. These ingredients help make Toy Soldiers HD a lot of fun to play. But I would be remiss if I didn’t mention one more thing….authenticity.

The game combines the authentic sights and sounds of WWI to create an immersive experience for you. Feel the mechanical rumble and hear the hard crunch of the ground underneath the treads of approaching tanks. Try to survive the last second scream of falling artillery bombardments. Duck behind cover when you hear the staccato of machine gun fire, or the approaching sound of biplanes.

Signal Studios has taken creative steps to add levels of authenticity and fun that will transport you back to a time when you still played with little green toy soldiers in your bedroom.

We at Accelerate hope you enjoy the first look at Toy Soldiers HD. And keep watch for more information by visiting our website at Toy Soldier HD or following us on Twitter.

We look forward to seeing you out on the battlefield this August.