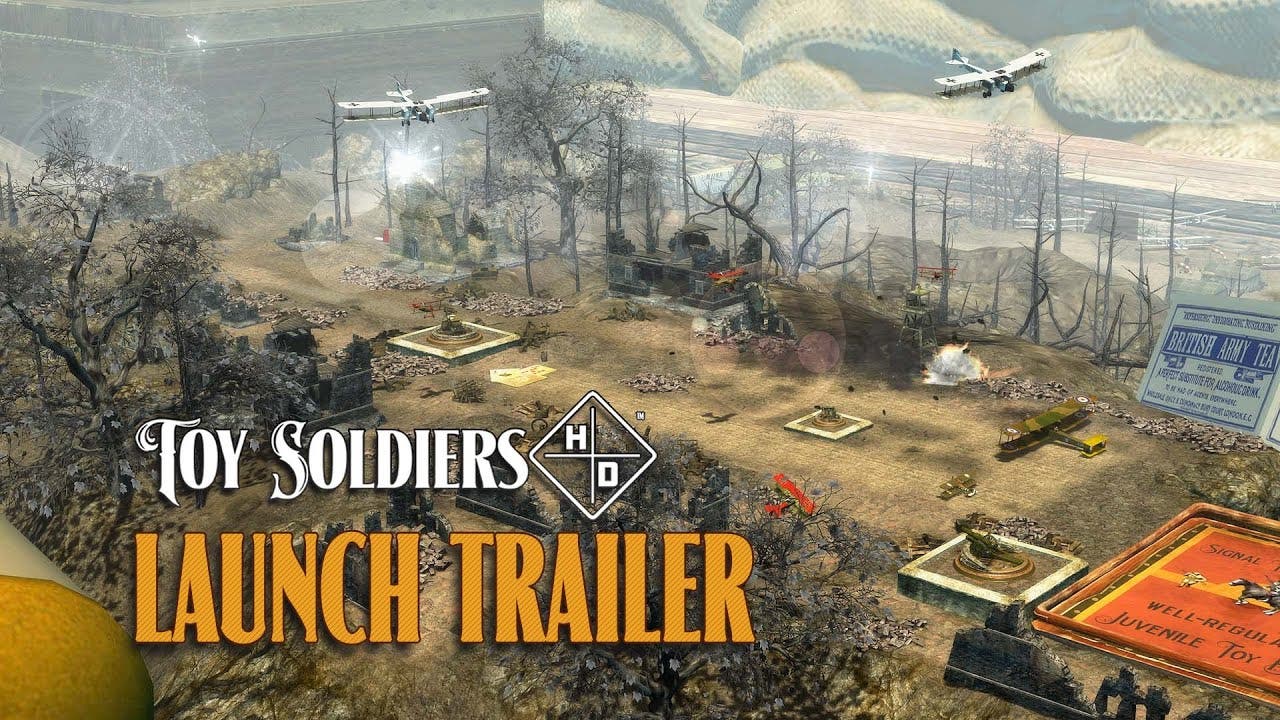 Toy Soldiers HD is now digitally available on Xbox One (playable on Xbox Series X I S), Steam, and PlayStation 4 (playable on PS5). Our Nintendo Switch version is close to release but needs additional polish. Our small team pushed hard to achieve a simultaneous release on all platforms. We apologize to Nintendo fans, we assure you that we are getting very close and will have a release date soon.

In the meantime, we are very excited to release Toy Soldiers HD on PS, Xbox, and Steam platforms. Toy Soldiers HD is the digital embodiment of our childhood imagination mixed with strategy and military action. WWI era toy soldiers and military vehicles locked in strategic combat filled with authentic sights and sounds.

Toy Soldiers HD is a diorama of military action set in a child’s bedroom, a library, lounge, and more. At your command are toy army soldiers, tanks, biplanes, bombers, machine guns, mortars, fixed upgradeable emplacements to defend your base from waves of increasingly challenging attacks. These ingredients make Toy Soldiers HD a lot of fun to play.

Like many strategy games, you carefully build your defenses and plot your offensive moves, but one of the things that makes Toy Soldiers HD unique is the ability to instantly pop in and out of the battlefield from both third-person top-down strategic perspective and first-person POV shooter perspective in both single and multiplayer. Watch the battle play out as you build, upgrade, and repair your defenses or jump feet first into it and wage war against your opponent. Don’t worry, when you go full first-person POV, AI takes over your units.

Authentic sights and sounds of WWI create an immersive experience. Toy Soldiers HD will include never-before played content, enhanced HD graphics (hence the name), and improved camera and sound. All previously released DLC will be included in the campaign flow.