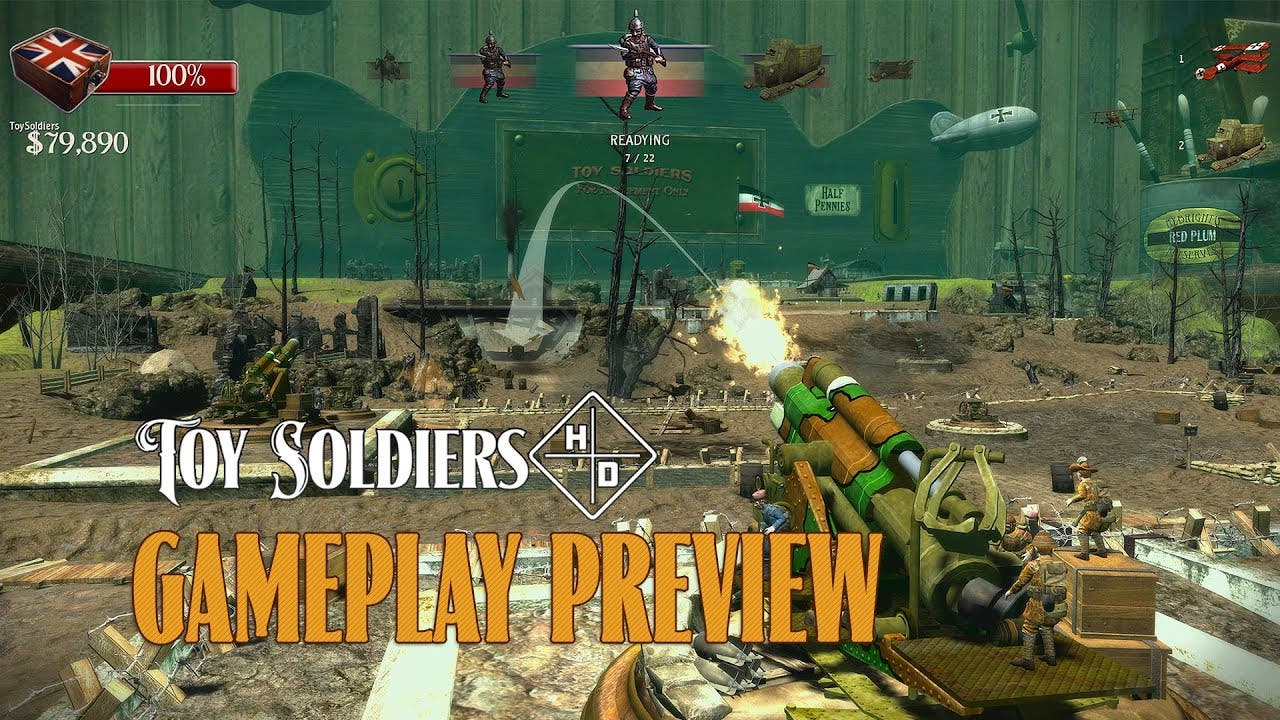 Our plans are changing, and we are moving the release of Toy Soldiers HD on to October 21, 2021. We apologize to you all. As a small team, each decision we make carries more impactful consequences.

So, it was a difficult decision to make but the right one. Moving the date ensures all versions of the game will be released simultaneously. That means Xbox One (playable on Xbox Series X I S), Steam, and for the first time ever, PlayStation 4 (playable on PS5) and Nintendo Switch will be available on October 21.

The new date is based on an issue of leaderboards displaying incorrectly, amongst some minor items we wanted to address, so instead of staggering our release, we decided it was best to hold all versions until we could release them on the same day. We are fixing the leaderboard right now. We are absolutely positive we will release them all on October 21.

We apologize for moving the date again, but we want you to fully experience the definitive edition. We want you to enjoy the improved performance, new single and multiplayer modes, and all the DLC.

Toy Soldiers HD is the digital embodiment of our childhood imagination mixed with strategy and military action. WWI era toy soldiers and military vehicles locked in strategic combat filled with authentic sights and sounds. The ability to jump between first-person POV shooter and third-person top-down strategic perspectives in both single and multiplayer battles.

To give you a sense of the game, here is our previously released walk-through video showing single-player action with commentary. We hope you enjoy the video.

Again, we apologize for the new date,