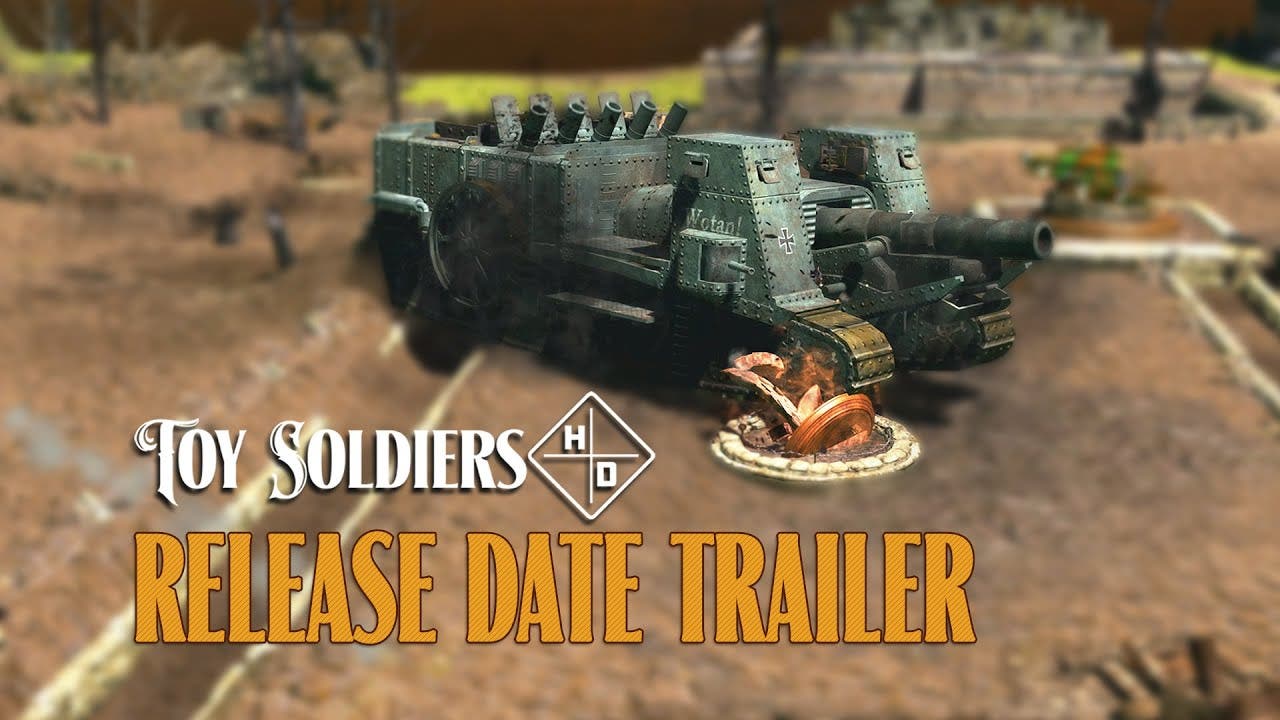 The great war begins September 9.  Toy Soldiers HD, the overhauled, upgraded, and better-than-ever action and strategy video game developed by Signal Studios and published by Accelerate Games will be digitally available on PlayStation®4, Xbox One, Nintendo Switch, and on Steam.

The original Toy Soldiers remains one of the most beloved and best-selling XBLA titles of all time, selling millions of units. At the 2011 D.I.C.E. award show, the indie game was nominated for best simulation game of the year alongside massively budgeted AAA titles Starcraft 2, Civilization V, Dawn of War II, Supreme Commander II.

The game’s gameplay mechanics remain unique. You control one of two armies made up of more than 50 units of miniature WWI toys, set in a diorama of various locations such as a bedroom, library, etc. Like many tower defense games, you strategically build your defenses while plotting your counter offensives.

But unlike other tower defense games, Toy Soldiers HD gives you the ability to experience the battle from both top-down strategic perspective and a first-person POV take the action into your own hands’ perspective. Watch the action unfold or jump feet first into the boots of an infantryman and race across the battlefield dodging artillery while using a flamethrower to burn your enemies to a crisp. Mount your horse and charge the enemy head on with your cavalry. Pilot bombers and drop shells that pockmark the field below or strafe your opponent using biplanes. Go hands-on howitzers and mow down the enemy.

We look forward to seeing you out on the battlefield beginning September 9.