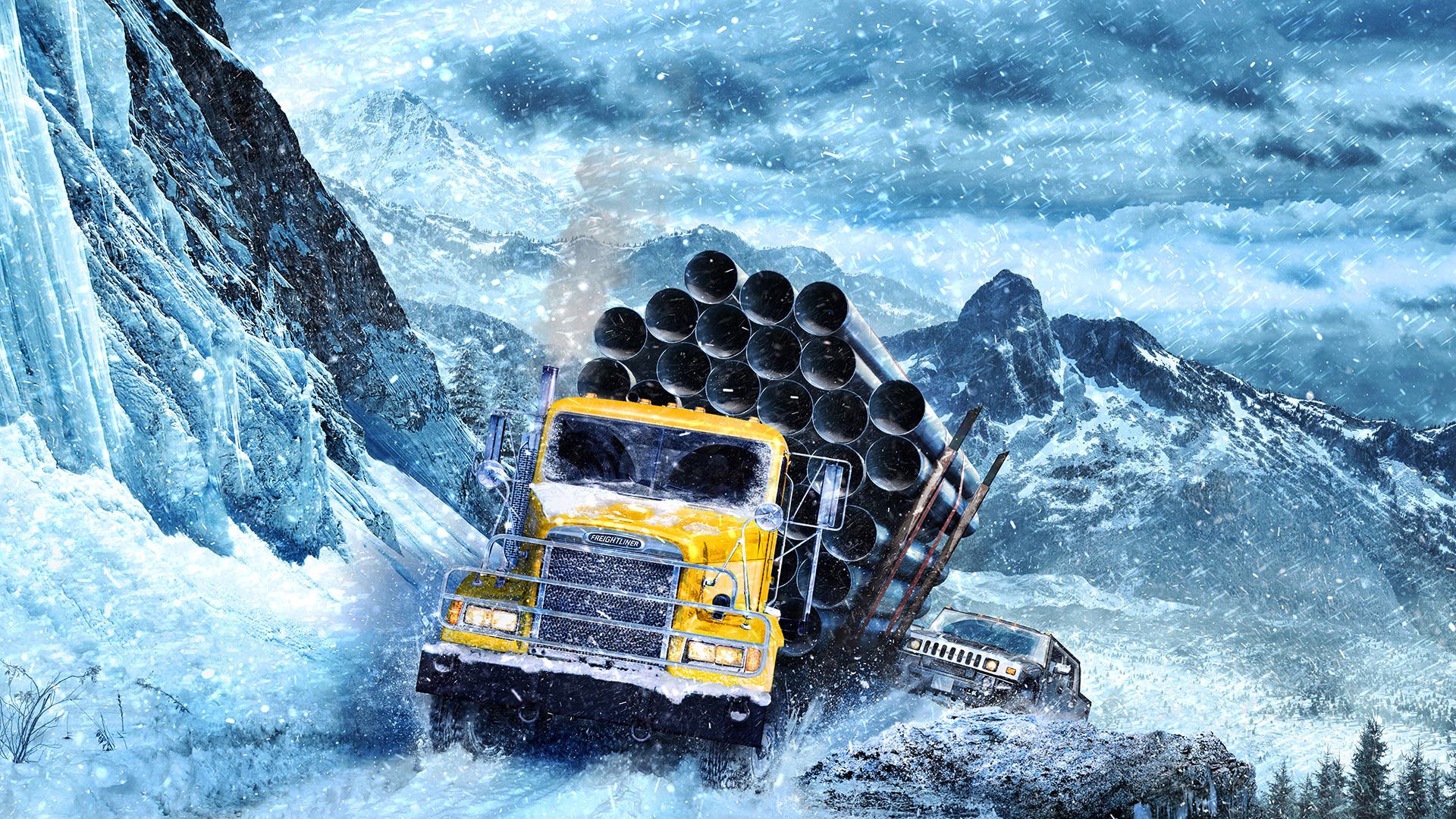 I working to uncover the map with my scout vehicle when I spotted a oil tanker half-submerged in water. My lightweight transport wasn’t heavy enough or powerful enough to pull me and it out of the muck. So I switched to my off-road powerhouse of a truck, complete with a crane. Once I had arrived, I pulled the tanker out with ease, only to misjudge the angle of the small hill back to the road and tipped myself over. It took a fleet of trucks to hilariously bring my heavy off-roader back onto its wheels to complete the job. It’s things like this that make SnowRunner full of emergent, disastrous moments. SnowRunner is not a new release, but it is new to Steam. And it comes with all free content updates that have come along since last year. This is a game about mathematics, angles, traction, torque, and power. SnowRunner is the best of the series to-date, and is a fantastic globetrotting adventure of enduring extreme weather in a hostile open world to perform the most difficult jobs — so long as you’ve got the patience. 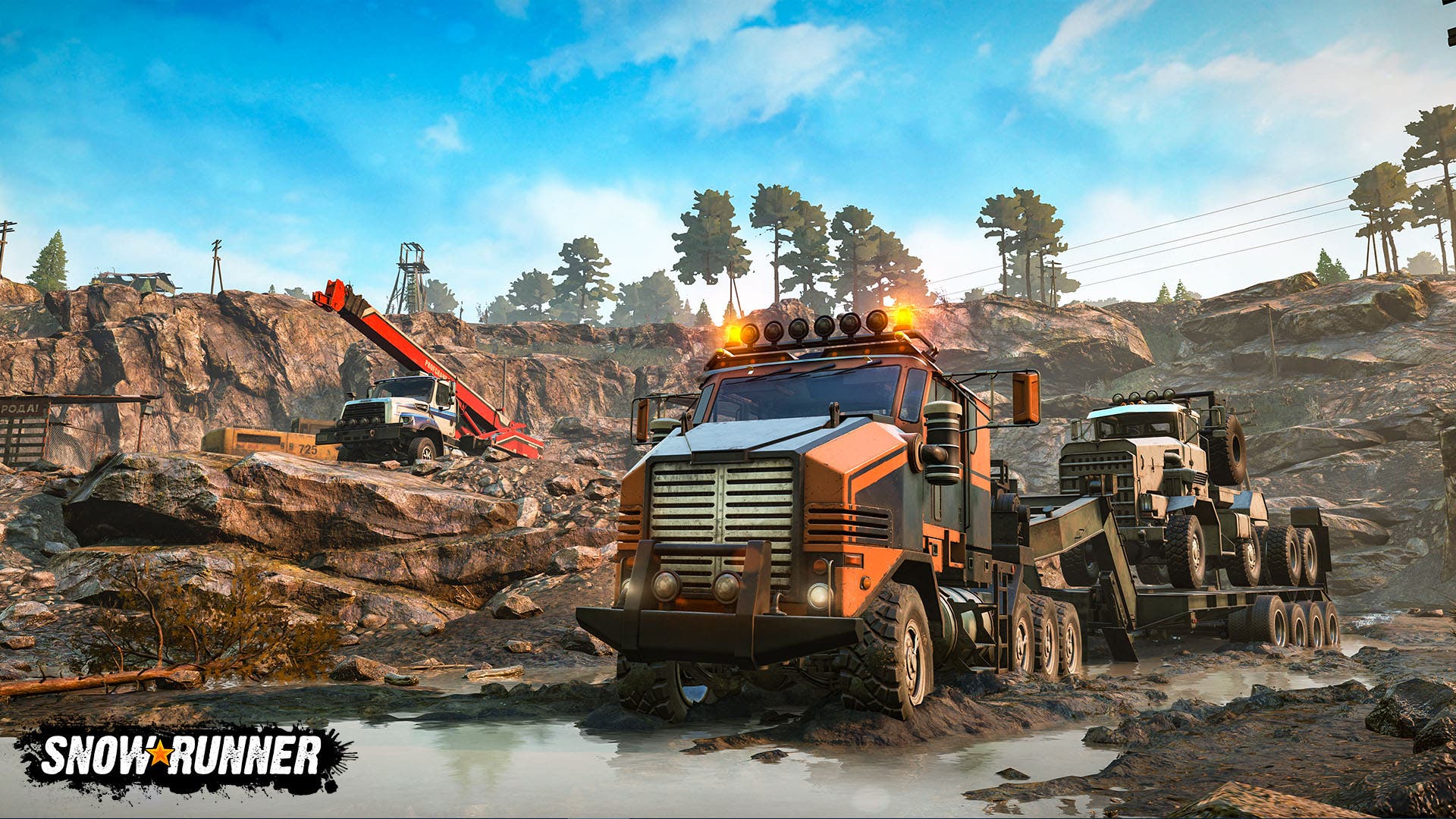 Unlike MudRunner or SpinTires before it, you’re given an honest tutorial that’ll teach you the basics and ever-increasingly complex off-road terrain, as well as how to take and complete jobs. After this introduction, you’re whisked away to Alaska for the “real work” to begin, but you can return to the first area to complete what’s available there. While the game is called SnowRunner, there’s still plenty of mud, ice, flowing rivers, and rocks to be found. SnowRunner excels at teaching you the basics, but lets you figure everything else out on your own, with some gentle nudges along the way. Learning how to traverse the environment is key. You’ll have to manage vehicle revs, four or two-wheel drive, and differential locks all in order to successfully navigate the off-road challenges you often find yourself in.

You’re free to explore each of the game’s maps as you please. The best way to tackle them is to your use scout vehicle to venture out and uncover the map through exploration and watchtowers. Then you’ll have to fix something to make the region more freely accessible. Lastly, in order to progress, you’ll need level up to take on the higher paying jobs. There are two forms to earn money and experience: Contracts are long questlines that will take you across the entire region to complete. And Tasks are just short side missions, that are easy to resolve. No matter the type of mission or task, whether it be repairing a bridge or retrieving a lost vehicle, these are environmental puzzles that will challenge your knowledge of terrain and vehicle capabilities in every way it can. 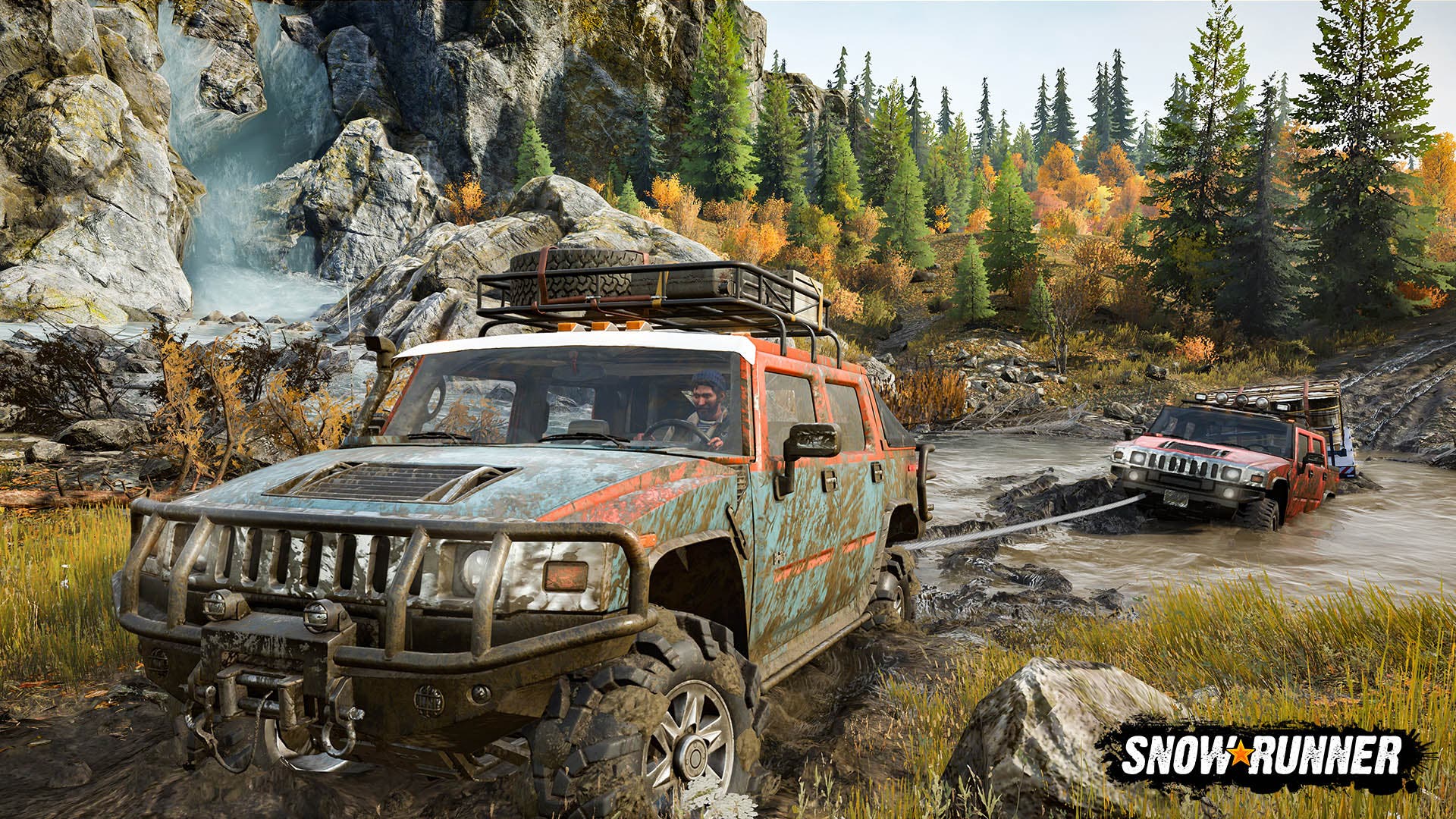 There are now over fifty vehicles within SnowRunner, an eclectic mix of modern day and classic vehicles (to include the ones from paid DLC). Controlling these vehicles are, despite their variety of tools, are easy to control. You’ll be able to manually select gears, where putting into a lower gear instead of the default automatic, will allow you to navigate the rough terrain. If you manage to get stuck, you can winch yourself to a nearby tree or pole, and in conjunction with throttle, get you through it. If you get really stuck, you can recover your vehicle back to the garage, but forfeit all the ground you covered. Any trailers or things you were carrying are left where they last were. Having control and tools and makes for every inch of terra firma gained, a little victory of its own.

The vehicles you drive and that are in your care can take damage. If your vehicle is too damaged, it won’t respond any longer. The same goes for the other vehicles, to include if they run out of fuel. To build up your fleet of vehicles, you can buy them from the in-game store with currency gained. Unfortunately, currency comes a bit too slow for my liking. There are plenty of vehicles stranded on the map that are yours for the taking if you manage to find them. You can also find upgrades out in the wild, but it just isn’t realistic which the rest of the game is going for. And often, you’ll find upgrades not for your current vehicle. It’s a minor annoyance in the grand scheme of things. There’s lots of ways to improve and expand. 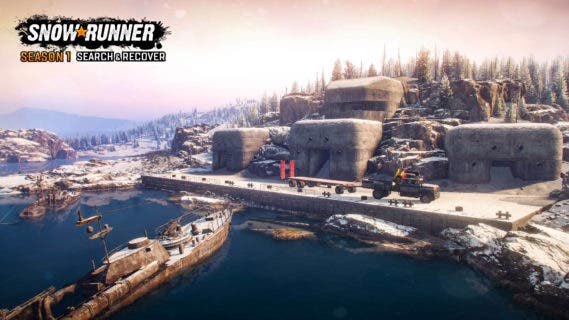 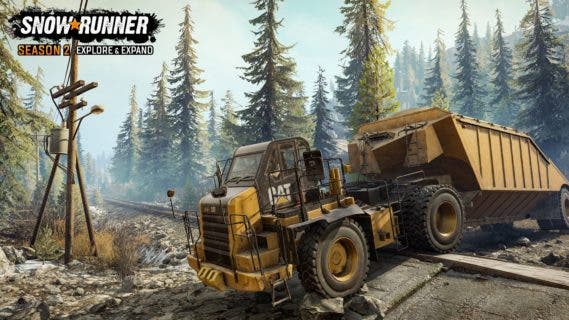 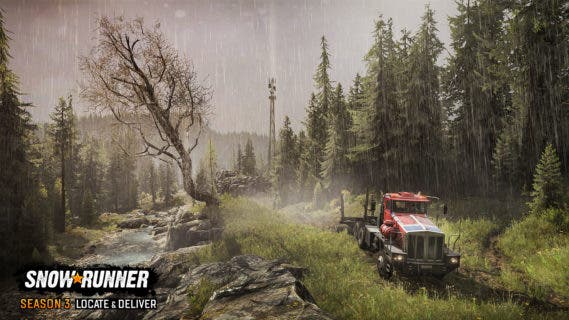 In the base game there are three locations with four maps. There’s been a massive collection of paid DLC released as part of the Year 1 Pass. At the moment of this review, there’s only the first three seasons to play. When the game releases onto Steam, Season 4 will release. As it stands now though, there’s a lot of new to the game for newcomers or those returning for more. Season 1 “Search & Recover” provides two new locations in Kola, Russia and three new vehicles to use. Season 2 “Explore & Expand” brings two new locations in Yukon, Canada and three new vehicles made available. And Season 3 “Locate & Deliver” goes stateside for a new region of Wisconsin, USA, and another set of three new vehicles to own. All of these seasons add new activities, trials, and missions to the game. It’s exhaustive and extensive additions that make the Year 1 Pass worth it.

The game supports modding via mods.io. I haven’t yet found a mod that breaks the original game by say, giving you a vehicle that lets you complete the early missions with little to no challenge. But the community has been hard at work in showing their creativity, and this further extends the life of the game beyond what the developers make for it. I am hesitant to recommend diving into the mod scene until you’ve consumed all of the official content first. Namely because all of the missions are just really well made. 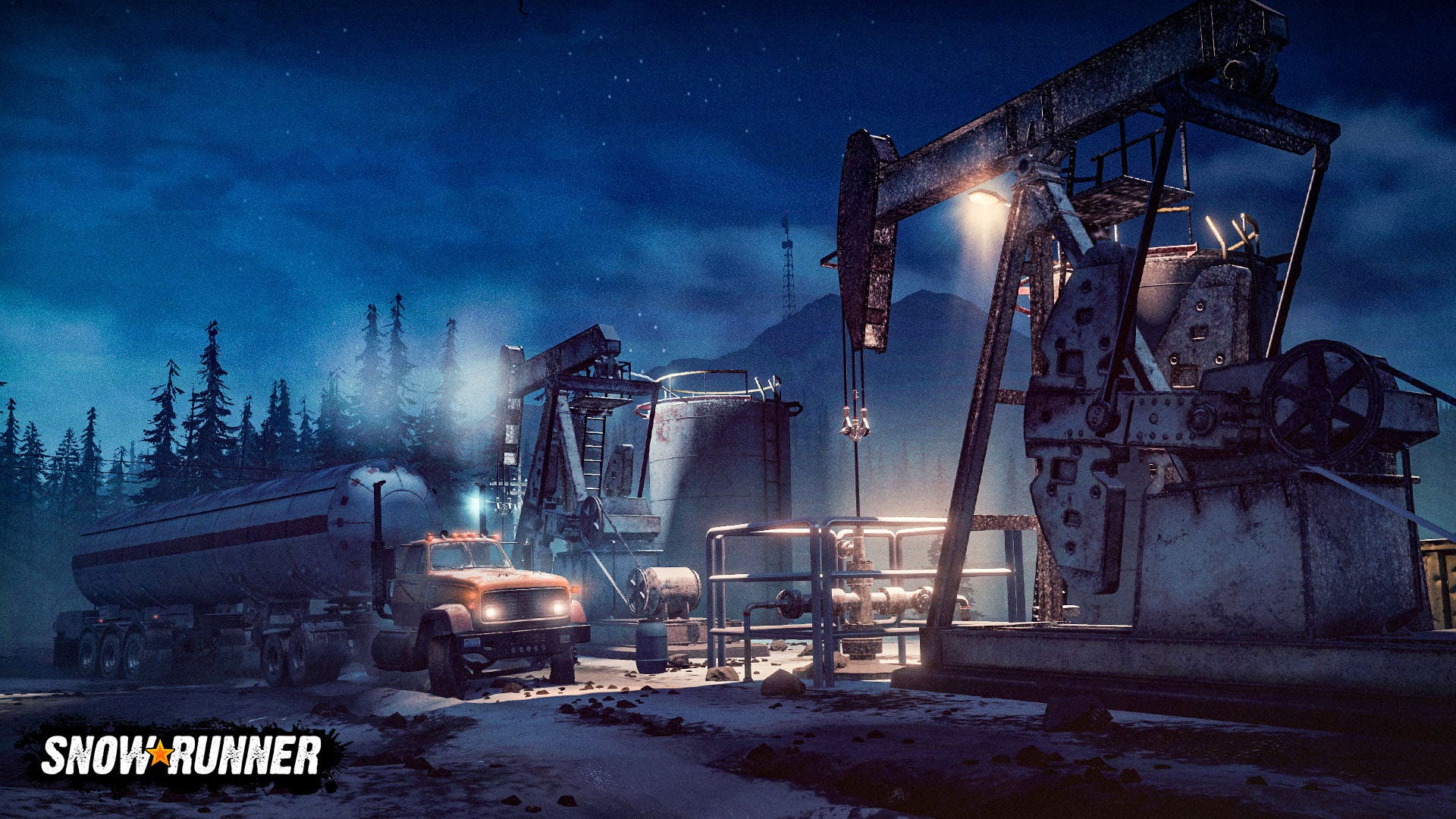 The physics on display within SnowRunner are just fantastic. The way that mud clings to tires, how water displaces when different weights are put into it, when snow spurts from the back of spinning tires, or even how rain drips down surfaces in chaos theory fashion. There’s some incredible simulation here, not only from a physics, but gameplay perspective. Going full throttle into the mud is only going to make things worse, so taking it slow is how you’ll prevail. On the visuals front the game is absolutely gorgeous, but it doesn’t run as good as I would’ve thought. I have just a one-year old PC, and it barely stays above 60fps running at maximum settings. It seems that between my CPU and GPU, it should be able to handle the game a lot easier. It’s not detrimental to the experience, just surprising. 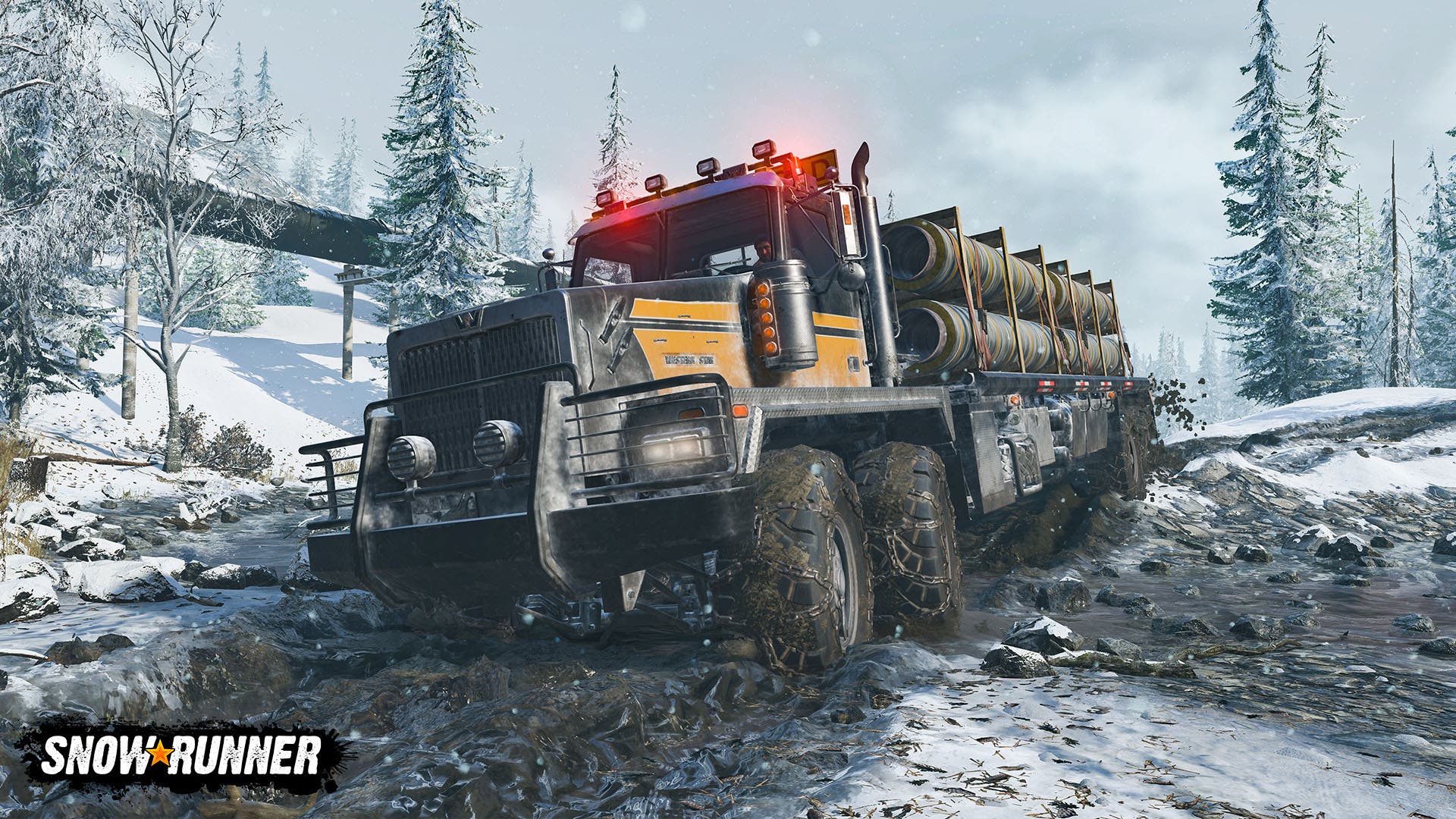 SnowRunner takes the series to new heights as it exceeds MudRunner in every way, while retaining everything that these games are known for. Saber Interactive balances frustration with wins that feel earned, even if that take you many hours in-game to achieve. This is a great entry point for those curious to traverse weathered open-world environments while completing jobs in singleplayer or online coop. SnowRunner is as deep as it is rewarding, and is one not to be missed.