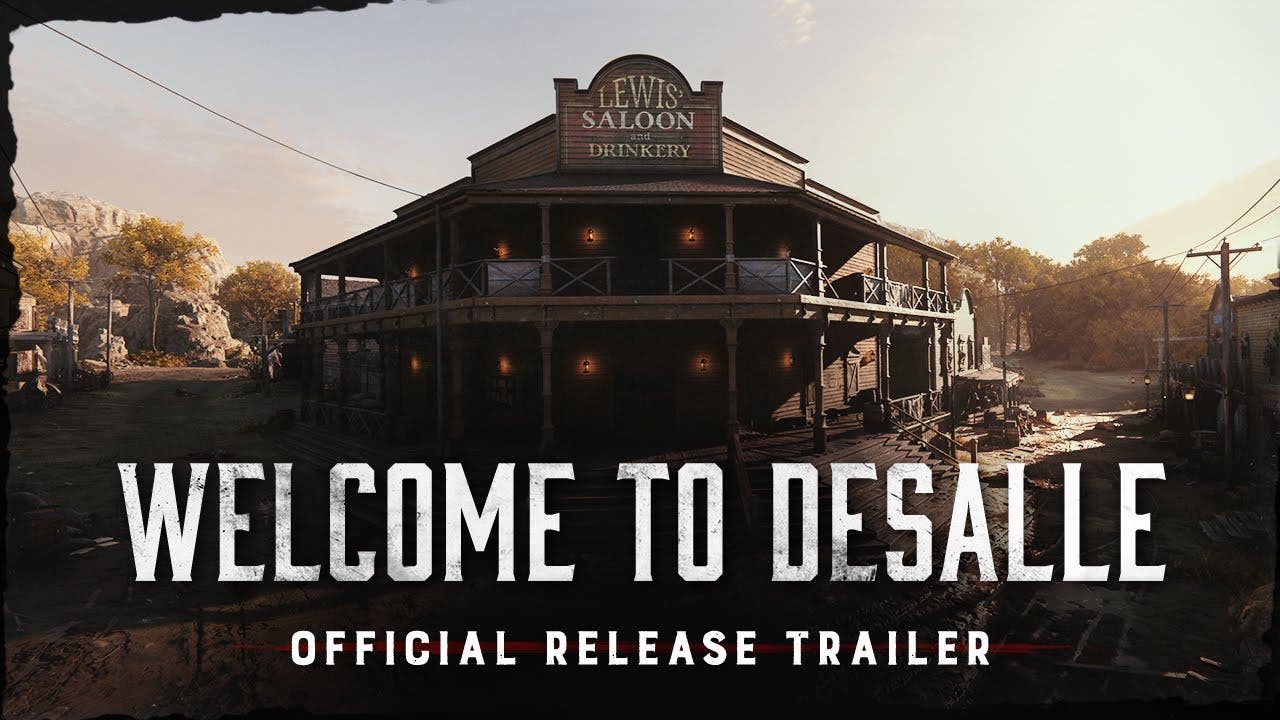 Take a trip down to DeSalle in Hunt: Showdown’s newest map, on live servers on PC now

FRANKFURT, Germany – July 20, 2021 – Hunt: Showdown’s brand-new map, DeSalle, is officially available on PC today. It is expected to arrive on PlayStation®4 and Xbox One in early August, following a soft launch on test servers. DeSalle brings a fresh new setting to the game, giving players 16 compounds to explore and joining the game’s roster of other maps, Stillwater Bayou and Lawson Delta.

DeSalle’s unique design compared to Hunt’s previous maps is its focus on verticality, with more routes and approaches throughout. Upper DeSalle and Lower DeSalle – the map’s two main compounds – intertwine with one another to give the map a Wild West feel (you can even charge through the swinging doors of a saloon!). Players will discover not only a city to battle in, but also a mansion, quarry, prison, and so much more.

The new map has so far received huge praise from players on the test server, particularly for its level design, audio, and attention to detail. Eagle-eyed players have already found a ton of Easter eggs hidden around the map, with more still yet to be uncovered.

“We’re so pleased to see such great praise for the map on the test server, with players pointing out that the map is fun and fresh, as well as graphically stunning. The team has worked so hard, and it’s great to see the community so happy – we can’t wait to release it on all the other platforms for everyone to play,” said Loïc Raimond, Live Service Producer for Hunt.

The Hunt: Showdown team hopes players enjoy the map as much as they’ve enjoyed working on it. New players can grab Hunt: Showdown for 50% off on Steam for a limited time, with a range of DLC also available at a discount. For more information about Hunt: Showdown, visit: www.huntshowdown.com.