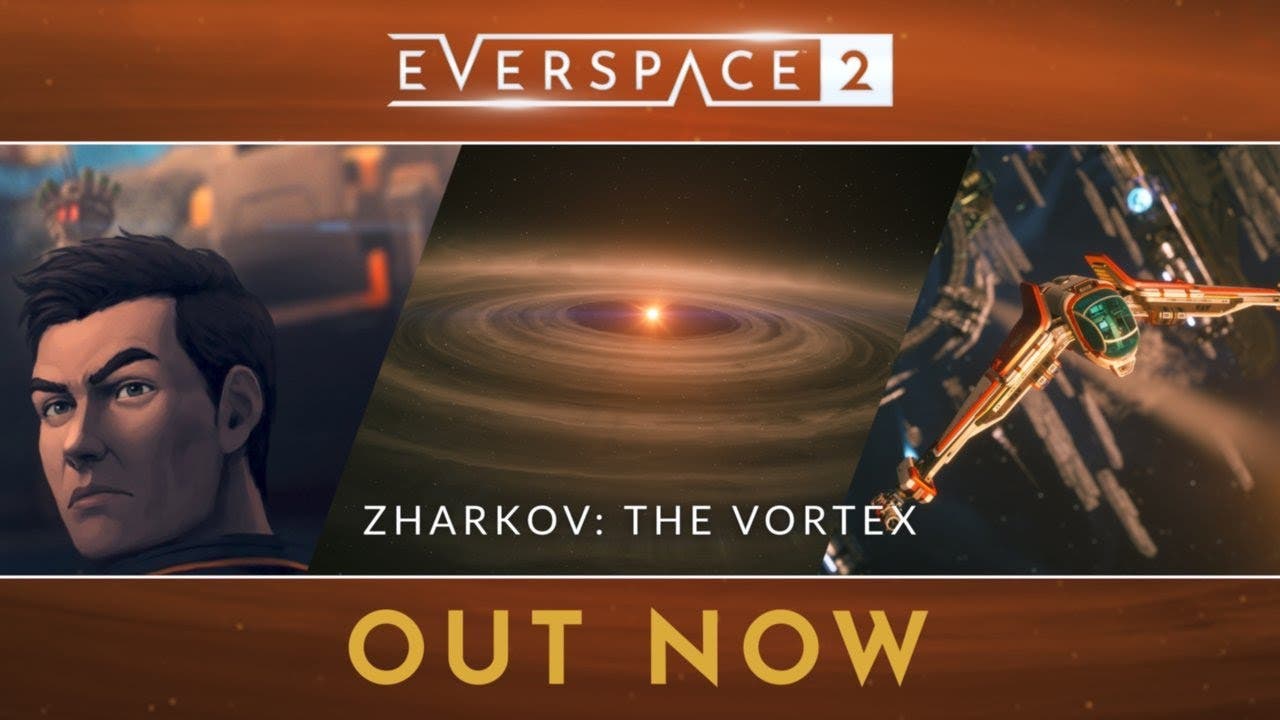 Zharkov: The Vortex update for EVERSPACE 2 arrives today, brings lots of new additions with it

Hamburg, Germany – August 4, 2021 – ROCKFISH Games has released the second major Early Access update to their spacefaring looter shooter RPG, EVERSPACE 2— Zharkov: The Vortex opens up an all-new star system, a new spaceship class, companion, main and side missions, activities, challenges, and more than 120 improvements and fixes being added to the space action RPG.

Set in a gas cloud system, Zharkov: The Vortex is packed full of new environments, locations, and star bases to discover. Fair warning, Zharkov is EVERSPACE 2’s most dangerous area yet as it is filled with lightning storms, ruined hulks, and strong enemies seeking their next target.

Playing as Adam, a former clone pilot, the player will dive deep into the shady dealings of the Grady & Brunt mining operation and uncover secrets leading to mysteries of The Ancients, and learn how the factions in the game are all connected.

During a certain section of a high-risk undercover operation, players have to prove their 6DOF maneuvering skills when navigating a remote-controlled maintenance drone through narrow tunnels and pass laser security barriers undetected to prevent an inside job from going south.

Further progressing through the fully voiced campaign, EVERSPACE: Encounters players will recognize the new companion added, an old friend: Tareen, the Okkar trader will join the roster of companions and provide some very useful perks. As the new quartermaster, Tareen will expand the player’s storage and increase the number of ships that can be parked at the Homebase.

The latest EVERSPACE 2 ship, the Vanguard, is a lightweight reconnaissance fighter with a focus on speed, quick maneuvers, and defensive measures – perfect for players who love to delve headfirst into the battle and take out enemies in quick succession. The Vanguard’s Special “overcharges” the ship’s shield to up to 200% capacity when boosting or when in Cruise Mode allowing for shield-buffed attacks. This ship also receives an increased critical hit chance when attacking enemies from the rear, making clever combat positioning a significant advantage in dogfights. The Vanguard’s Ultimate, Time Extender, slows down time giving plenty of opportunity to regain the upper hand in any given combat situation if things get messy.

Vanguard ships also come with one out of four random Passive Perks that let cruise drive to be activated with enemies nearby, reduces Web effect by 50%, lowers up to 20% support device cooldown depending on overcharge percentage, or makes Time Extender immediately restore all weapon and boost energy.

Along with the Vanguard, players will also be able to access the second tier of all other current ship types, granting new wing styles and better base stats.

The Zharkov: The Vortex update also brings a significant amount of additional features such as new missile and mine types, a grappling hook, additional music tracks, new gameplay mechanics, and more. For more details, read the latest Steam News Update.

The full changelog can be found here. A high resolution image of the EVERSPACE 2 2021 roadmap can be downloaded here. The game is currently 20% off on Steam. Deal ends on August 9, 10:00 am PDT.