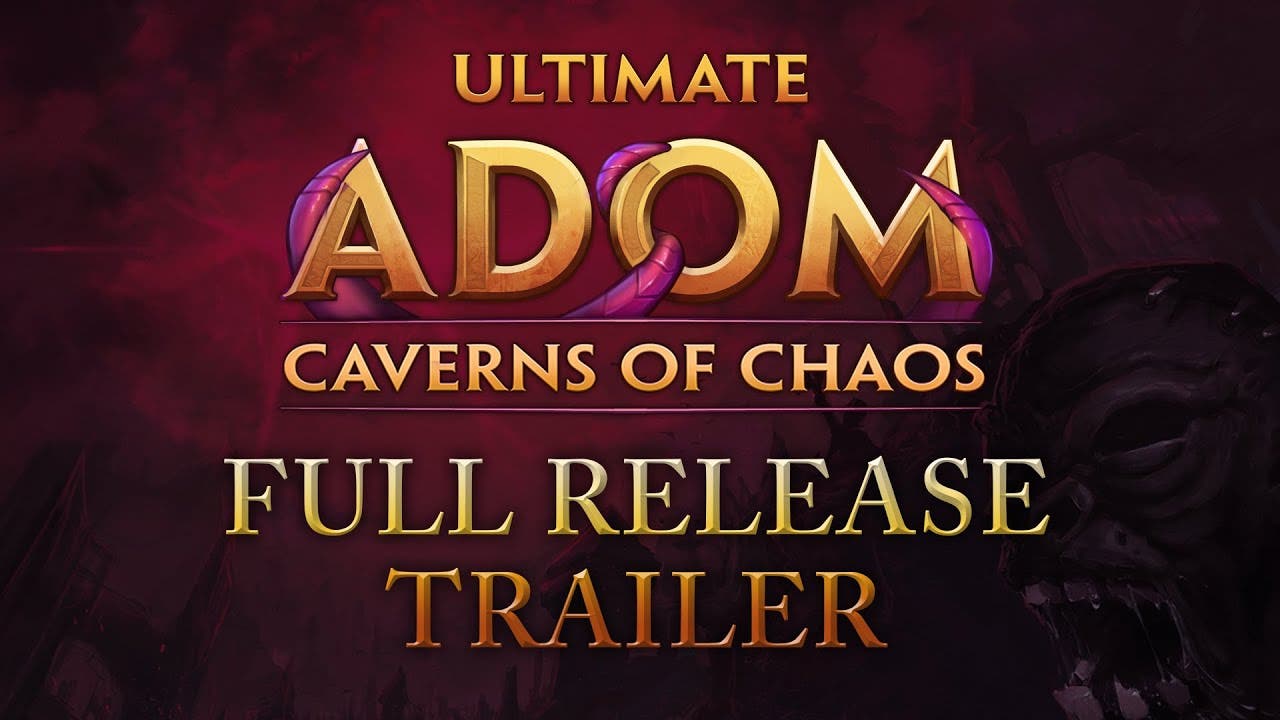 Wiesbaden, Germany 25th August, 2021.  Publisher Assemble Entertainment and developer Team ADOM are excited to announce that Ultimate ADOM – Caverns of Chaos — the classic-meets-modern hardcore roguelike — is available today for Windows PC, Mac, and Linux via Steam for £17.49 / €19.99 with a 30% launch discount!. And that’s not all! The title also today receives the “​Update of the Living Dead”, which includes a brand new class — the Necromancer — along with three new magical skill trees, for a total of 68 new skills, 19 new spells, and more than 20 new monsters to slay!

A sequel 25 years in the making, Ultimate ADOM takes everything players love about traditional roguelikes — procedurally generated levels, random encounters, tons of skills, and a ridiculous amount of build varieties and play styles — and adds in modern sensibilities like multiple graphics options, intuitive controls, and a slick presentation.

“We love working with a developer as passionate about their titles as Team ADOM, who are always working on adding new content to the game and fixing issues,” said Assemble Entertainment CEO Stefan Marcinek. “With a full release that also includes a massive new update, players have a wealth of content to explore in a title already bursting with depth and value.”

“We couldn’t be happier to announce the full release of Ultimate ADOM – Caverns of Chaos, ” said Thomas Biskup, Creator of ADOM. “We listened closely to player feedback during the Early Access phase and are constantly working to add more content and improve the experience for our fans, so adding the ​Update of the Living Dead to the full release was a no-brainer.”

Update of the Living Dead Features:

Since the events of the first game, the big bad known as Andor Drakon has been seemingly vanquished and Ancardia is still struggling with the cataclysmic aftermath of Andor’s defeat. Unfortunately, power abhors a vacuum, and seven factions are now scrambling to be the new top dog. While they bicker with each other, however, a new evil begins to stir below the surface. It’s up to you to head down into the aptly named Caverns of Chaos to investigate these ominous rumblings and keep things from getting out of hand. Dust off your spellbook, grab your favorite cloak, and maybe graft a new arm to your body so you can hold another weapon — you’re going to need it.

Key Features of Ultimate ADOM Include:

Ultimate ADOM – Caverns of Chaos is now available on Windows PC, Mac, and Linux via Steam for £17.49 / €19.99. The game is currently available in English with German, French, Russian and Simplified Chinese subtitles. For more on the game, visit the official site at https -//www.ultimate-adom.com.

Assemble Entertainment is also offering a “Save the World” Edition for Ultimate ADOM – Caverns of Chaos that contains bonus wallpapers and the original soundtrack for £25.99 / €29.99! In keeping with the game’s theme of battling corruption, for every “Save the World Edition” sold, Assemble will donate 10% of the proceeds to the International Agency for Research on Cancer (IARC).