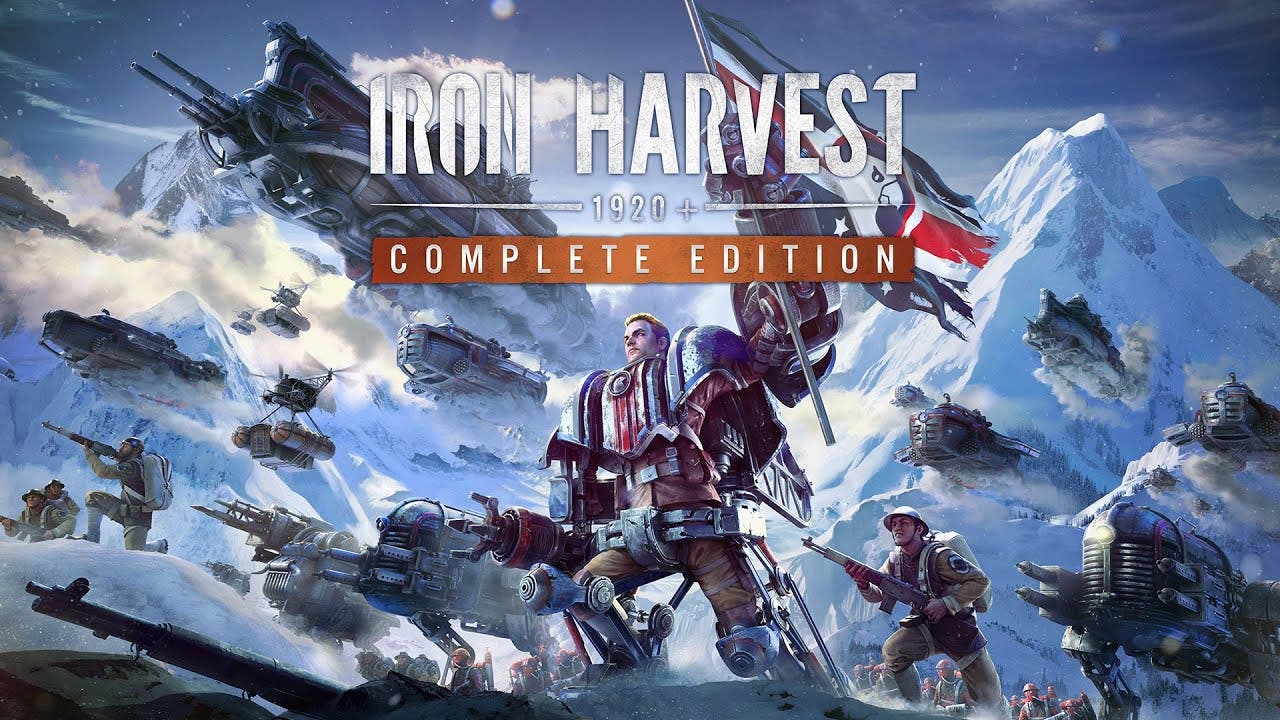 Iron Harvest Complete Edition contains the previously released Rusviet Revolution and Operation Eagle DLC add-ons. It will be accompanied along with the next update that brings a new multiplayer map, a new buildable defensive structure, quality of life enhancements and a lot of tweaks and adjustments to the beloved squad-based RTS.

In addition to gameplay content, KING Art Games is preparing for the release of the “Iron Harvest Extended Soundtrack,” with 70 minutes of extra music from the main game and the Operation Eagle add-on. Available on Spotify, YouTube and other music platforms available on the title’s anniversary month.

With airships dominating the skies, and giant diesel-punk mechs stomping on the ground, players worldwide created a competitive and friendly community that not only contributed valuable feedback but also competed to become the best Mech commander the world of Iron Harvest has ever seen. Long before the successful Kickstarter in 2018, the Iron Harvest community influenced and shaped what finally culminated into the Iron Harvest Complete Edition.

KING Art Games’ announcement trailer takes a look back on what has been achieved and gives a glimpse on what the Complete Edition has to offer, including a first look at the next-gen version and a sneak peek at the new worldmap coming soon in Iron Harvest Year 2.

The Iron Harvest Complete Edition releases physically and digitally on October 26, 2021 for PlayStation 5 and Xbox Series X|S with an MSRP of $49.99.

About Iron Harvest:<
At the dawn of the 20th century shortly after the end of World War I, the world is full of secrets, mysteries, opportunities and challenges. Tradition clashes with scientific and technological progress while Europe is recovering from the brutal battles of the first World War. To create the perfect RTS experience the team has been working in close cooperation with global fans of the genre since the game was funded through a highly successful Kickstarter campaign in 2018.