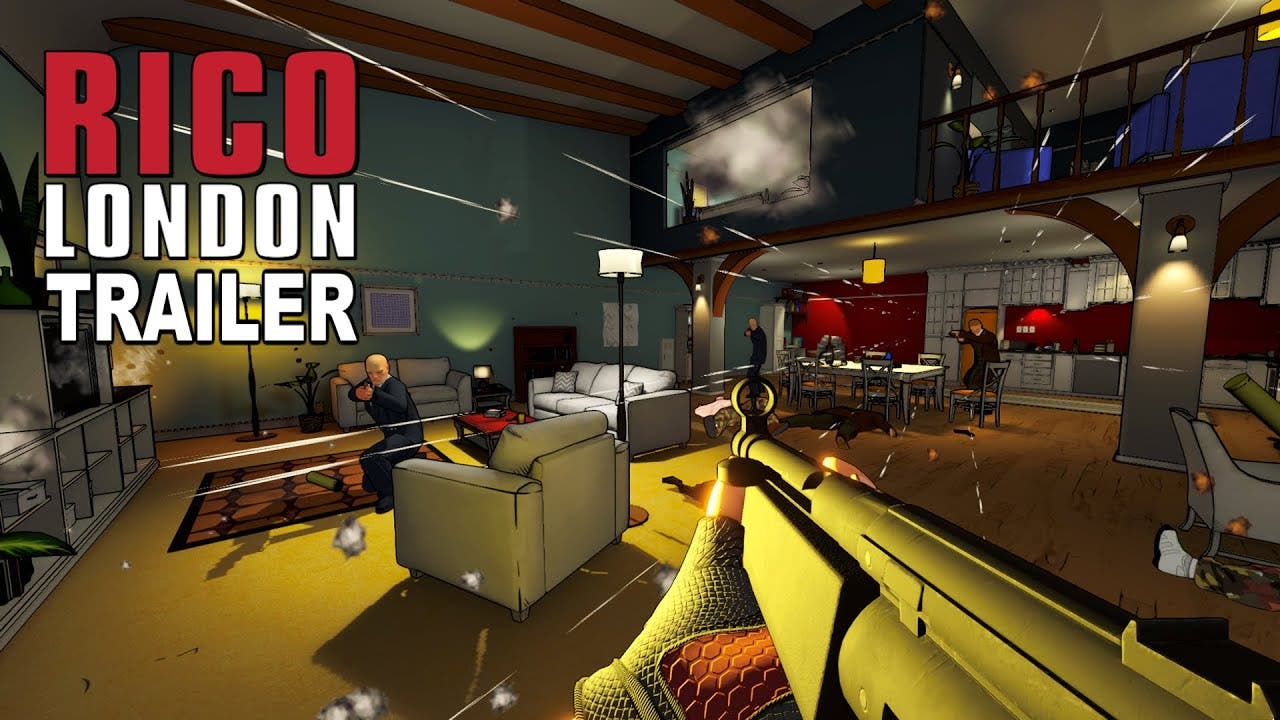 [London] 9 September 2021 – RICO London launches digitally today via the Steam and the Nintendo eShop, with a Switch physical edition also available at retailers tomorrow. The PSN and PlayStation 4 releases are lined up for October with the Xbox version due in early 2022.

Developed by Ground Shatter and published by Numskull Games, RICO London can be played either solo or online/local/tabletop co-op.

The buddy cop shooter is an ode to retro arcade games and finds players tackling London’s notorious gangs as D.I. Redfern and her partner Ahmad Khan. Players must blast their way through a high-rise building, working together to bust down doors whilst using slo-mo to breach and clear rooms, calmly defuse bombs, and tackle intense hostage situations.

Procedurally generated levels mean that no two playthroughs are the same, with each attempt offering the opportunity to mix up tactics and decisions to progress. Choose between Easy (no permadeath) or Normal (permadeath and friendly fire) but bear in mind that medkits are crucial for the latter with no auto health regeneration – keeping things old-skool.

When completing each gun-blazing level, players are awarded medals that can be used as currency to purchase supplies like medkits, permanent upgrades that reduce the likes of recoil and restore health, not to mention numerous weapons inspired by action movies like the Lockstock sawn-off shotgun, GoldenEye 1911 sidearm, or Yippee-ki-yay SMG.

Beyond the campaign mode, with its in-depth story mode and stellar voice acting, players can even compete against the world in the Daily Play game mode that brings a fresh daily challenge using a fixed set of weapons, perks, and enemies.