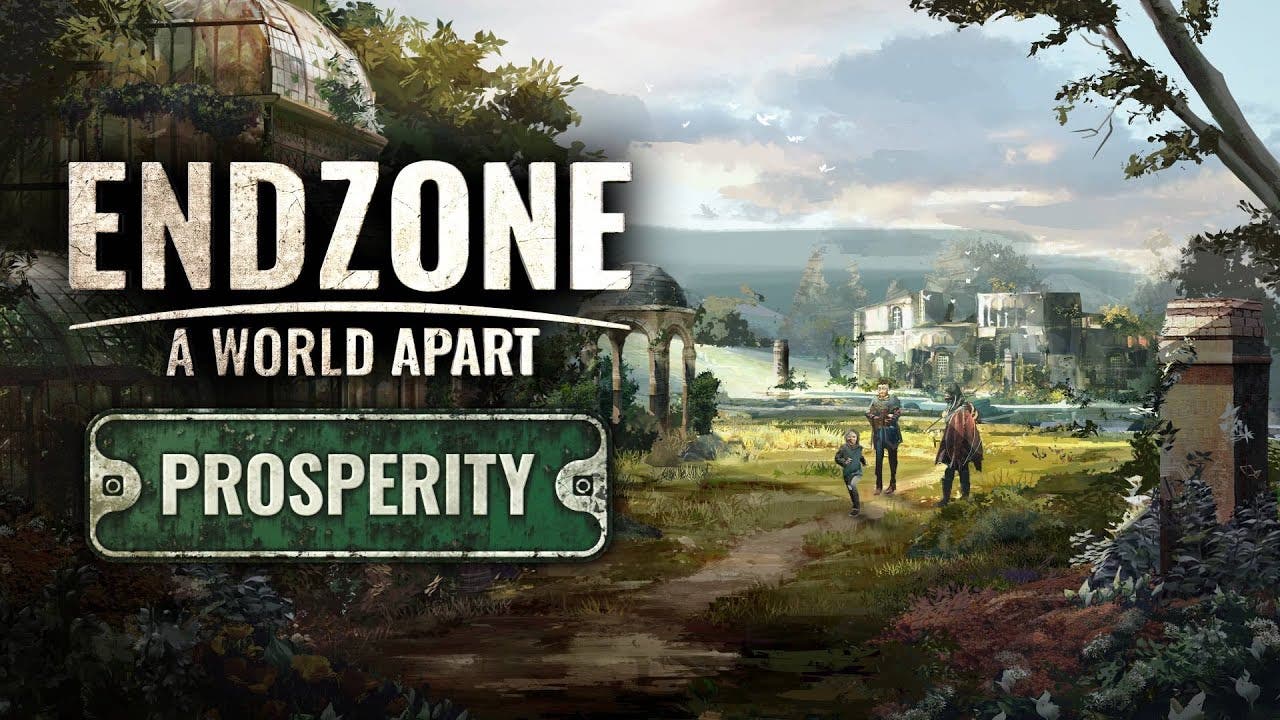 Wiesbaden, Germany, 14th September, 2021. Live long and prosper—ity, survivors! Today, publisher Assemble Entertainment and developer Gentlymad Studios announced an October 21st, 2021, release date for the Endzone – A World Apart Prosperity expansion coming to Steam and GOG! Not only that, but they’ve dropped a brand new gameplay trailer showing off the soon-to-come features. The Prosperity expansion will take the plucky post-apocalyptic wasteland dwellers from struggle-mode to alive‘n’thrivin’ with new materials, buildings, challenges, and new adventures! While their predecessors worked hard to eke out a meager existence in a world that wanted them dead, this new generation finally has a chance to actually enjoy life — whether that means a nice soapy bath or a cold ale.

After a successful launch on Steam and GOG with more than 350,000 units sold and 3,800 positive Steam reviews, the game’s developers have been hard at work crafting a new expansion that brings some refreshed hope and positivity to the world of Endzone. Residents of the colony can now make demands of the player, providing even more depth and realism to the experience and adding new layers to the strategy. It’s not just about building a functioning colony, the needs and requests of this new generation have gone beyond simply finding a safe place to sleep and food to eat.

Of course, toxic rain, violent sandstorms, savage raiders, and the ever-present threat of radiation aren’t just going away, but the colonists deserve some time to kick back and enjoy the good things in life. The Prosperity expansion brings fresh luxuries like soap, beer, cake, and coffee, along with new resources like sand, concrete, metal, and cement for enhanced constructions and a whole set of new buildings!

Key Features of the Prosperity Expansion:

Endzone – A World Apart is a city-builder-meets-survival-sim that puts players in charge of growing and maintaining a colony beset by toxic rain, sandstorms, radiation, and roving gangs of violent raiders. Build farms, water plants, schools, and everything else a burgeoning society requires to not only survive but thrive in a world that’s not exactly fit for human occupancy!

Staying with the environmental themes of Endzone – A World Apart, Assemble Entertainment has teamed up with the charitable organization One Tree Planted to plant a tree for every Save the World Edition bundle purchase. Not only that, players that buy the Save the World bundle will also receive a free copy of the game’s stellar soundtrack!

If you’d like to speak to the minds behind Endzone – A World Apart or any of the titles in Assemble Entertainment’s award-winning roster, just reply to this email and we’d be happy to coordinate. Submit a review key request via the button above.