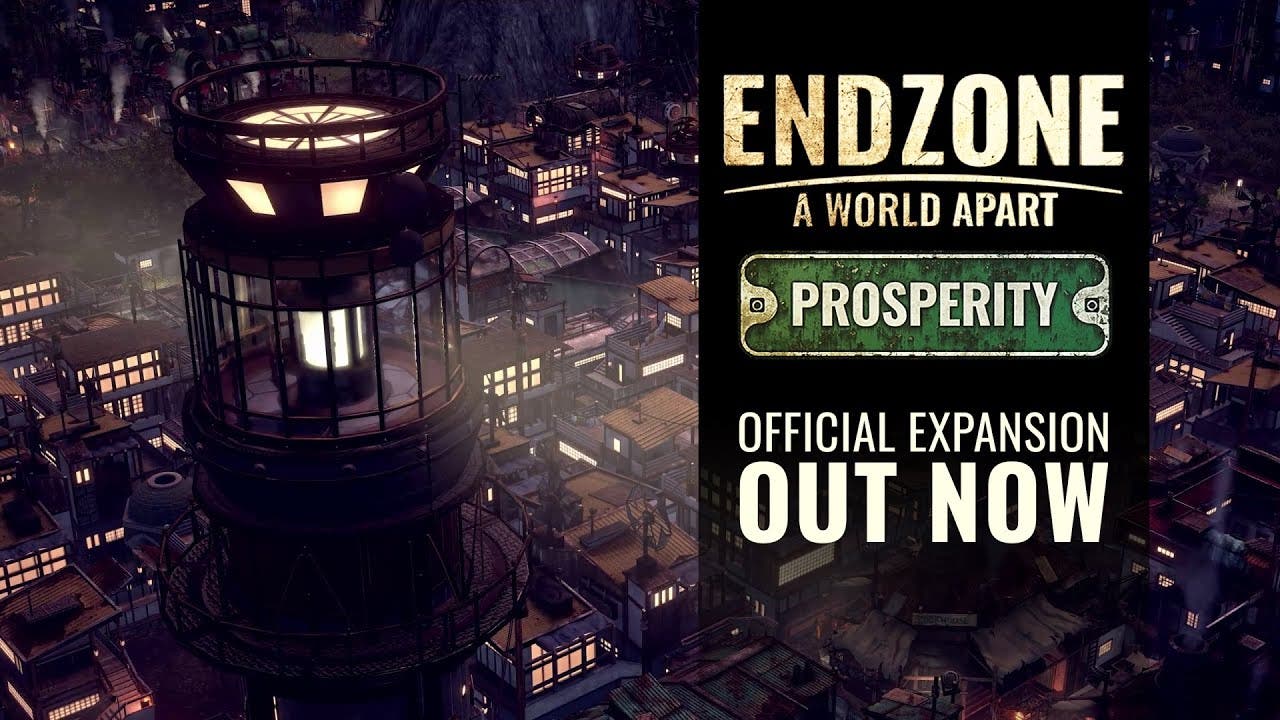 Wiesbaden, Germany (October 21, 2021) – Today, Publisher Assemble Entertainment and developer Gentlymad Studios announced the launch of Endzone – A World Apart: Prosperity, now available on Steam and GOG. The release is paired with a fresh trailer showcasing the expansion’s new features, as well as some of the luxuries in which the survivors can now partake. Prosperity isn’t just a title —  after carving out a home in this ruined world, surviving through toxic rain, sandstorms, and even attacks from their fellow man, settlers can finally enjoy some of the finer things in life…like soap!

With over 350,000 units sold on Steam and GOG and 4,000 positive Steam reviews, Assemble and Gentlymad Studios are proud to release this highly anticipated expansion. With new freedoms come new challenges, as players now not only have to tend to a resident’s needs but also their wants. The new generation isn’t simply content with surviving, they want to thrive. Adding to the game’s realism, this expansion will have players strategize in different and demanding ways, planning out community decisions with more than just survival in mind. Citizens will want their Town Center upgraded into a proper City Hall and ultimately, the residents will eventually request the construction of a long-lasting building as a shining example of all the progression and accomplishments: The Beacon.

With the Prosperity expansion bringing fresh luxuries like beer, cake, coffee, and soap, players might forget that the previous threats haven’t just disappeared. Along with the comfort items, the expansion also brings new resources like sand, concrete, metal, and cement for upgraded building construction. Utilize the new supplies to protect the community from the still present threats of toxic rain, violent sandstorms, savage raiders, and the ever-looming threat of radiation. Though, once the outpost has been fortified, they’ll be free to put up their feet with a nice cup of coffee — they’ve earned it.

Key Features of the Endzone – A World Apart Prosperity Expansion:

Assemble has partnered with the environmental activist organization One Tree Planted for Endzone’s Save the World Edition, which means for every copy sold, the company plants an actual, real-life tree. To date, more than 50,000 trees have been planted around the globe as a result of the partnership.

Endzone – A World Apart: Prosperity is available now on Steam and GOG for Windows PC for $9.99 USD with a limited-time 10% launch discount. The base game is available for $29.99 USD, and the “Save the World” edition is available for $39.99 USD. Learn more and join the 170,000 players currently enjoying Endzone by visiting the store page here.