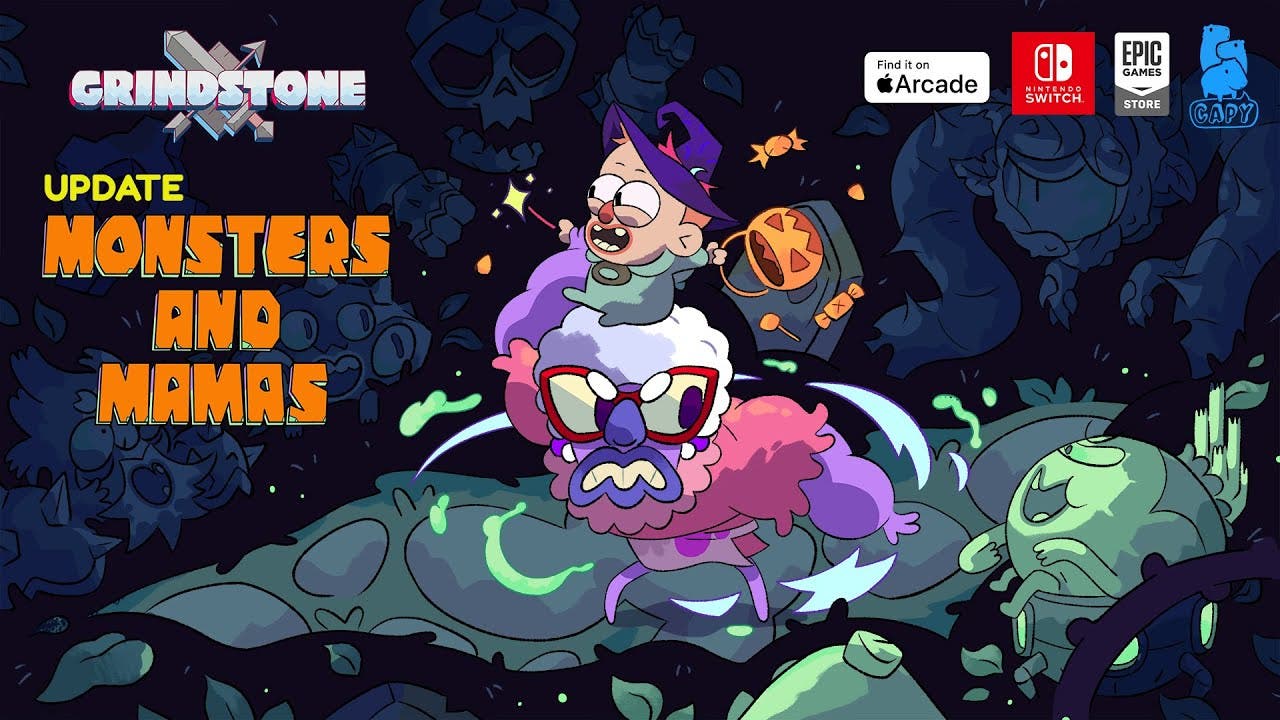 TORONTO, SEPTEMBER 17TH, 2021 – Capybara Games is back with another meaty update to their critically acclaimed puzzle-battler, Grindstone! The new Monsters and Mamas update, available today to all Grindstone players on Apple Arcade, Nintendo Switch and PC, will introduce the first-ever alternate playable character to the game, a challenging new Boss Blitz mode, new Daily Grind rewards, and a high-contrast accessibility feature.

Jorja has come to Hjellhole! A seasoned veteran of the golden age of stonegrinding, she’s in town to take some of the pressure off her beloved grandson, Jorj.  She’s able to equip any unlocked gear, and is every bit as tough as Jorj, allowing players to choose whichever character suits their personal style best, without making any gameplay sacrifices whatsoever.

Finally, the Monsters and Mamas update will also introduce rewards for players who complete their Daily Grind runs, a much requested feature from players, and the High Contrast Mode accessibility feature. The customizable High Contrast Mode highlights enemies based on your current chain color, as well as highlighting enemies in “aggro” state. Capy carefully designed this feature for players with color vision deficiency (CVD), but have found that this improves the game for many types of players, not just those for whom it was originally designed for. High Contrast mode can be found in the settings menu, and enabled at any time.