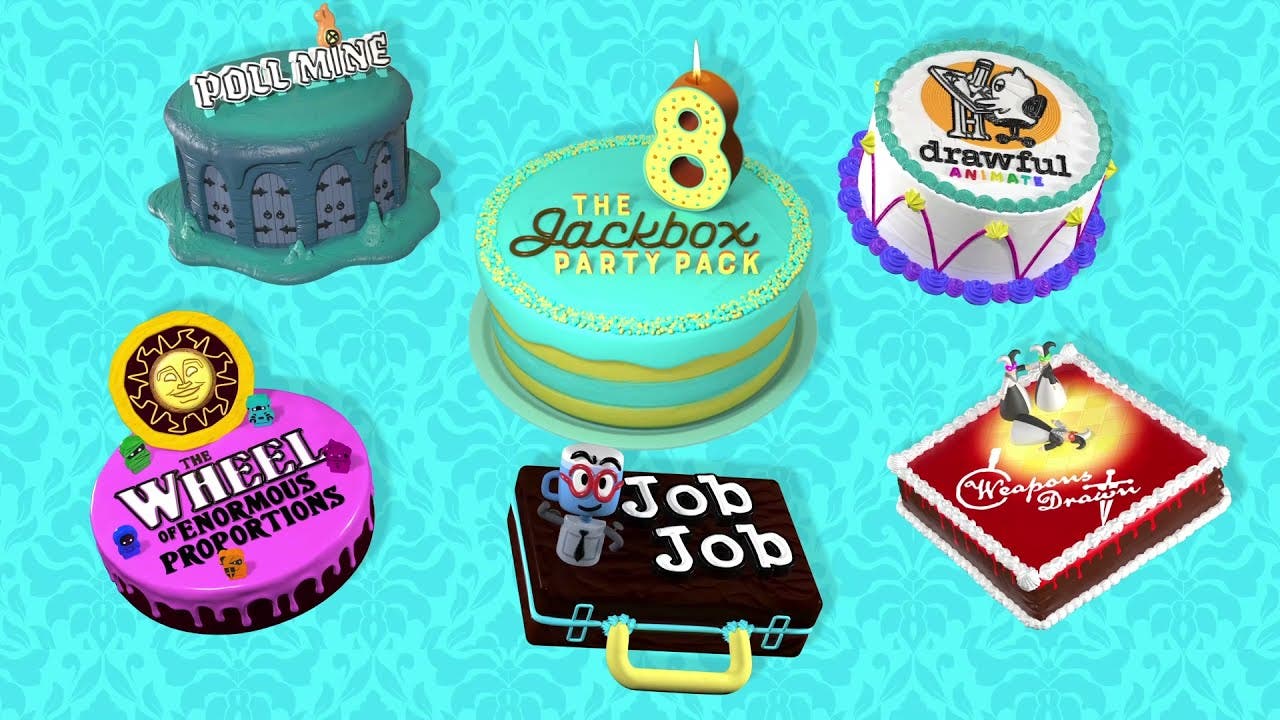 CHICAGO — Sept. 17, 2021 — Jackbox Games has announced that The Jackbox Party Pack 8, the latest fun-filled pack in the hit irreverent party game series, will come to PlayStation®5, Xbox Series X|S, PlayStation®4, Xbox One, Nintendo Switch, and PC on October 14, with other major digital platforms to follow in the future.

Games in The Jackbox Party Pack series support phones, tablets, and computers as controllers. Just go to Jackbox.tv on your device and enter the room code to play. Up to 10,000 additional audience members can join specific games to affect their final outcome.