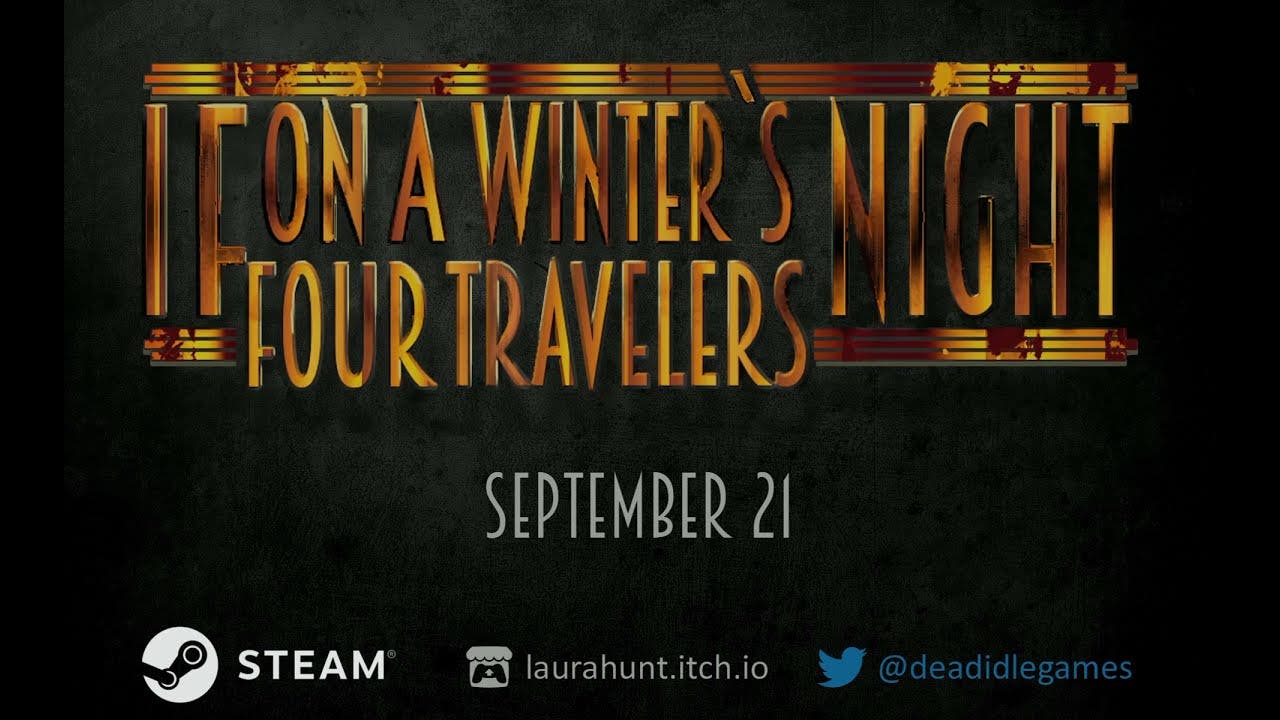 If On A Winter’s Night, Four Travelers is out today completely FREE on Steam

Gloomy, decadent, and occasionally blood-curdling, If On A Winter’s Night, Four Travelers takes players on a poignant journey into the past. During a masked ball aboard a luxury steam train, a group of party-goers gather to swap stories, each traveler’s tale a little stranger than the last. Original music and delicate pixel art bring to life what Eurogamer called a ‘sumptuously grim little mystery’, compelling enough to accrue over 45k downloads on itch.