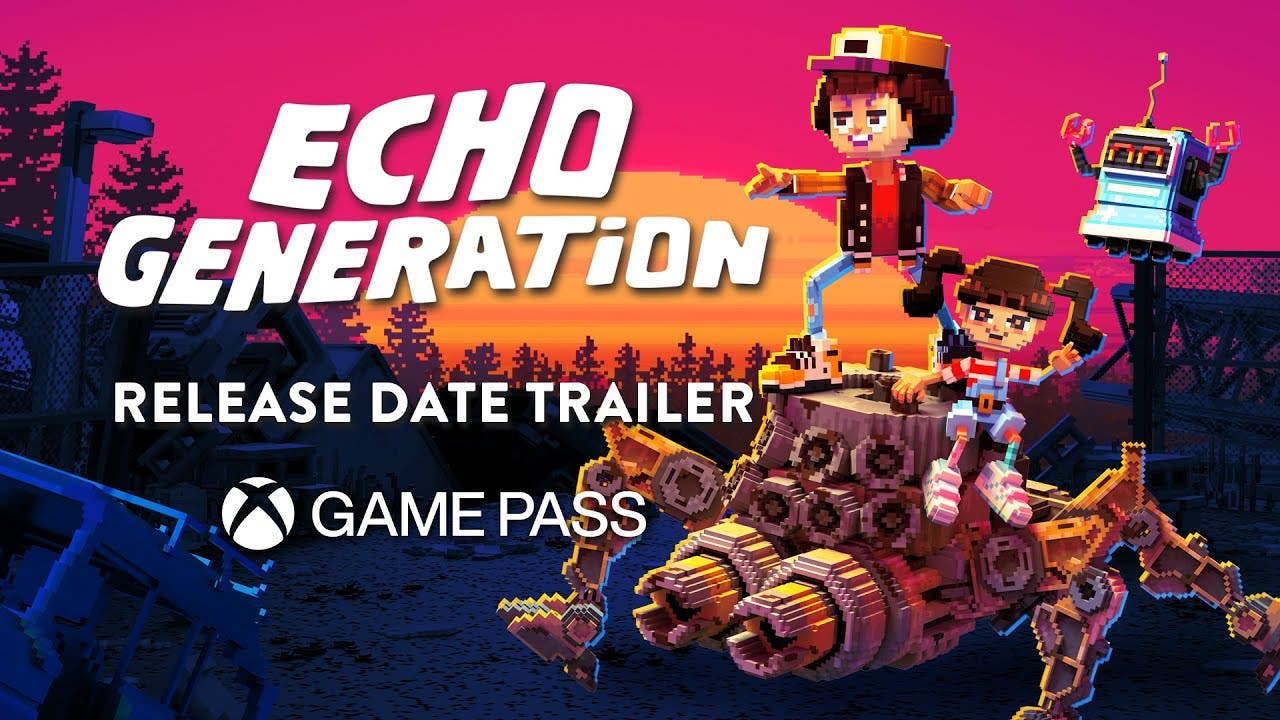 TORONTO – Sept. 29, 2021 – Echo Generation, the turn-based adventure game from Cococucumber revealed in the 2020 Xbox Games Showcase, hunts for creepy creatures when it arrives exclusively on Xbox Series X|S, Xbox One, and Windows PC on Thursday, Oct. 21. Echo Generation’s gang of kids will investigate supernatural occurrences to save their small town when the game releases with Xbox Game Pass and Game Pass for PC on launch day.

All is well in quiet Maple Town – school is out for summer, Rascal and Rosky are on TV, plus Dylan and his friends are finally ready to shoot their film, “Alien Skin Eaters.” That is until a mysterious object crashes into the nearby cornfields and bizarre occurrences pop-up all-over town. When no adults notice anything amiss, there is only one thing for the local kids to do – get to the bottom of it.

Armed with a trusty hockey stick and a backpack filled with snacks and comic books, Dylan, his little sister, and their charming pets embark on a summer full of adventures they will never forget.

Challenge the neighborhood trash pandas and eerie animatronics in turn-based battles to level-up party stats. Explore the local suburb, downtown VHS store or the train tracks to find clues and lost items to solve the many mysteries. Uncover the town’s secrets by talking to city residents and witty squirrels. Recruit adorable pet companions to face deadly creatures like mutant rat wolves and junkyard monsters. Above all, learn the true meaning of home by revealing a conspiracy that connects Dylan with the strange and supernatural, in a tale that transcends time.

Echo Generation pulls at the heartstrings of nostalgia and recreates memories of unforgettable summers inspired by classic coming-of-age films and horror novels from the 80s and 90s. Synthwave tunes help craft an uncannily atmospheric, playfully creepy, and vibrant voxel-based world, brought to life in stunning 4K resolution and 60 fps on Xbox Series X.

“Creating an exciting adventure that captivates a new generation while also paying homage to our own was very important to the team,” said Martin Gauvreau, Game Director of Echo Generation. “There is a universality in the story of growing up and by adding our twist on old-school, turn-based combat into the mix, we cannot wait for everyone to dive into the world of Echo Generation.”

Echo Generation releases on Thursday, October 21, on Xbox Series X|S, Xbox One, and Windows PC with Xbox Game Pass and Game Pass for PC, or priced separately at $24.99. It supports the English language, with more languages to come post-launch.