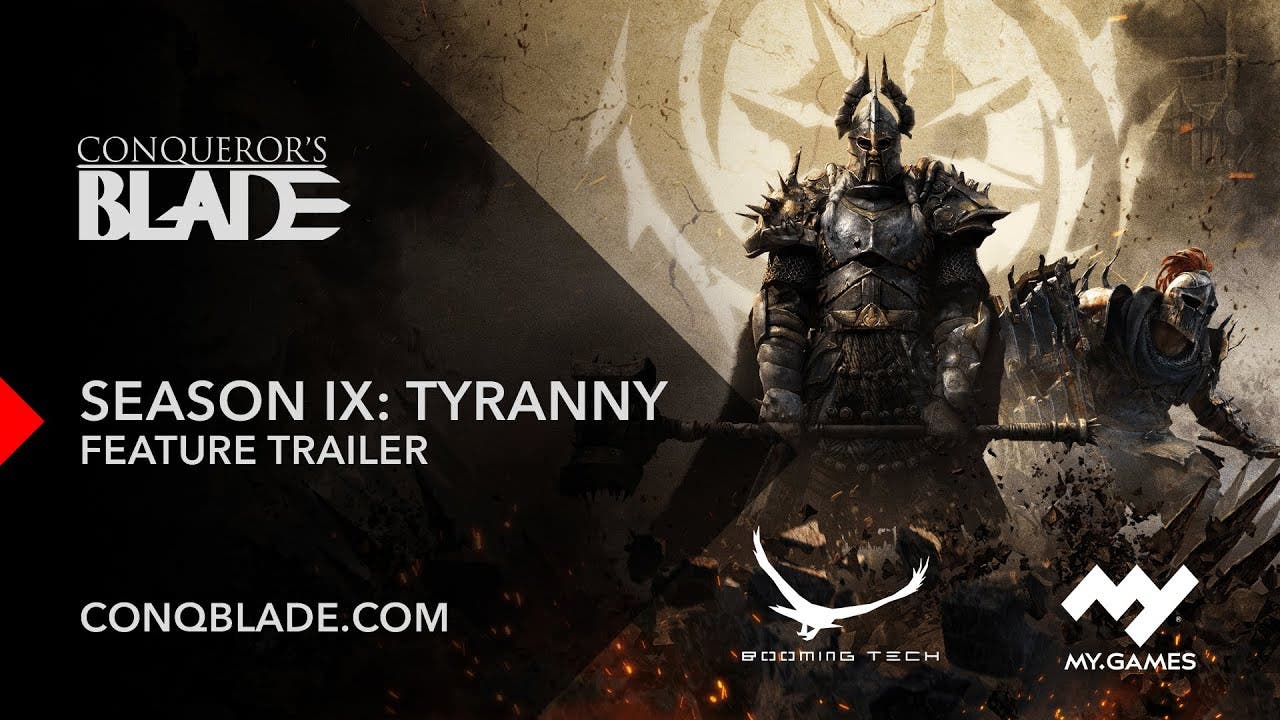 Amsterdam, Oct. 7, 2021 – MY.GAMES and developer Booming Games recently launched the ninth Season of their medieval tactical action MMO Conqueror’s Blade, and are proud to share a new feature trailer demonstrating all the new features players can explore. Season IX: Tyranny brings a new threat from a tyrant and his armies, a contingency of rebels to recruit, exciting new PvP improvements, and other unique content.

After the opulence and rich civilization explored in the previous Chinese-themed season, Tyranny’s Seasonal Campaign focuses on what happens when empires crumble and civilization falls. In the far reaches of the Borderlands, a powerful tyrant is rumoured to be amassing power in the leaderless vacuum left by previous wars. Claiming unlawful lordship over this wasteland, he now rules with an iron fist, and players of Conqueror’s Blade must rise in rebellion to liberate the Borderlands and stop the world from falling into tyranny.

To rally against evil, players can unlock three new types of units: Shenji Grenadiers (5-Star), Axe Raiders (4-Star) and Outriders (3-Star). Shenji Grenadiers wield high-precision firearms, and their bomb-throwing skills cause blast injuries to any foes in their wake. Axe Raiders use their woodcutting tools as even deadlier throwing weapons, capable of piercing armour and impeccable self-defence. Riding along the flanks, Outriders are a hardy cavalry troop who use explosive throwing spears to devastate opponents’ formations.

With the launch of the new Season, one of the game’s most important endgame features, Territory Wars (active every Tuesday and Saturday), has been improved. In addition to changed behaviour from NPC-controlled Houses, player Houses’ growth can now be more easily tracked via the revamped Prestige system, with high Prestige Houses gaining the authority to command their forces in battle. Prestige can rise and fall depending on the actions of House members, so players should be on their guard.

Season IX additionally features a myriad of quality of life improvements, a new Battle Pass to claim premium rewards like the Tyrant Commander’s Attire from, new Runes to augment player loadouts with, and a host of quests and daily rewards available until October 14 to celebrate the Season’s launch.