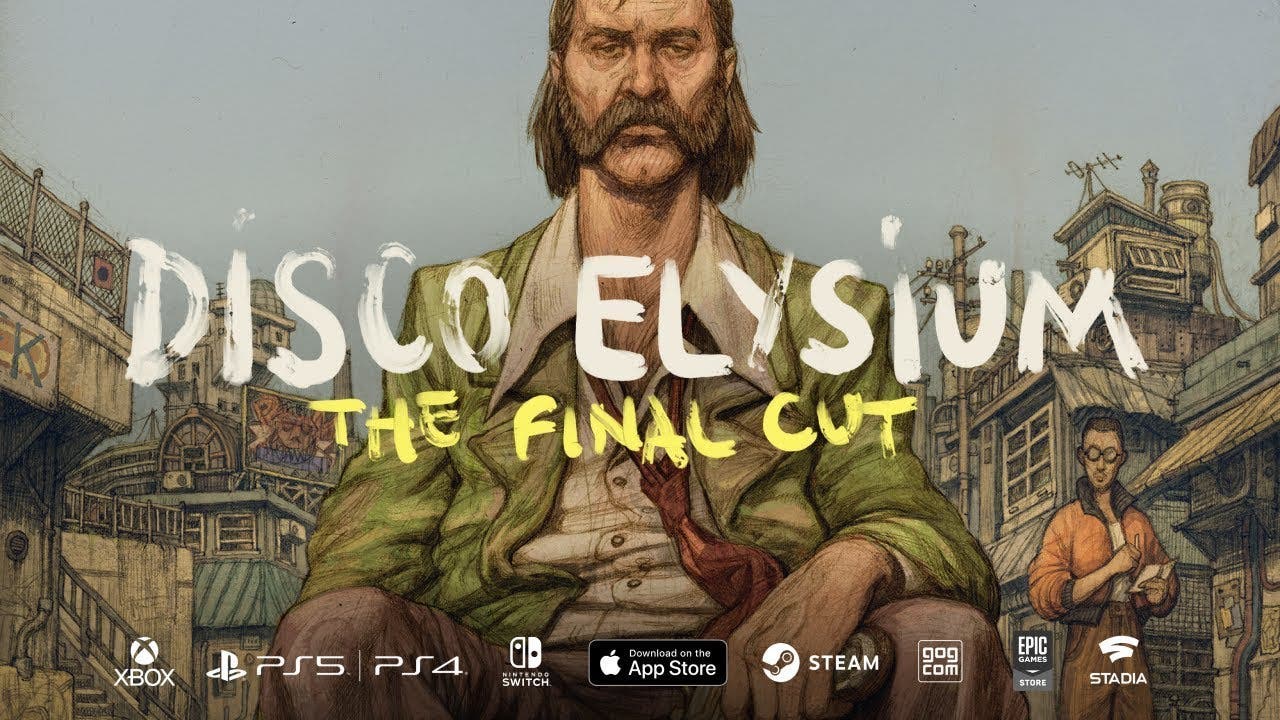 Disco Elysium – The Final Cut is now available on all major platforms, and is celebrating its Two Year Anniversary since launch

Celebrating the two year anniversary since its original release (October 15, 2019), Disco Elysium is now available on all major gaming platforms, with Nintendo Switch and Xbox joining PlayStation, PC, Mac, iOS and Google Stadia. Today’s release is not a port but a painstaking re-assembly of the critically acclaimed game, including a redesigned user interface experience, font scaling options, improved legibility across the board and all quality-of-life enhancements from previous iterations.

The definitive edition of the multi award-winning smash hit RPG, The Final Cut is available to purchase digitally for Nintendo Switch via Nintendo eShop and for Xbox via Microsoft Store for £34.99 UK / $39.99 USD / €39.99 EUR. Also on Steam, from October 11 – 10:00 a.m. (PT), The Final Cut is available with a 45% discount for a week-long sale. For further information:

Disco Elysium – The Final Cut is the definitive edition of the ground-breaking, multi award-winning open world role playing game with an insane amount of choice and consequence. You’re a detective with a unique skill system at your disposal and a whole city block to carve your path across. Interrogate unforgettable characters, crack murder cases, or take bribes. Become the hero, prophet, madman, the greatest detective the world has ever seen… or an absolute disaster of a human being.

The Final Cut brings the residents of Revachol to vibrant life with the inclusion of one million professionally voice acted words by actors from all over the world, as well as adding brand new political vision quests. Explore unseen areas, encounter an expanded cast of memorable citizens, and leave an even bigger mark on the world, all with ‘quality of life’ gameplay enhancements and added replayability.

In addition to the release of Disco Elysium – The Final Cut on Nintendo Switch and Xbox platforms, the game is also available to play right now on PC, PlayStation and Mac platforms, from:

Physical Editions
ZA/UM, iam8bit, along with distribution partner Skybound Games will release PlayStation 4 and Xbox One retail physical editions of Disco Elysium – The Final Cut at retailers around the globe on November 9, with PlayStation 5 to be available via an iambit Exclusive Edition. Both the PlayStation and Xbox editions are available for pre-order for $39.99 at https://discoelysium.iam8bit.com/ and the PlayStation 5 edition via https://www.iam8bit.com/products/disco-elysium-the-final-cut-playstation-5.