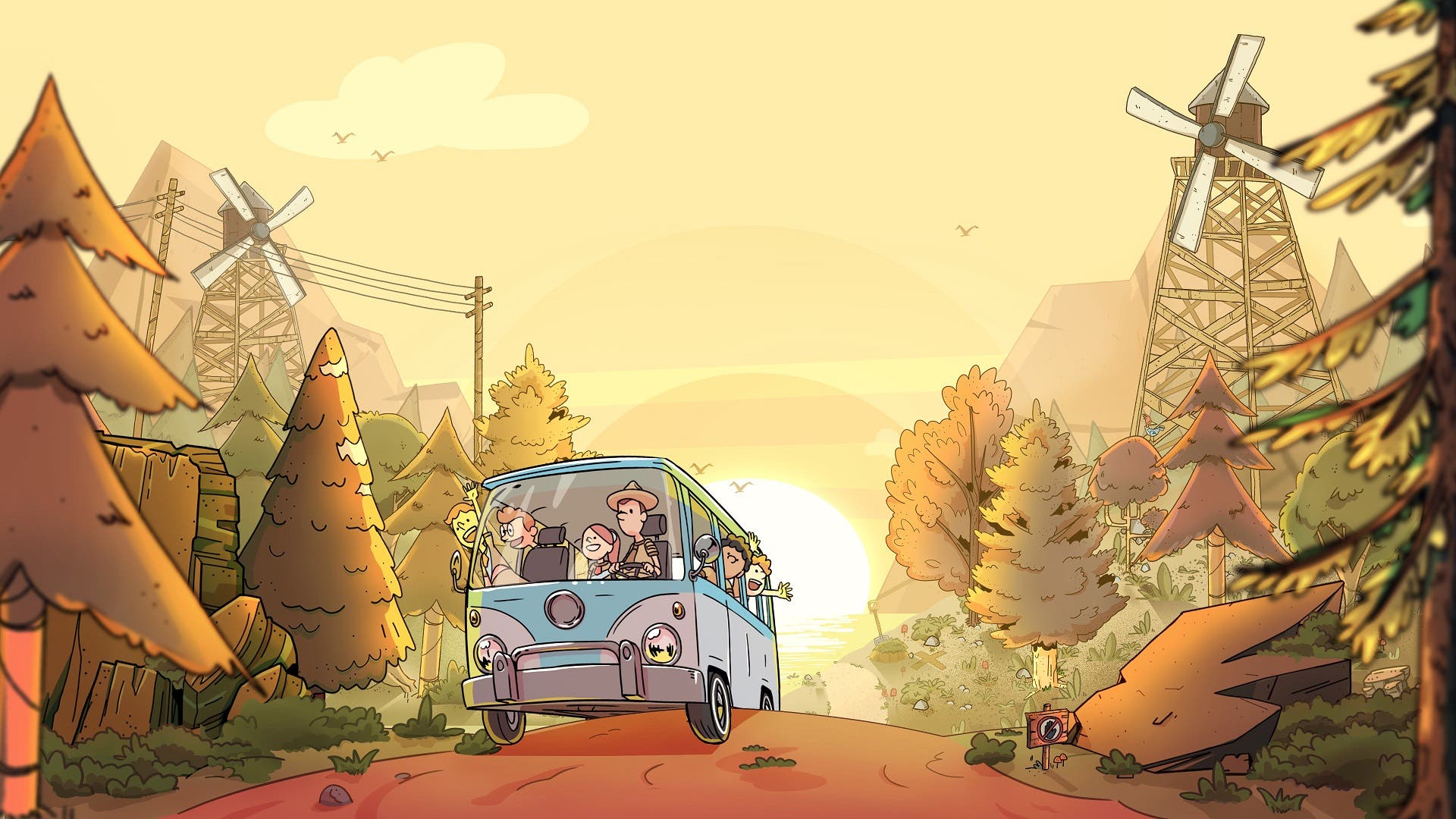 My first exposure to hidden objects was with the “Where’s Waldo?” books. I rented them from the library, but some jerk always circled him in pen. I then got my own books so that they would be clean. The satisfaction in finding Waldo was huge, whether it was my first or thirtieth time doing so. The motif has transitioned into video games naturally. Wind Peaks from Actoon Studio mixes hidden object with light puzzle solving, it’s an awesome blend. I loved scouring the massive levels looking for each object, and trying to find all of its secrets. Wind Peaks is an obligatory pleasure of discovery and wonder. As it goes, a small group of scouts come across a treasure map, which takes them onto an adventure (and misadventure) to the titular Wind Peaks. The first thing you’ll notice is how the game strikes a resemblance to Disney’s “Gravity Falls” and Netflix’s “Hilda”, the Brazilian developers even say they were the inspiration. On the whole, the artwork is warm, inviting, and incredibly detailed to look at. The gameplay is so complimentary to the visuals, as you’ll want to scour every pixel of it to appreciate what’s presented to you at any given time.

This is a very casual game, something I find to be a palate cleanser. There’s no scoring, no timers, and no tracking of how many clicks you’ve made. It’s a focused and relaxed game. There’s just ten levels of searching, and five cutscenes that carry the events of the story to each new location. To see it start to finish, only took about two hours. But as they say: “it’s about the journey, not the destination”. The number of items you’re tasked to find increase over time, and so does the complexity of the scenes they’re in. There’s always some form of puzzle to solve to finish the level. Sometimes its luring a monkey out of a tree with a banana, others it is opening a window to find an item. One level took place entirely at night, and was dimly lit by the moon, enough to make out most things. It contained one special item to find, a flashlight. Once I had it, I turned it on to shine a vision cone to find items easier. There’s a huge surface area to search in. The first couple of maps aren’t bigger than the full screen, but it won’t be long before you’re scrolling multiple screens. You’ll pan, scan, and even zoom to find these cleverly hidden objects.

Wind Peaks has its fair share of false objects. Items disguised as what you’re looking for, but are worn out boots instead of a pristine boots. Every level has subtle animations from trees to animals, and everything in-between. These animations give away locations of objects, but some animations are there just to trick you. Buildings and vehicles are examples that have interactable windows and doors, hiding at least one item to find. There’s also lots of secrets like collecting bottles and throwing them into the recycling can or assembling totems. It’s things like this that make the game feel like an interactive “Where’s Waldo?” I never knew I wanted since being a kid. 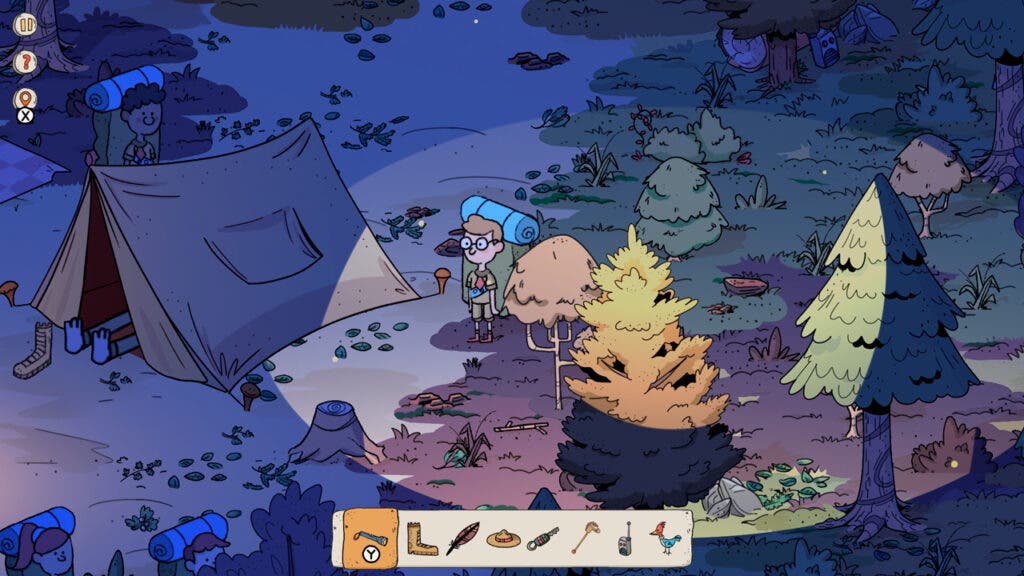 If for some reason you cannot find the last object or two, you can ask the game to give you a hint. In a clever twist, a timer appears and in about three minutes, it’ll direct you towards the general location of where the object is. All too often, once I invoked the hint feature, I found the object I was looking for within that time limit. I think the game forces you to be more acutely aware during this timer, and allows you to hone in and find that pesky item. Whether intentional or not, it kept me feeling even more rewarded for my efforts.

The soundtrack is pleasant to listen to. A mix of music and ambient sounds, Wind Peaks never ceases to keep you at ease. There’s no frustration or tension throughout its hand-drawn and gorgeous levels from a gameplay or audio-visual point of view. In addition to Steam and Switch releases, Wind Peaks is able to flourish and reach more people on PlayStation and Xbox now. Actoon Studio has a bonafide hit here. I look forward to what they come up with next. It reminds me of staying up late trying to finish my “Where’s Waldo?” books until I found every secret it had contain within. The marriage of hidden object and puzzle concepts are confident and strong in Wind Peaks.