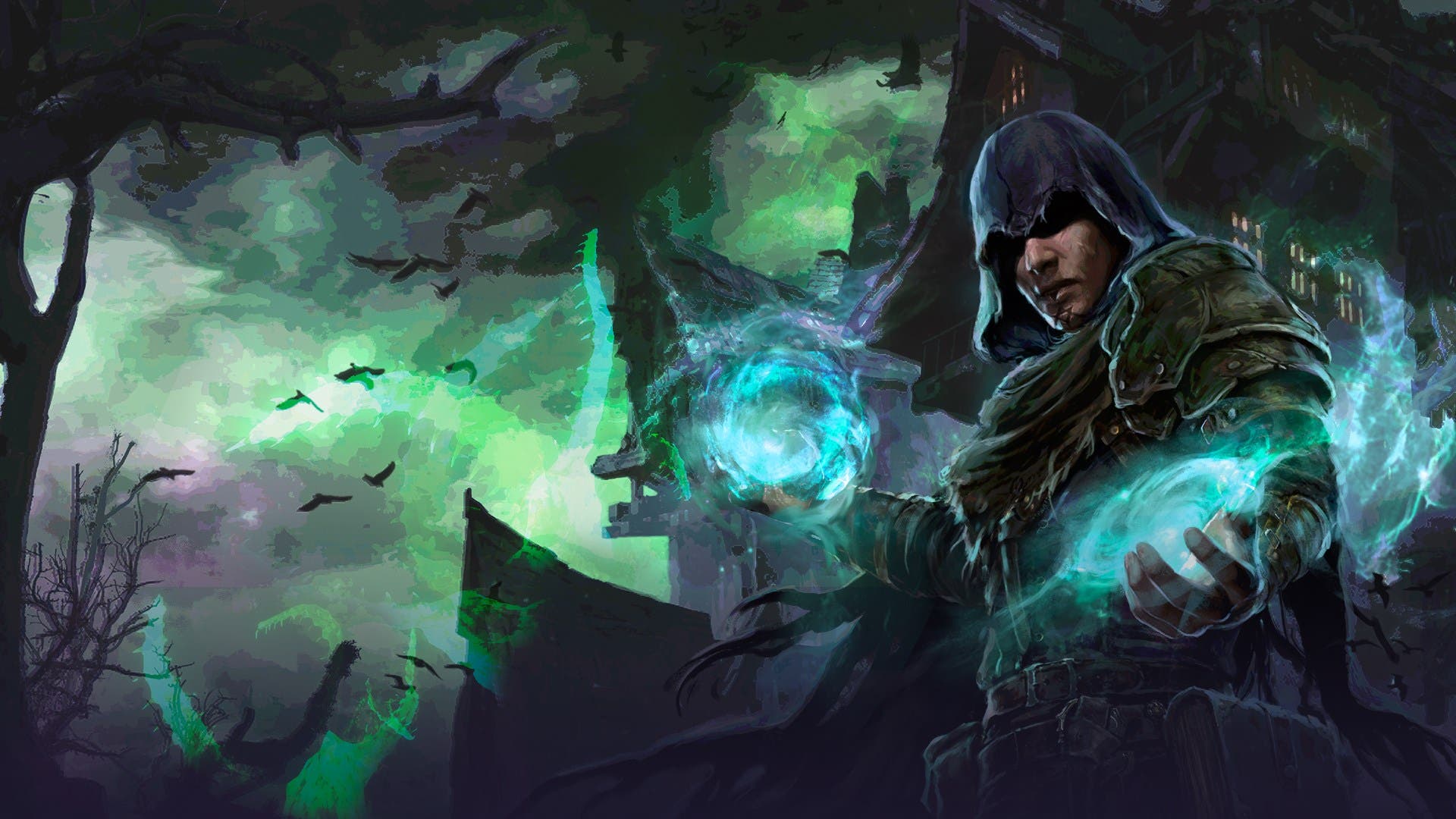 Into The Pit Review

The recent trend of crunchy-looking, 90s FPS inspired games has produced a few hits and misses, owing largely to the fact that you can’t simply slap a coat of extra pixelated paint on a game and expect it to rocket up the sales charts. Playing on nostalgia is an effective marketing strategy, but delivering a game that’s well built, fun to play, and therefore worthy of your time is an important requirement for making sure your nostalgia piece lands. Into the Pit is a curious case because it brings a lot of great elements to concoct its formula, and on paper it should have everything going for it, but when everything comes together it lacks some of the depth and variety it needs for the package to realize its potential. Into the Pit is a first-person shooter roguelike that looks like it stepped straight out of the mid 1990s, and it would be right at home on a shelf next to Quake or Hexen, with a fairly heavy layer of neon glow and loads of effects applied for good measure, and the result is a visual feast that is reminiscent of shooters of yore but is clearly several steps beyond what its inspirations could have achieved. It’s absolutely mesmerizing to look at, and it makes an incredibly strong first impression. You begin the game in a seemingly empty Victorian-era village, and you quickly learn that nearly all of the town’s inhabitants have been tricked into entering the titular pit by the mysterious and probably nefarious Alderman. The few townsfolk who are left remain safely locked behind their doors, promising their services to aid you if you are wizard enough to enter the pit and set things right.

So, off you go, descending into a literal hellscape of cold stone, green flame, and all kinds of nasty demons who want nothing more than to rip, sear, or otherwise melt your flesh right off of your body before consuming you and your soul at the behest of the Alderman. Little do they know you’ve got magic up your sleeve, and you can hold one type of spell in each hand, allowing you to engage in combat more or less as you see fit (depending on which spells you discover on each run). The spells are largely analogs to typical shooter weapons, so you’ve got your fast shooting multi-projectiles, your close-range spread shot spells, a long range beam perfect for sniping from a distance, etc., but the way each of these spells is set up as a type of elemental magic works well and fits cleanly with the world. You clear chambers by killing all of the baddies and destroying all of the keystones within, simple as that. Shoot, dodge, run, jump, shoot some more, and you’re done. After making your way through a chamber, you return to a crossroads where you can choose which chamber you want to take on next, and you’ll get to pick one of two buffs to augment (or replace) your existing arsenal with. This gives you the opportunity to swap spells, add regenerative effects, or increase the potency of your spells with extra damage, debuffs, damage over time effects, etc, so that you are constantly increasing your power and therefore your ability to clear faster and more efficiently.

Clearing a room closes it and its companion room with the alternate choice off permanently, and once you’ve cleared every room, you can choose to descend to the next level to gather more resources, or return to the village to spend the resources you have on upgrades. Eventually once you make your way through enough levels, you’ll encounter a boss and progress the story, or you’ll get yourself killed and be tossed back to the village. The more runs you make and the further you progress, the more shops open up for you to interact with, and from there you’re off on your way to descend far enough into the pit to take down the Alderman himself. Moment to moment shooting in the game is fun and feels a whole lot like playing a dark magic version of Quake, and the thumping synth and bass heavy soundtrack feels perfect for this style of running and “gunning.” It’s very easy, especially in the early hours, to get into a nice state of flow with the chambers and the gameplay loop, and there is a great deal of promise contained within the setup. Unfortunately, as you go deeper, there simply isn’t as much variety in the level design as I would have liked to have seen. Additionally, I would have expected the challenge to ramp up commensurately with my own strength going, but I didn’t find the game to ever be all that hard. Between the repetitive nature of the levels and the lack of increasing challenge, things start to feel pretty samey after a while.

Now, it’s easy for me to sit here and come up with ways to add more difficulty (larger increases in both the number of enemies and their strength and attack varieties in chambers come to mind pretty immediately), but I recognize that it’s hard to balance a roguelike out so that it’s tough but still rewarding and enjoyable. I get the sense that Nullpointer Games perhaps wasn’t interested in making a hard game so much as making a roguelike version of a 90s FPS, which is all well and good except that those mechanics (especially by today’s standards) are unfairly balanced in favor of the player. I’m not saying you can’t or won’t die, either, but the threat of death isn’t persistent or worrisome enough to ever cause you to break a sweat. What we’re left with in Into The Pit is a really great set of ingredients. The art direction and visuals are excellent, the music is perfect, and the core mechanics are really well designed. It is absolutely fun to play, no question about it. However, due to a lack of variety and challenge, the magic quickly fades, and I found myself wondering what this game could have been rather than being able to fully enjoy what’s on offer. In many ways it feels like not-quite-final draft that needs more fleshing out, and ironically what Into The Pit needs most is more depth. It’s a great set of ideas on paper, it’s a good romp for a few hours at least, and I like a lot of what’s going on with it, but Into The Pit leaves just a little bit too much on the table for me to feel completely satisfied.