Overhauled exploration and travel comes tomorrow for Unexplored 2: The Wayfarer’s Legacy in Update #5: Navigating the Wild 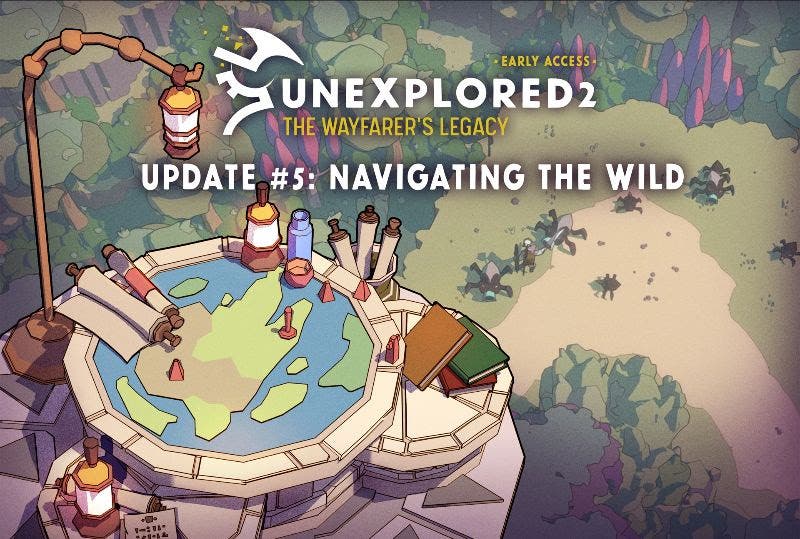 23 December, 2021 – Amsterdam based developer Ludomotion today announces the release of the 5th major update for its Early Access roguelite RPG, Unexplored 2: The Wayfarer’s Legacy. And it’s a particular impactful one, overhauling two of the core gameplay elements of the game: exploration and travel.

The update will be released for Early Access players on Epic Games Store tomorrow, 24 December.

One of the main attractions of the ambitious, fully generative Unexplored 2 is traveling its procedural worlds and exploring its secrets. Players typically spend a lot of time on the world map, strategizing over where to go and how to get there – in one piece.

To make travelling the world a more pleasant, cohesive and transparent experience, the team behind the game revamped the world map and other travel mechanics. In the words of Game Director, Joris Dormans:

“There are many systems at play simultaneously and there is much information for the player to parse. We decided we needed a better way of communicating all this. That’s where the new map features come into play. They inform the player much, much better, allowing them to explore and interact with the game at a more strategic level. You finally know what’s going on and what it is you’re doing!”

Another aspect is the living world and what happens between the different clans and imperials. Dormans: “The world reacts to the player and the new map system better reflects that. Especially in between runs, when the world progresses for a few years without a new Wayfarer, without the player. A time lapse shows the player the consequences of their actions, but also the ongoing battles between clans and the advances the Empire achieves on the world stage.”

Camping & community feedback
Another very impactful overhaul is that of the camping menu. Again, the developer has streamlined this experience a lot, making it more helpful for the player. Dormans:

“We also upgraded the graphics of the camping site quite a lot, including newly designed icons, which is also the case for the world map. Camping is such an important part of your journey through your world and I’m glad we managed it to make it more immersive and fun to interact with. Many changes in the new camping menu are directly inspired by feedback from our community on discord. We’re really glad we could incorporate many of their suggestions to make the whole experience as smooth and consistent as possible.” 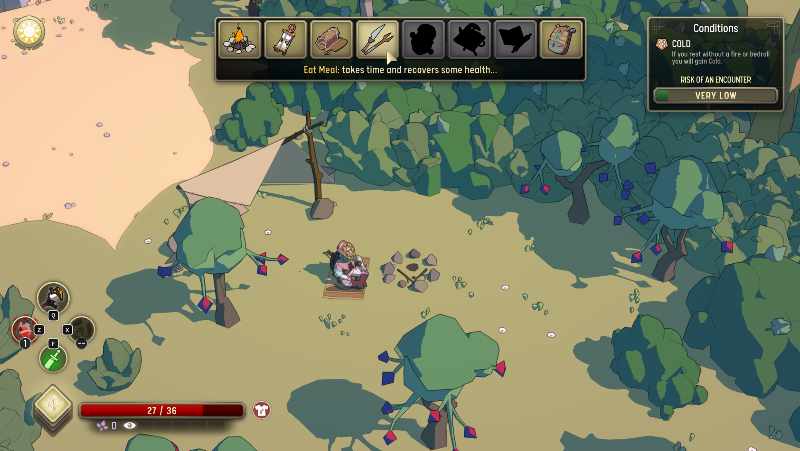 One quest. Unlimited adventure. Unexplored 2: The Wayfarer’s Legacy is a challenging roguelite RPG with a table-top feel, procedural node-based open world, and a cool twist on permadeath. Leave the Dungeon of Doom behind and venture into a vast, wondrous world as you embark on a heroic quest to destroy the mysterious Staff of Yendor.

Unexplored 2: The Wayfarer’s Legacy is available now as an Early Access title on the Epic Games Store. Xbox versions are also confirmed, and will launch in 2022.