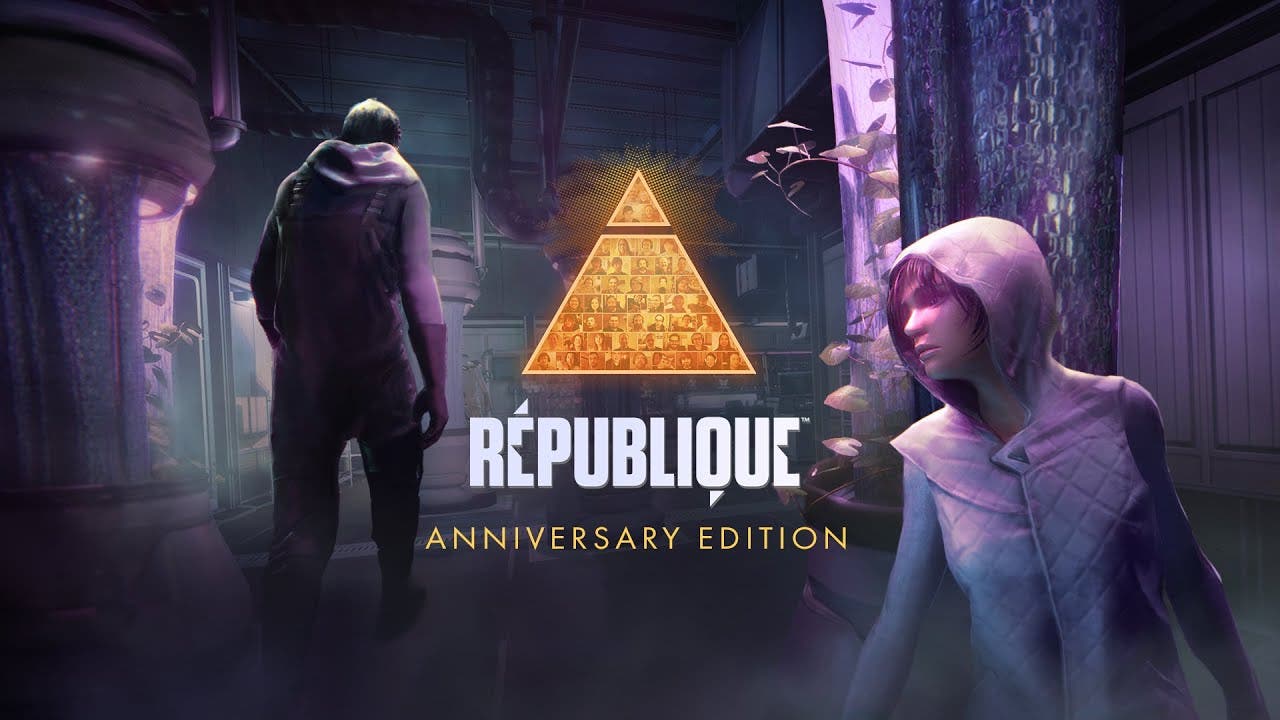 République: Anniversary Edition is an updated version of the stealth thriller for PlayStation 4, PlayStation VR, and Switch

BELLEVUE, MARCH 1st, 2022 – Camouflaj announced today that République: Anniversary Edition will launch on Nintendo Switch, PlayStation 4, and PlayStation VR, on March 10th. Camouflaj also announced that they are expanding their development efforts and opening a new expansion of its company, Camouflaj Holdings, in Japan.

République: Anniversary Edition will release for $14.99 USD on Nintendo Switch and PlayStation 4, the separate PlayStation VR edition will also retail for $14.99 USD and a bundle of the standard and VR versions of the game can be purchased on the PlayStation Store for $19.99 USD. Pre-orders on Nintendo Switch are available today with a 30% off discount.
The day-to-day operations of Camouflaj Holdings are led by industry veteran and producer of Devil May Cry 5, Matt Walker. Also joining Camouflaj’s Japan expansion is writing and localization legend, Alexander O. Smith, whose credits go back to the original PlayStation including Final Fantasy VIII, the Ace Attorney series and Ori and the Will of the Wisps.

“We’re thrilled to be starting a new chapter in Camouflaj’s history with the opening of Camouflaj Holdings here in Japan. Our second base here will strengthen our capability to build high quality, meaningful games on a global scale,” said Walker. “République: Anniversary Edition arrival on Switch, PlayStation 4, and PS VR are a celebration of the studio’s first decade. I can’t wait for players to discover what we mean when we say we build ‘meaningful games’ by experiencing République’s story, which I believe are even more relevant today than they were when Episode 1 first released back in 2013.”

République is a thrilling and topical stealth-adventure game that explores the perils of government surveillance in the Internet Age. Players receive a call from Hope, a woman trapped inside a mysterious totalitarian state, and must hack into the nation’s elaborate surveillance network to guide her to freedom.

Founded in 2011 by Ryan Payton (Metal Gear Solid 4, Halo 4), Camouflaj is comprised of seventy developers who are committed to creating high quality, meaningful games for a broad audience. They are best known for their narrative driven stealth game République and République VR, and the award-winning PlayStation VR game, Marvel’s Iron Man VR.