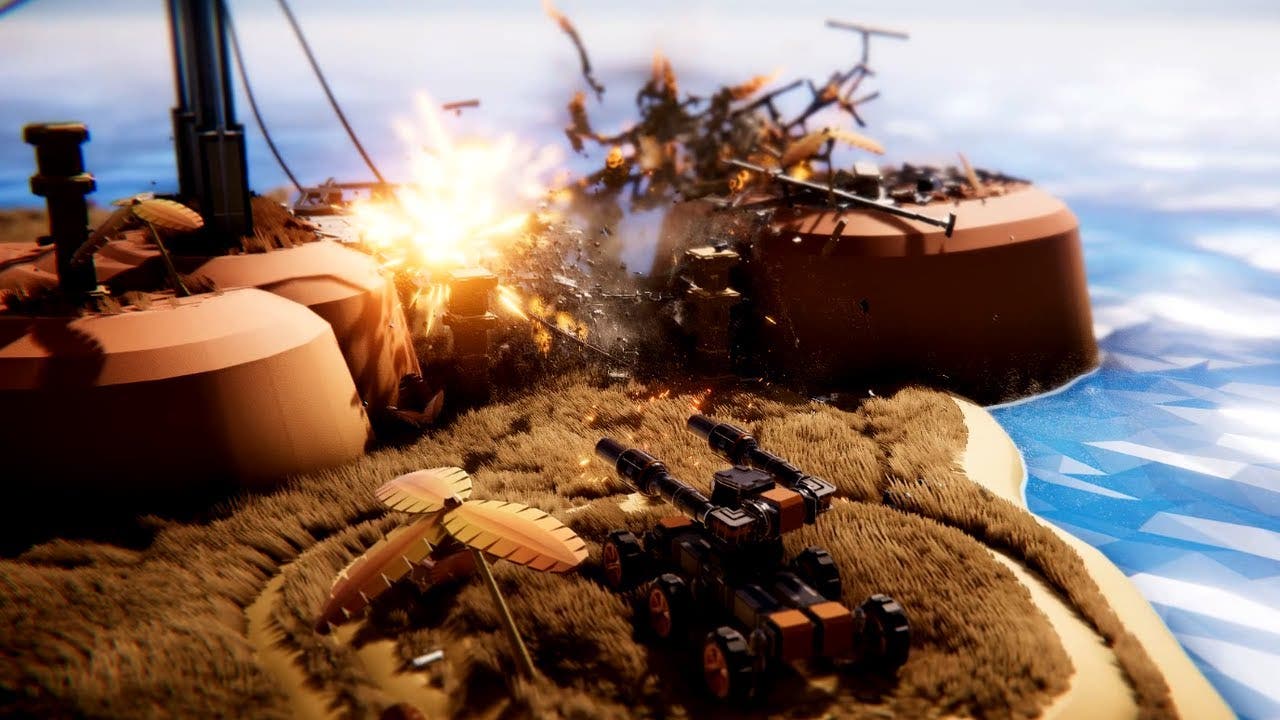 Illinois, United States, March 2, 2022 – Radiangames has released its newest game, Instruments of Destruction, exclusively on Steam as an Early Access title. It is a vehicle-building sandbox featuring advanced physics-based destruction. It arrives on Steam for a price of $19.99 and will remain in Early Access until late 2023 or beyond. 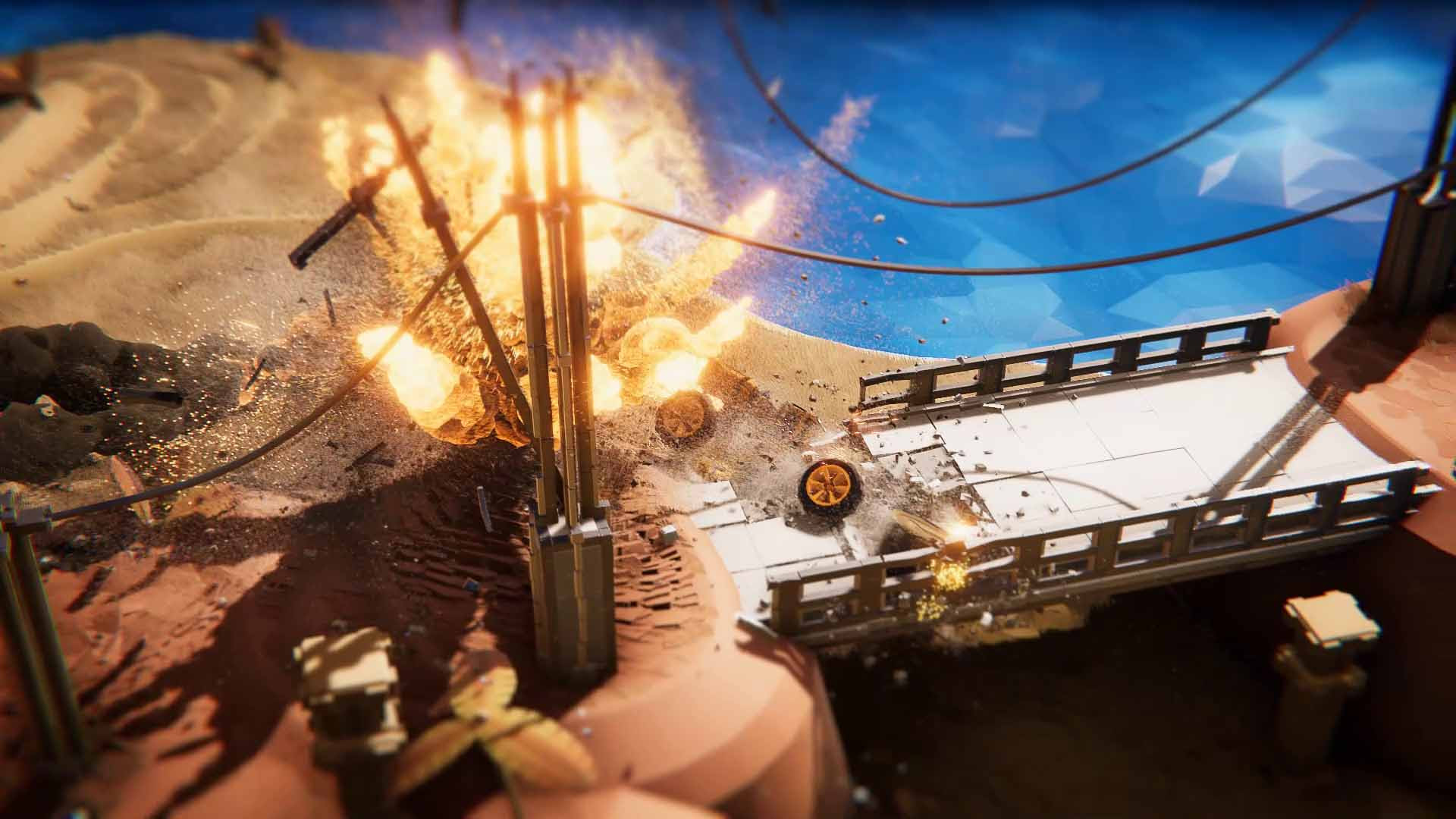 “I’m proud of the current version of the game, that said, it has more potential for expansion and more new content,” said Luke Schneider, solo developer of Radiangames.  “The game has already benefited greatly from a public demo and increased exposure on YouTube. The response to the game has been overwhelming and I’m just as excited to keep working on the game as players are to get their hands on it.” Thanks to a heavy focus on physics and interactivity, along with a recent switch to using GPU-accelerated particles and other systems, Instruments of Destruction stands out in the vehicle building genre.  Not only does it feature advanced real-time destruction, but it also lets players use rarely-seen physics objects such as fully-simulated ropes and chains to build whatever vehicles or mechanisms the players’ can imagine.

With a library of nearly 100 parts already available and many more on the way (as well as vehicles that are almost completely invincible), the intuitive vehicle building system is easy to use while still providing plenty of depth and options for advanced users.  But for those who just want to get into the game and start demolishing stuff, the game ships with over 50 pre-built vehicles, 30 of which are custom-designed for specific campaign missions (10 islands with 3 modes each). 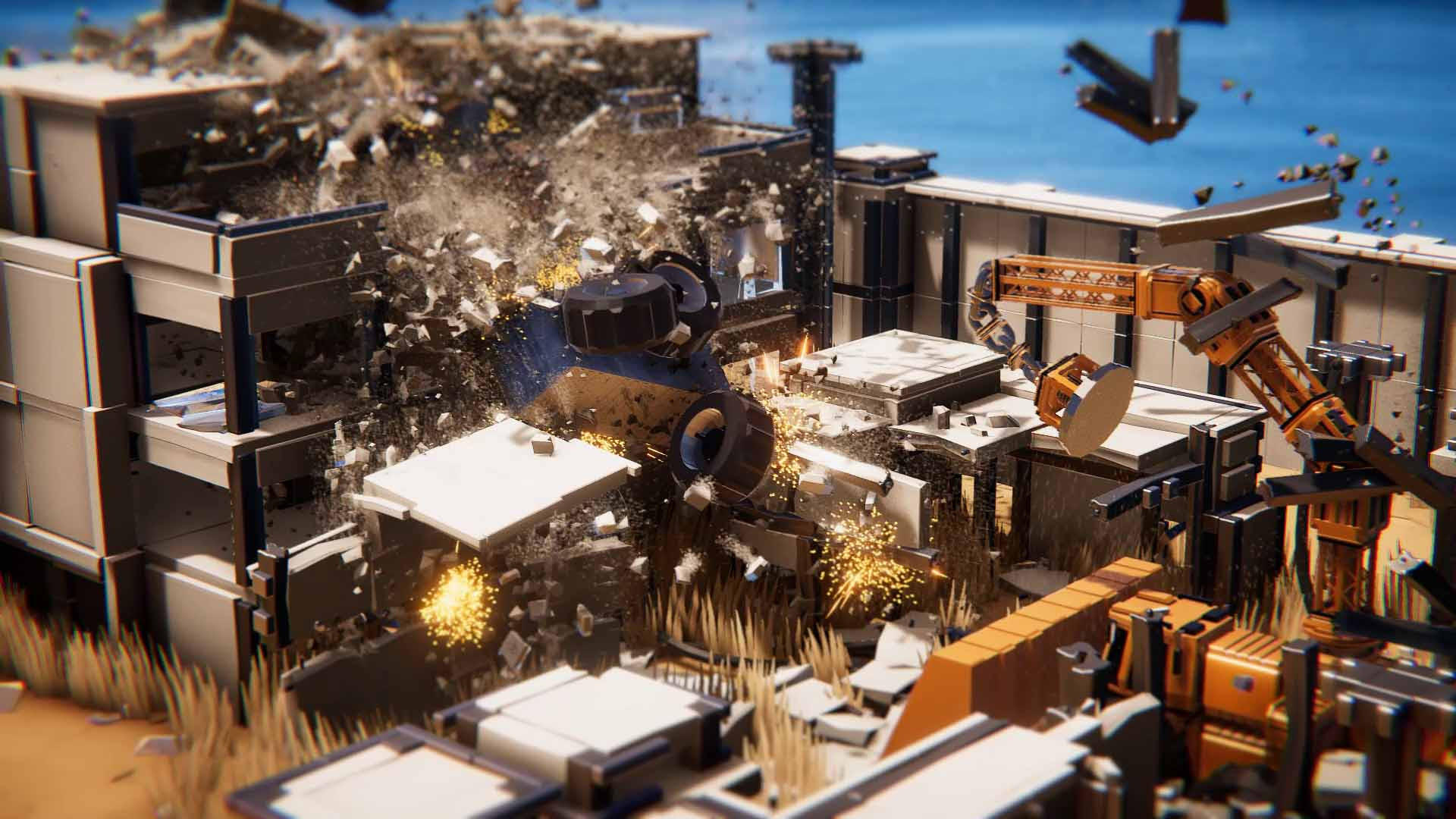 Radiangames is also thrilled to once again be featuring an original soundtrack composed by Auvic. The brilliant musician was also responsible for the retro-modern soundtrack for the developer’s previous Apple Arcade title, Speed Demons.

Instruments of Destruction will eventually come to other PC stores such as GOG.com and the Epic Game Store, while console editions are not currently expected until version 1.0 arrives in 2023 or beyond.

Radiangames was formed in 2010 by Luke Schneider shortly after wrapping up work on Red Faction Guerrilla’s DLC. Radiangames has developed about 20 titles for various platforms from Xbox Live Indie Games to iOS devices to console games, including Super Crossfighter, Inferno 1 + 2, Slydris 1 + 2, Bombcats, Powerpuff Girls: Defenders of Townsville, and most recently Speed Demons. Radiangames is also partnering with 2Awesome Games to bring Devastator, an intense arcade twin-stick shooter, to Steam and consoles later this spring.