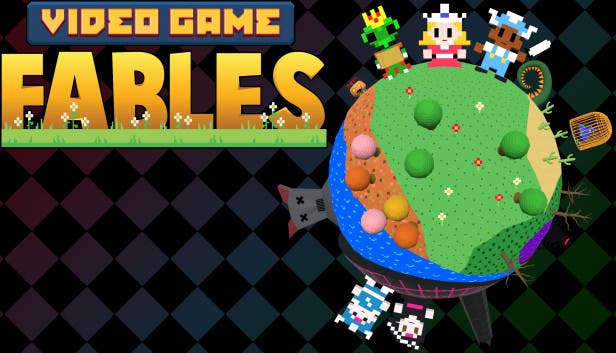 Do you want to play a game that is funny, adventurous, and has some crazy plot twists? Well, then, look no further than Fables, as I think that it is just the game for you. 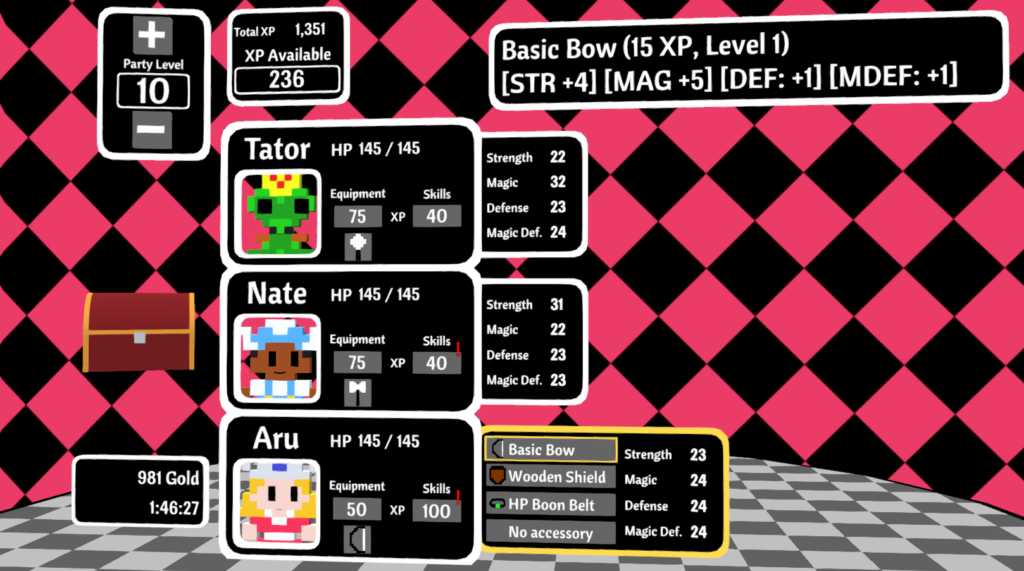 Video Game Fables is an RPG, which stands for role playing game. It’s a kind of open world where you can explore. The game uses a slightly flat art style, moving around in a 3D environment. Fables’ story is interesting. You, the Princess, run away from her castle because she didn’t want to be there anymore. She sneaks into a traveling merchant’s cart, and he takes her away from the castle. She then decides that she actually wants to return home. When she does return, she sees that a forbidden prince & princess have taken over her father’s castle and have trapped the whole castle underground. You then gather a team consisting of other people who were affected by the invading prince and princess, and off on your adventures, everyone goes.

The game’s home base is the underground portion of the castle underground that is locked behind a pink chain. There is also a witch lady who I think likes to cook because she wears a chef’s outfit and she will be able to teach you and your party special moves to use in battle. When you leave the castle, you’ll explore the world above ground. Purple or orange wisps of fog will suddenly appear, and they will constantly follow you until you run into each other. When you do run into one, that’s when a battle begins. The enemies are these weird grass things and balls of gloop. I’ve also seen weird bugs like dung beetles and even celery sticks. It’s a lot of weird things but is pretty cool.

The battles are turn-based, and the turn order is chosen at random at first. But if your move has a quicker stat than anyone else’s, it will go first. The battling in Fables is pretty much like any other RPG that takes turns, like one of my favorite games, Pokémon. So if you love Pokémon too, you will love the battling in this game. The battling works like this, you’ll choose the moves your team is going to do, and you’ll want to pick them fast. One of the neat things about the way this game does battles is that they have a timer that will count down as you’re picking your moves. If you finish picking your moves before the timer runs out, they will give you a higher chance of a crit. So it is better for you to pick moves as quickly as you can. From here, it’s like any other Pokémon or RPG battle, and you’re taking turns till either party dies. If one of your teammates dies in battle, they won’t be able to attack unless you have a way to revive them. If they don’t get revived, they will come back with one hp in the next battle. If your whole team happens to die, though, you have to start over from the last time you saved, which is done at home base with this clock that can talk. He will ask if you want to save of if you’re just wasting his time. So I always save.

To help heal your team after a battle, there are these teleportation devices you can find in the world that goes from the home base to where you found the teleportation device. This is very helpful if you’re low on health and have nothing around to heal. You can use these teleportation devices to go back to base and take a nap in the house of your friend, a friend of yours that likes to take naps. Doing this heals your whole party’s health like a Pokecenter in Pokémon. There isn’t a difficulty choice when you start, and I did find that it was a little hard. I found out quickly that you have to be at the right level for some areas because when I went into this desert area, everyone in my party died very quickly in the first battle there. 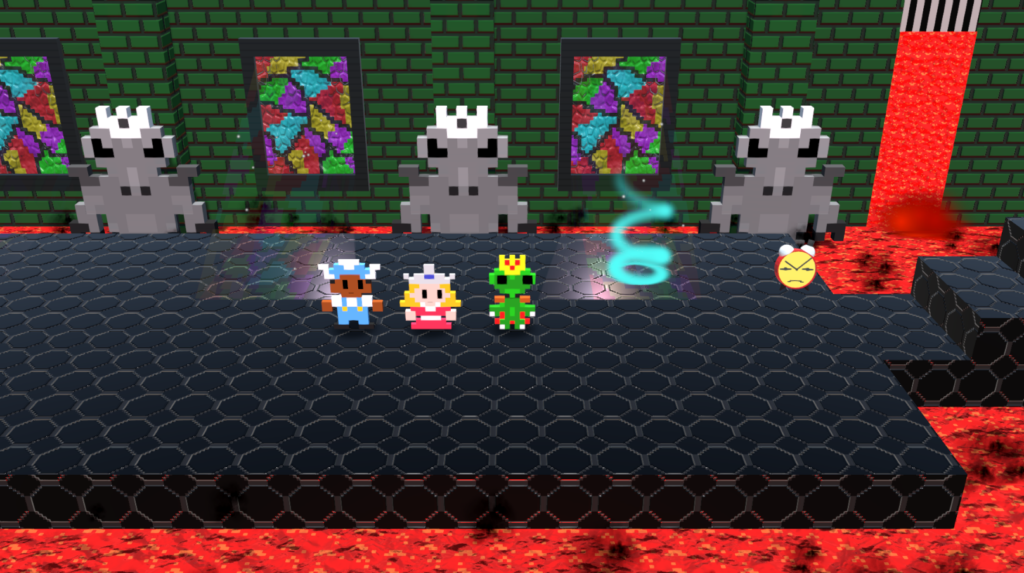 I like this game and the story I really liked it because of some of the weird plot twists that come up and that the writing in the game was really well done. The art was chunky and cute and really made it feel like one of those older games that were flat. I had a lot of fun playing Video Game Fables, and I think that if you like games where you take turns in battle, you too will like this one.