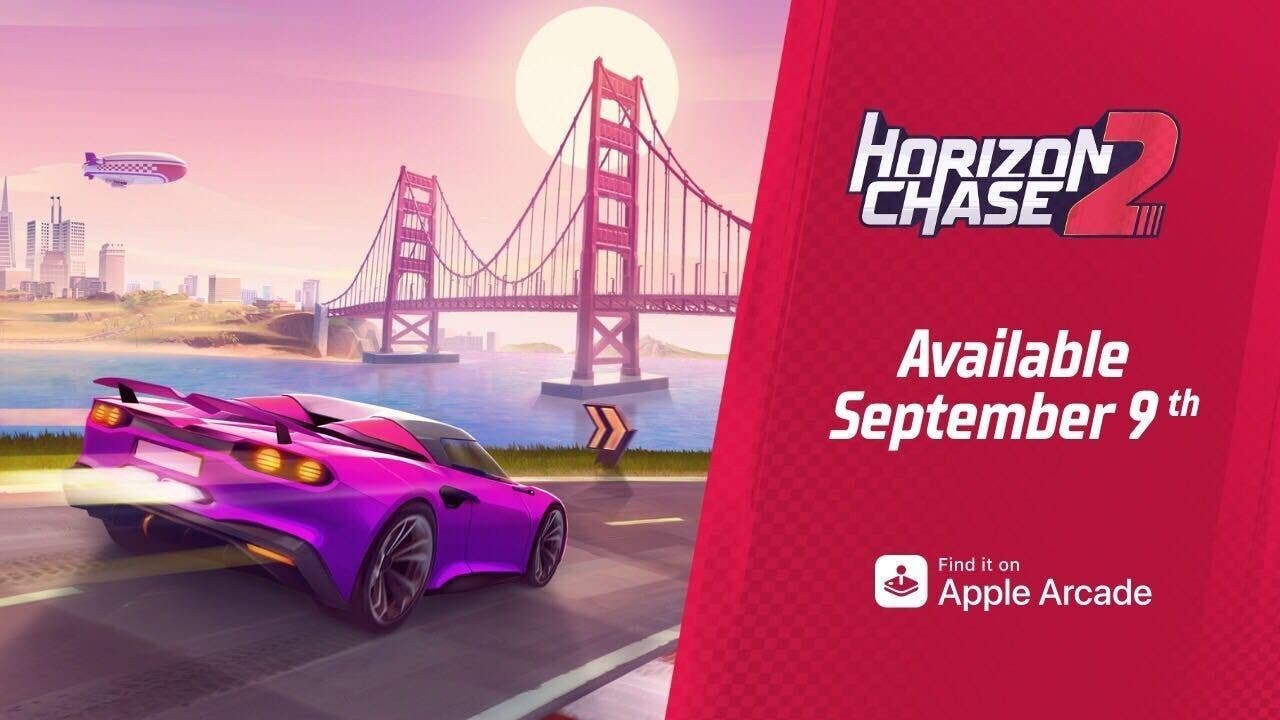 Horizon Chase 2 announced, and is releasing next week onto Apple Arcade with PC and consoles to follow in 2023

Porto Alegre, Brazil.  30 of August 2022 – Brazilian developer AQUIRIS is happy to delight racing fans with the announcement of the sequel to the award-winning Horizon Chase, one of the most successful arcade racers of the last decade. Coming to Apple Arcade this 9th of September, Horizon Chase 2 invites you to race around the world featuring online multiplayer for all game modes, while considerably improving the experience of the first game in every aspect.

Gamers from all ages will enjoy the fast-paced and accessible gameplay supporting online and local multiplayer modes, a super colorful and highly detailed art style and, as it couldn’t be different, the thrilling soundtrack by legendary composer Barry Leitch. Additionally to this big news, in gratitude to the community for their support and to ease the entry to more racing fans to our beloved franchise, Horizon Chase Mobile Edition will be permanently dropping the price of the World Tour Pass by one third, to 1,99 USD!

“Our main focus during the development of Horizon Chase 2 was listening to the players’ feedback about the first game. The community has been supporting us for more than 7 years, and their love for the franchise deserves a new game implementing as many of their requested improvements and changes as possible, as well as adding new features that our team was eager to create.” – aaMatheus Cunegato, Lead Game Designer

Bring your crew to the race! You can play every game mode in online chases with your friends. Assemble a crew with other players to progress together or compete head-to-head with players around the world. Wherever you are, it’s always time to have endless fun in a new era of arcade racing. 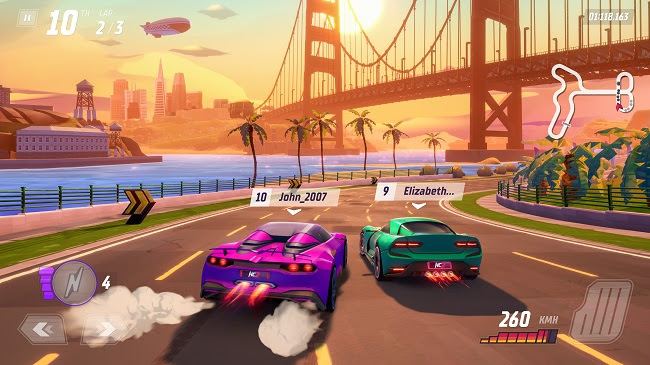 THE ART OF TOURING

Race in 55 tracks distributed in 5 countries around the World in a unique, entirely 3D art style and unlock 10 cars. From the vibrant colors of each landscape to the immersive conditions of different weathers, all enhanced by a thrilling soundtrack made by Top Racer composer Barry Leitch, this game evolves the arcade racing experience to the next level. New horizons will steer you to the beauty of a stunning and inviting visual trip with no return.

GET THE BEST OUT YOUR CAR, CUSTOMIZE IT!

When visiting the Garage Shop players will be able to easily customize several parts of their cars, choosing amongst a wide variety of options making them as yours as possible. Collect new cosmetic items, and upgrade your stats throughout the World Tour. Race in different Game Modes and keep on the cycle of getting new visual rewards. Winning was never so worth it. 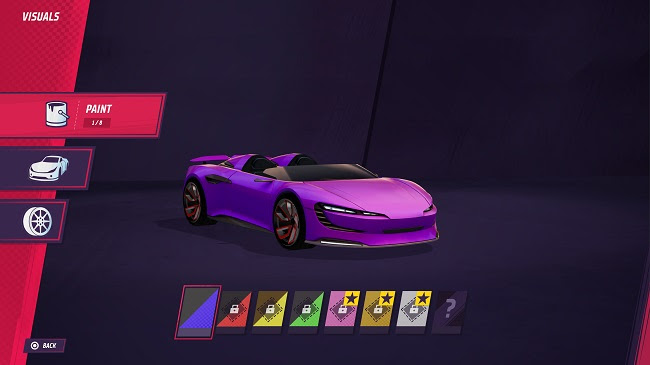 PLAY IT. REPLAY IT

Horizon Chase 2 was born to be a game in constant evolution, with dynamic evergreen events that will invite you to hone your skills and show off your rides. Major Updates will bring up new rewards, the Playground Mode will offer a brand new challenge every two days, the Tournament Mode defies the players to be the best in collections of several modified races from the World Tour mode. Both modes can be enjoyed alone or in groups of up to four players. Every day is an excellent reason to come back and race! 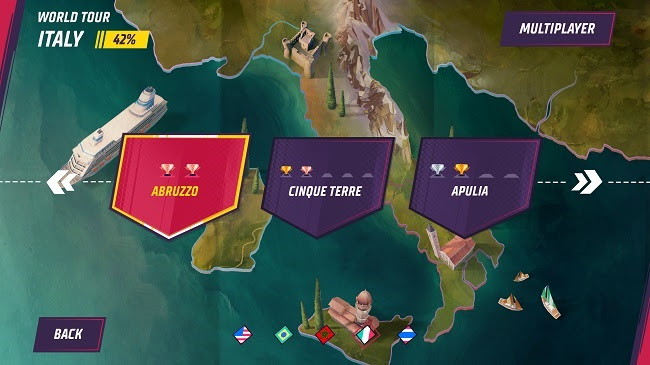