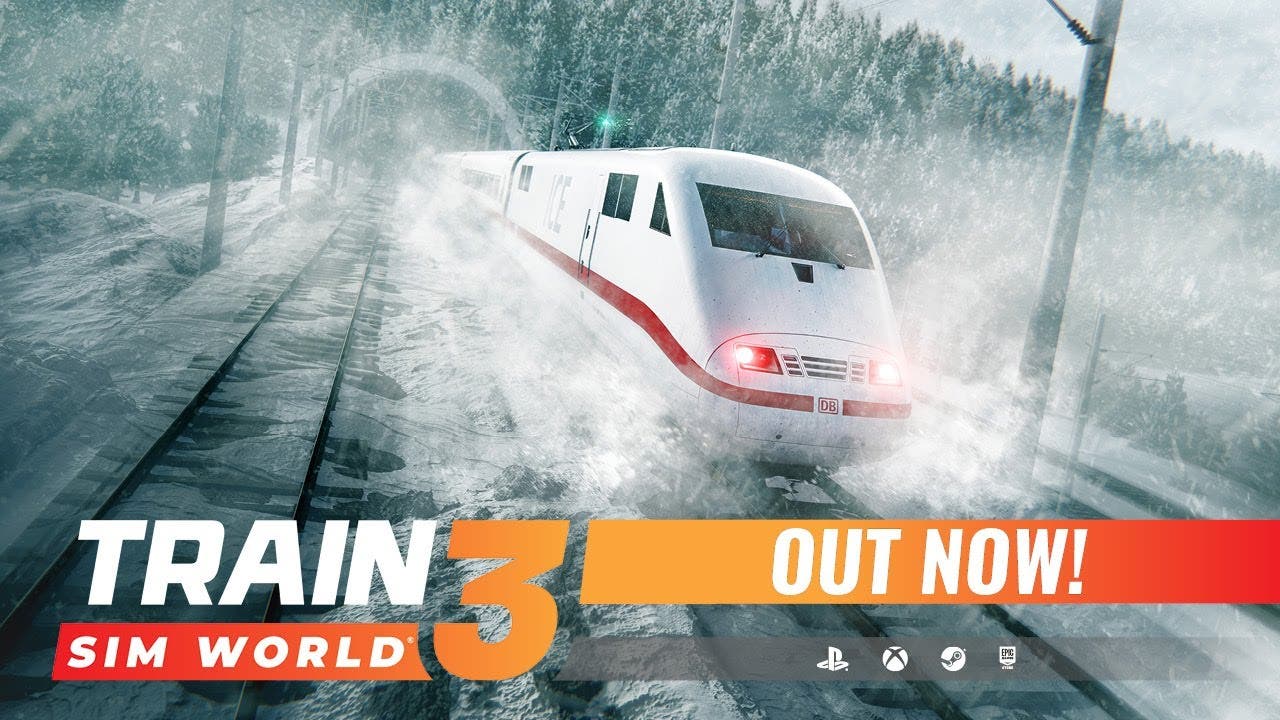 KENT, U.K. Sept 6. – Dovetail Games, developer and publisher of authentic simulation titles, today releases the next leap forward for the Train Sim World franchise, Train Sim World 3, on PlayStation®4, PlayStation®5, Xbox One, Xbox Series X|S, and Windows PC via Steam and the Epic Games Store. The title is also available via Game Pass starting today. Train Sim World 3 continues to break new ground in realism with new weather dynamics, longer routes, and a dedicated Training Center designed for new and experienced players alike. The latest iteration will also support add-ons from Train Sim World 2*, allowing players to carry all the routes and engines they own into Train Sim World 3 to continue playing some of their favorite content.

From today, all players will be able to relish in the challenge of operating through unexpected conditions, with dynamic weather now having a significant impact on locomotive handling and responsiveness. As a result, the all-new Training Center might be the first stop for those wanting to experience adverse weather in a safe environment, with a circular test track and plentiful sidings and points available to practise on in any on the game’s featured locomotives and units.

The three core routes include: California’s Cajon Pass, known for its lengthy freight trains; the high-speed 280 km/h Kassel-Würzburg route in Germany; an extended version of England’s Southeastern Highspeed between London St Pancras and Ashford International and the all-new Training Center. The Deluxe Edition also bundles an improved version of the popular “Spirit of Steam” add-on from Train Sim World 2, bringing players the experience of operating electric, diesel and steam trains all in one release.

The experience can also be personalised courtesy of both the Livery Editor and Scenario Planner, allowing custom paint jobs and self-made scenarios to be made and uploaded to the Creators Club. Here, players can share their creations and download the work of others, fuelling the creative passion of railfans to customise the look of their fleet of locomotives. Those with less time to spend on works of art or scenario planning can instead jump straight into Quick-Play mode which allows the game to select a route and scenario that has not yet been completed, either more or less than 30 minutes long.

But for railfans who simply have a love of trains, Train Sim World 3 can also be a place to enjoy the hobby. Visually stunning scenery and detailed locomotives can be enjoyed from the perspective of the passenger or through carefully considered camera angles and screenshots. Busy AI timetables ensure there’s plenty of action to see and enjoy even outside the cab.